The Gable Stones of Amsterdam

Before Amsterdam had house numbering, they had a curious way of identifying addresses. Each house and building in the city used to have a stone plaque, called gable stone (gevelstenen in Dutch), that was carved and colorfully painted depicting the function the building served. For instance, the gable stone of a paper mill would show the various stages of the paper-making process, and the gable stone of at the butchers’ inspectors office showed in intricate details the carcass of a slaughtered cow while officials in blue coats inspected the quality of the meat. 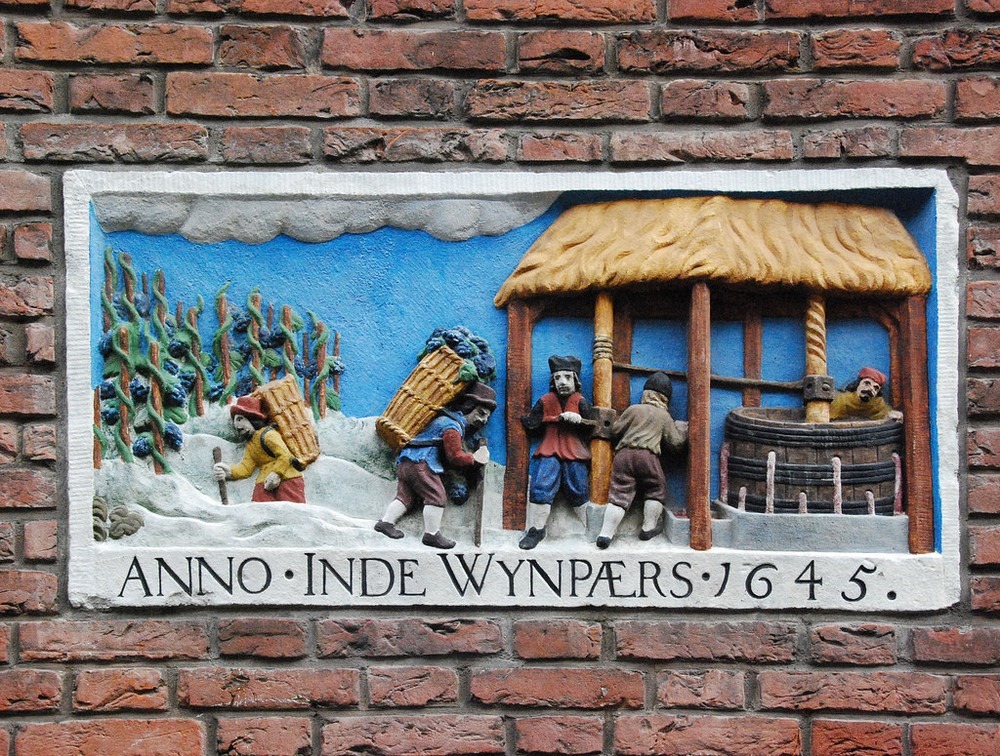 The gable stone of a wine press. Photo credit: Jim Forest/Flickr
Gable stones were handy during the Middle Ages when few people knew how to read or write. These painted tablets represented what the building stood for, or who the owners of the building were without any confusion. A quill pen indicates the owner is a writer. A ship might indicate the owner is a sailor. Some gable stones also served as decorations and talismans, quoting from holy scripture. A pious motto repeatedly found on Dutch gable stones is Nooit Volmaakt (Never Perfect), a testimony to the householder's belief that only God can achieve perfection. Others contained whimsical quotes and visual pun. One example is the "Batenburg" stone from Prinsengracht, Amsterdam, that puns on the words baten (to profit) and burg (castle), which together make up the name of a village near Nijmegen.
Gable stones eventually lost their practical purpose starting 1875, the year Amsterdam introduced house numbering, but the tradition continues to this day.
Some 2,500 of these stones can still be found in the Netherlands, of which around 850 are in Amsterdam and 250 in Maastricht, while others are also found in cities such as Brussels, Lille and Copenhagen. Many gable stones has been relocated from their original location to the Amsterdam Museum for preservation. 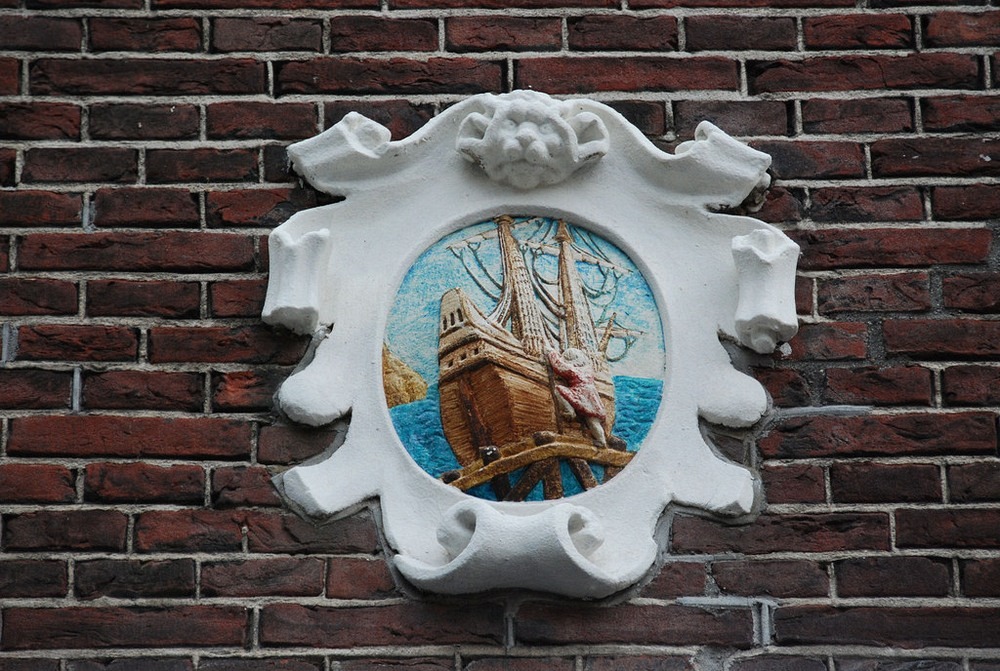 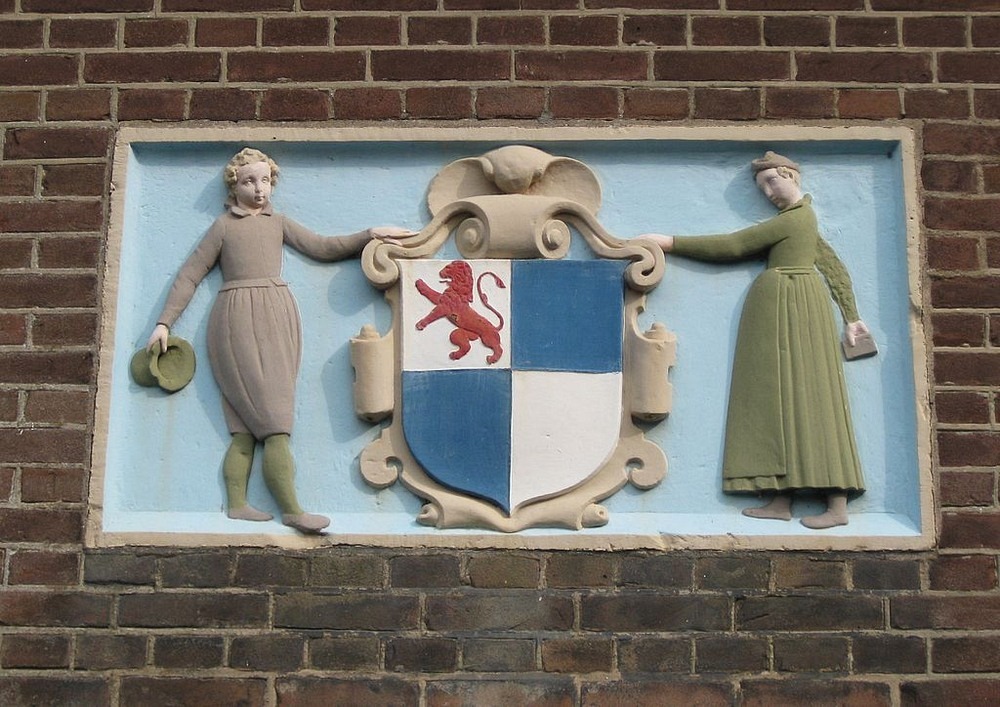 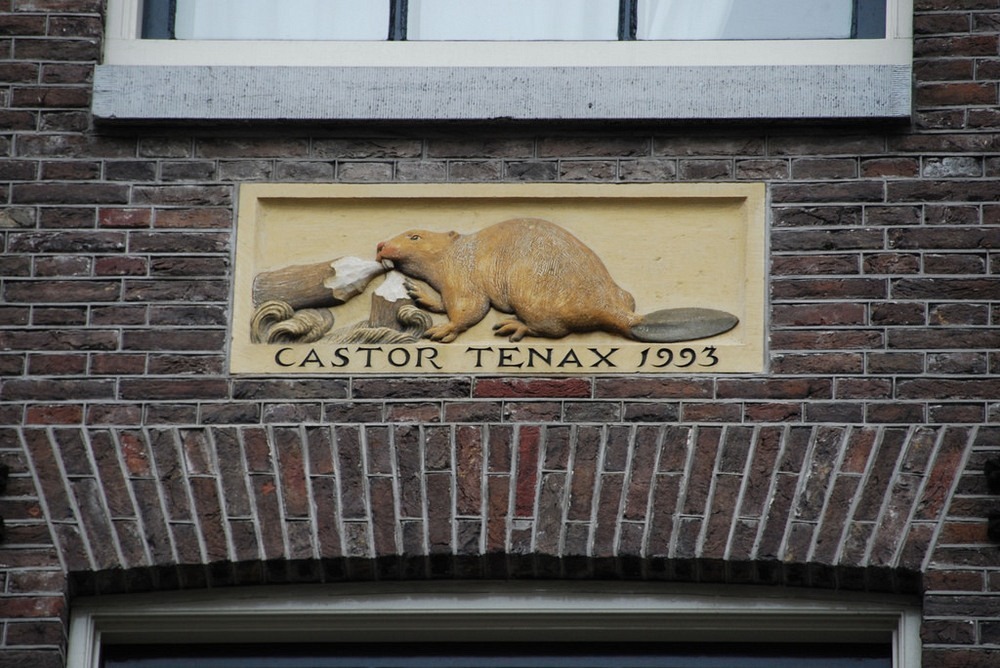 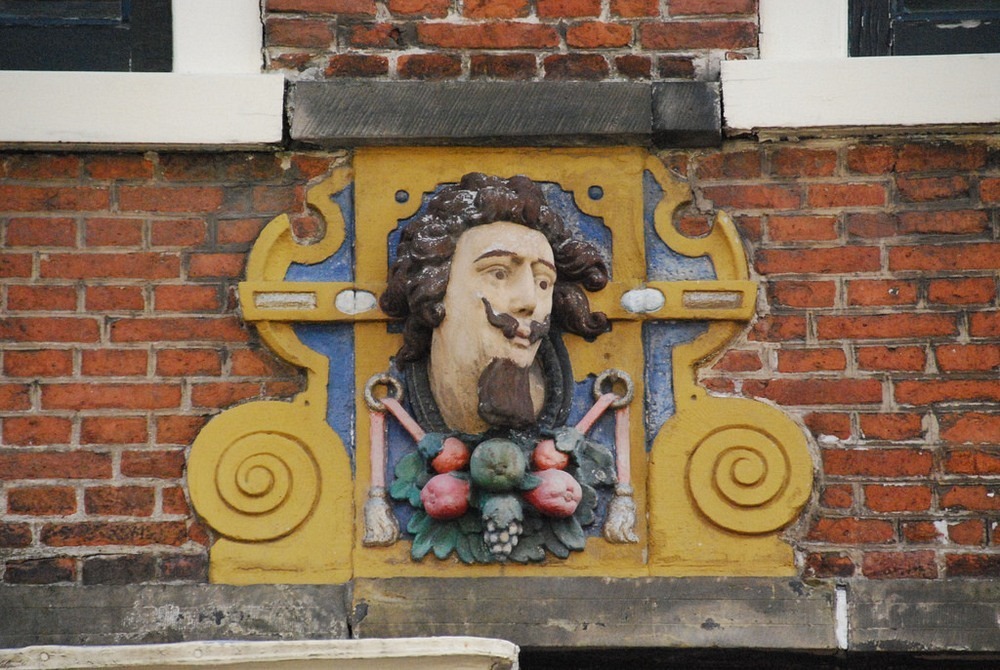 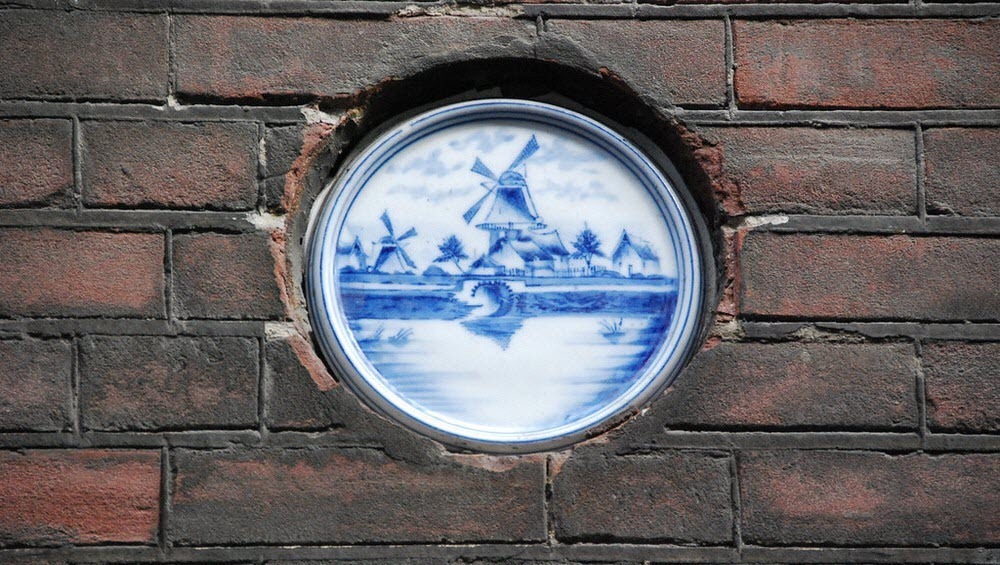 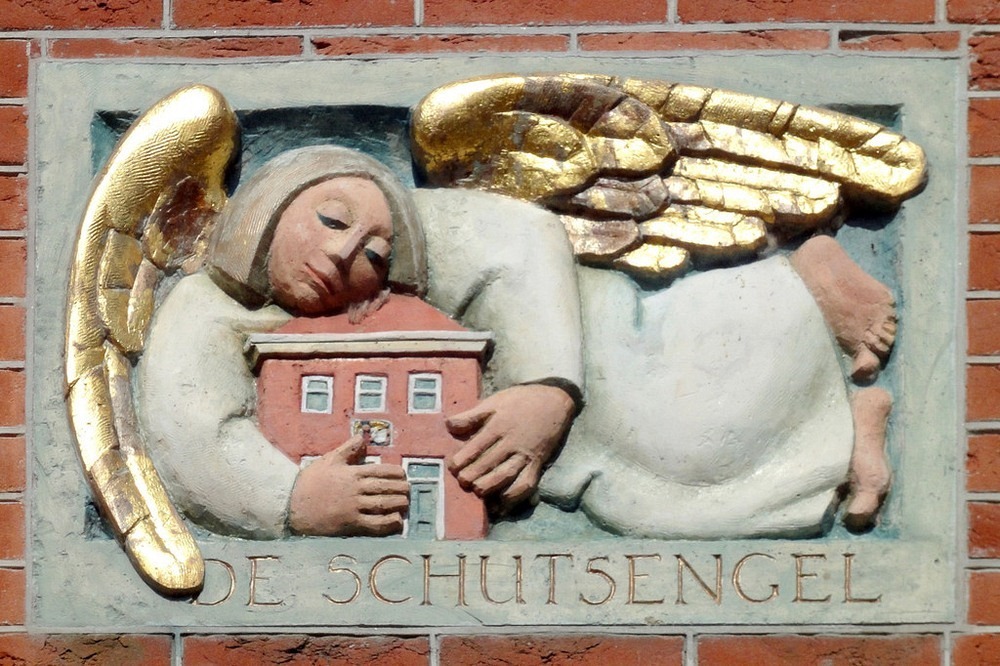 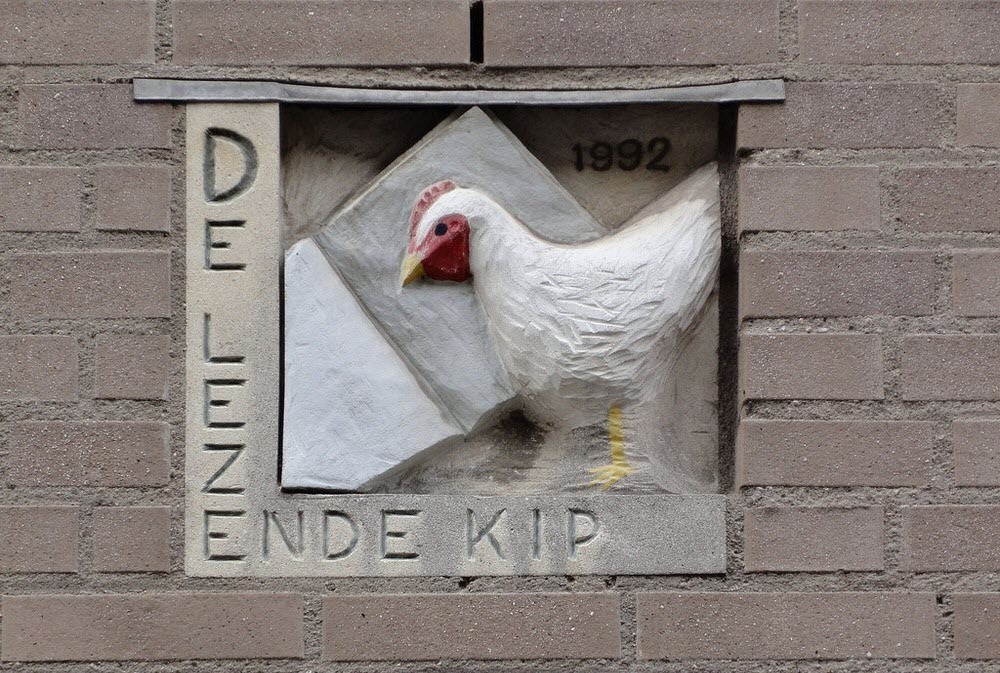 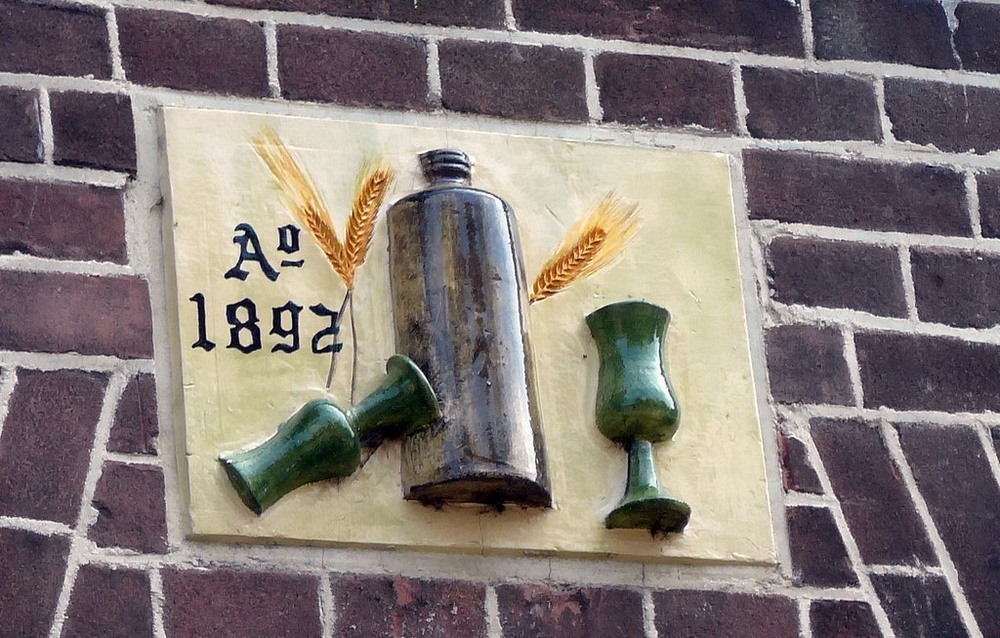