The 'Yellow Vultures' have landed! New LED speed cameras that snare drivers on phone, eating or smoking at wheel are now looming over roads in Britain

This is the new speed camera that uses infrared equipment to catch people eating, drinking and smoking behind the wheel.
The 'yellow vulture' is designed to catch out motorists who are using their phones, but can also spot people not wearing a seatbelt.
And given their different appearance to the familiar yellow cameras recognised up and down the country, you might not even realise you've been caught out.
They have already begun cropping up in the south of England, Devon Live and Essex Live have reported.
If you do spot any, it's guaranteed that another will be lurking nearby - as two are set at a minimum of 200 metres apart.
They are then synchronised to record the times every vehicle passes, achieving this by reading the number plates. 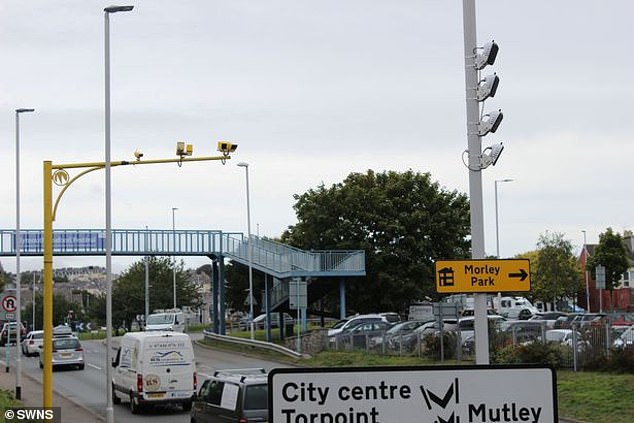 The yellow vultures (pictured in Plymouth) do not share the same colour as their predecessors
The average speed between the cameras will reveal whether or not the driver was speeding.
That means that slowing down right in front of them won't help you, as the computer that calculates the average will be able to determine if you've sped up in between.
Because they use infrared technology, the vultures work whether it's night or day and in any weather conditions.
And it's not just the surveillance that is sharpening, as several UK police forces have warned of less leeway for speeding motorists. 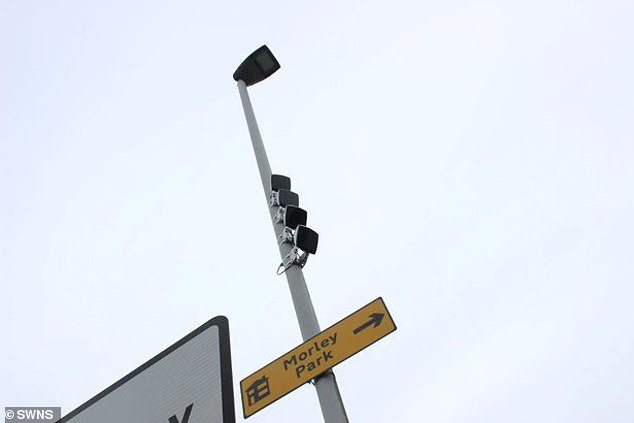 The cameras can spot you using your phone, smoking and eating as well as catching out speeders
Drivers have long assumed that as long they don't go 10 per cent plus 2mph faster than the limit, they'll avoid a fine.
But police have indicated that greater accuracy on the part of new cameras mean they will be able to follow the law with greater rigidity.
The law states that tickets can be issued as soon as a motorist exceeds the speed limit - even if it's just by 1mph.

What are rules on eating, smoking and drinking behind the wheel?