Even before Walt Disney drew up plans for the first Disneyland Park, he knew what to include in it—a rideable miniature railroad. Indeed, he had one in his own backyard at his home in Los Angeles.
Walt Disney was a rail enthusiast, whose love for trains goes back to the time when he was young boy—and it came from family. Disney's father worked as part of a track installation crew for the Union Pacific Railroad, and his uncle, his father's cousin, was a locomotive driver for the Santa Fe Railway. Naturally, Disney was drawn to trains. As a teenager, he worked as a news butcher on the Missouri Pacific Railway, where he sold newspapers, candy, cigars, and other products on trains. Sometimes he would climb into the locomotive itself where he would bribe the engineer and fireman with chewing tobacco to allow him to stay and watch them operate the locomotive. 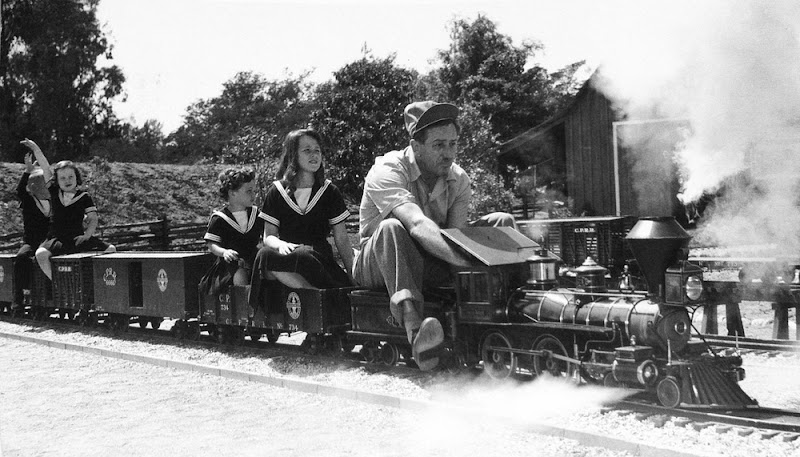 It wasn’t until Walt Disney was forty-six when he bought his first Lionel train set. Lionel was an American company that made amazingly detailed and fully functional miniature trains. But when Disney learned that some of his own employees—Disney animators Ollie Johnston and Ward Kimball—had bigger toys in their backyard, he knew he had to top them.
In 1949, Disney purchased a 5-acre-land in Los Angeles for this purpose. There he laid nearly 800 meters of tracks for his 1:8-scale model steam railway which he named Carolwood Pacific Railroad in reference to his address at 355 Carolwood Drive. In the middle of this layout, completely surrounded by tracks he built his family house. At first, Disney’s wife was not happy about her backyard being completely take over by a miniature railroad, so Disney hid a part of the tracks under a tunnel allowing his wife to plant a flower garden. To please his wife and seal the deal, he named the 1:8-scale steam locomotive Lilly Belle after his wife Lillian.
Disney had the locomotive built at his own machine shop at Walt Disney Studios, based on blueprints for a Central Pacific steam locomotive dated to 1872. On December 24, 1949, the Lilly Belle and its tender were first test run on a small loop of track during the studio's Christmas party in front of the staff. The tender could carry up to 13 liters of water and 4.5 kg of coal crushed to scale-sized lumps to fuel the locomotive. The Lilly Belle debuted on the Carolwood Pacific Railroad for the first time on May 7, 1950.

The layout of the CPRR
The CPRR's rolling stock included, apart from Lilly Belle, six cast-metal, wood-grain-patterned gondolas, two boxcars, two stock cars, a flatcar, and a wooden caboose whose miniature interior Disney decorated with a calendar hung on the wall, a broom, and a working potbelly stove.
As CPRR gained popularity, visitors came to have a look and Disney invited them to ride the miniature train. Lilly Belle was powerful enough to pull a train with up to 12 adult passengers. However, it had one design flaw—it didn’t have brakes. Braking was achieved by putting the locomotive on reverse. In early 1953, a visitor drove the Lilly Belle too fast along a curve, causing it to derail and escaping steam burned a five-year-old girl. Fearing the possibility of future accidents, Disney closed down the railroad and a decade later completely dismantled the tracks.
The locomotive, Lilly Belle, and some of the freight cars, and the caboose are now on display at the Walt Disney Family Museum in San Francisco, California. 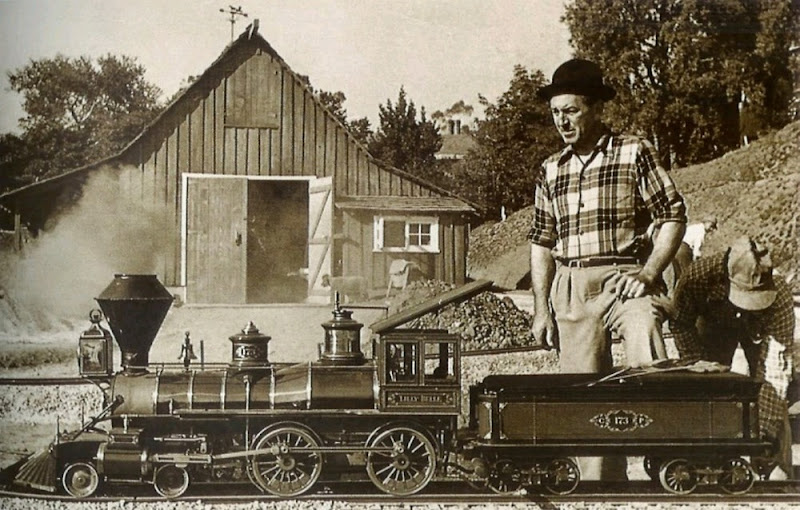 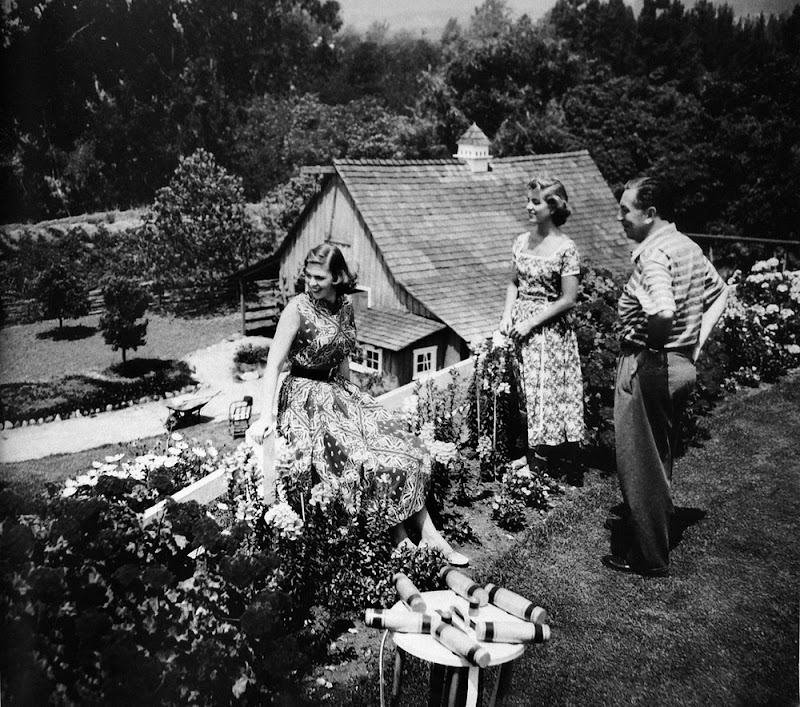 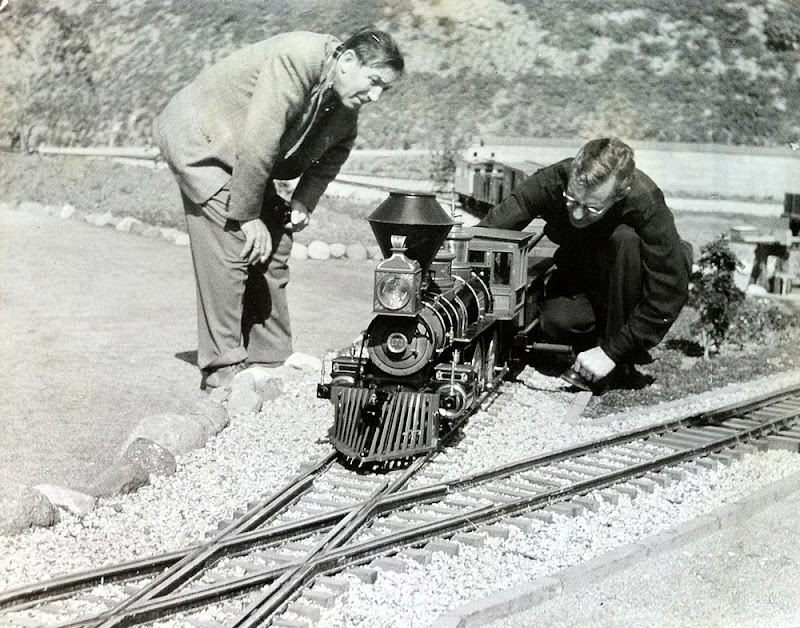 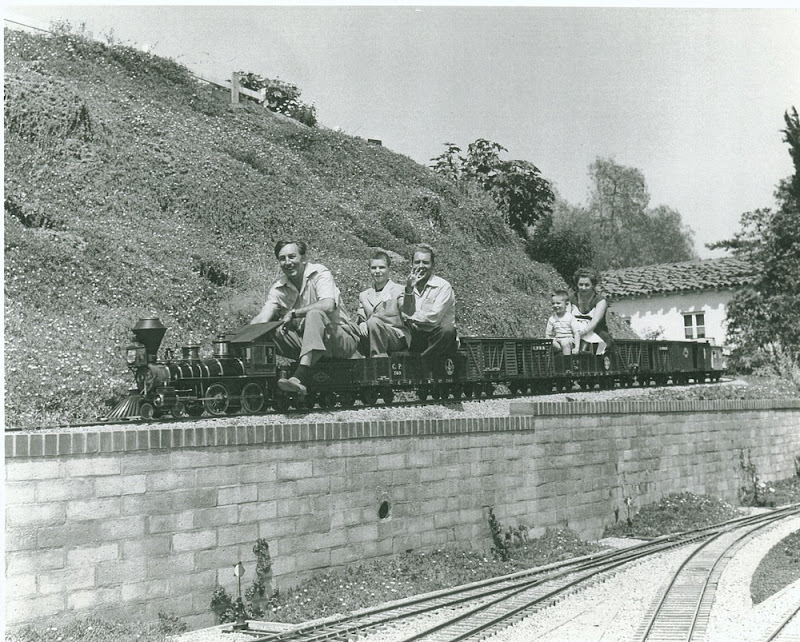 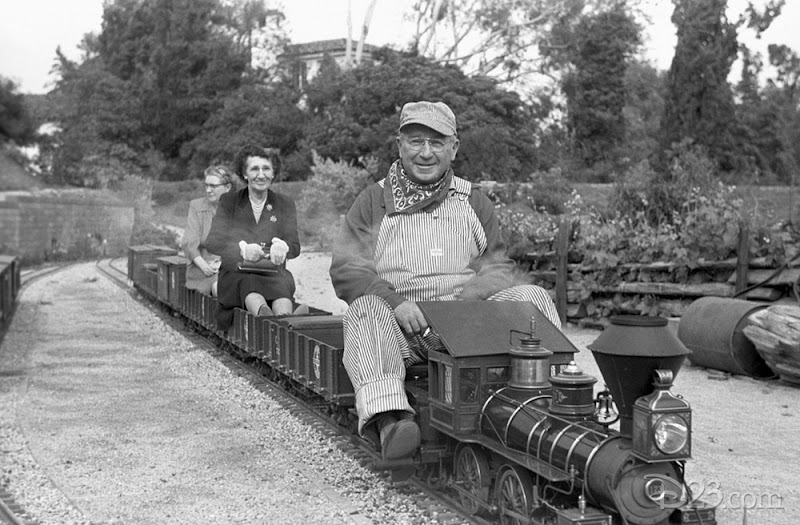 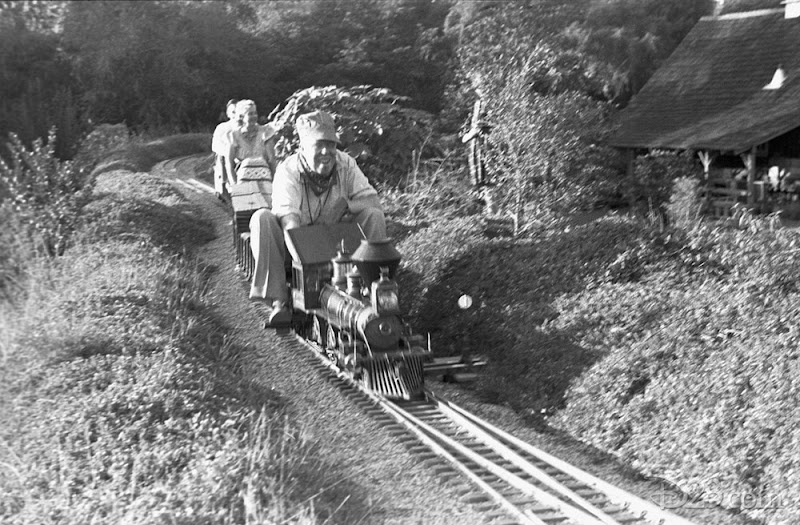