Boy, 11, arrested after refusing to recite 'racist' Pledge of Allegiance 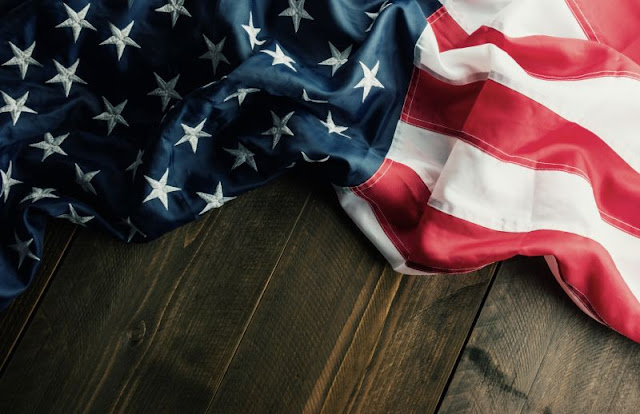 An 11-year-old boy was arrested at school following his refusal to recite the Pledge of Allegiance, and allegedly threatening his teacher.
On February 4th, the 11-year-old student at Lawton Chiles Middle Academy in Lakeland, Fla., was asked, along with his classmates, to stand for the Pledge of Allegiance, according to Bay News 9. Instead, the boy told his substitute teacher that the American flag is racist against black people.
The teacher recapped everything in a handwritten statement to the district. “Why if it was so bad here he did not go to another place to live,” she reportedly told him, and the boy responded, “They brought me here.”
She said, “Well you can always go back, because I came here from Cuba and the day I feel I’m not welcome here anymore I would find another place to live.” She added, “Then I had to call the office because I did not want to continue dealing with him.”
The Lakeland Police Department tells it cannot release public records on a juvenile misdemeanor arrest. Bay News 9 reports the boy was apprehended by a school resource officer because he wouldn’t follow directions, threatened the teacher with violence, and said the officer and the principal should be fired.
“I’m upset, I’m angry. I’m hurt. More so for my son,” mom Dhakira Talbot told Bay News 9. “My son has never been through anything like this. I feel like this should’ve been handled differently. If any disciplinary action should’ve been taken, it should’ve been with the school. He shouldn’t have been arrested.” The boy told Bay News 9 that he never threatened the teacher.
“I want the charges dropped and I want the school to be held accountable for what happened because it shouldn’t have been handled the way it was handled,” Talbot told the station. She is reportedly working with the non-profit company the Poor and Minority Justice Association.
Yahoo Lifestyle was unable to reach either an organization spokesperson or Talbot for comment.
A Polk County Public Schools public relations specialist tells Yahoo Lifestyle that students are not required to recite the Pledge of Allegiance. The district handbook states that kids can opt out “upon written authorization from parent.”
“A student at Lawton Chiles Middle Academy was arrested after becoming disruptive and refusing to follow repeated instructions of school staff and law enforcement,” said the specialist. “This incident followed the daily Pledge of Allegiance in the classroom. Unfortunately, a substitute teacher was not aware of this. We are looking into this matter, but this individual will no longer be allowed to substitute at any of our schools. Our HR department will contact Kelly Services (which provides our substitutes) to further refine how our substitutes are trained.”
Talbot told Bay News 9, “She was wrong. She was way out of place. If she felt like there was an issue with my son not standing for the flag, she should’ve resolved that in a way different manner than she did.”