EXCLUSIVE: Man, 54, 'shoots dead his wife, 27, their 15-month-old daughter, and his wife's grandparents at Texas ranch in horrific murder-suicide' (3 Pics)

A man shot dead his wife, baby daughter, and his wife's grandparents before turning the gun on himself in a horrific murder-suicide at a Texas ranch.
Five people were found dead from gunshot wounds in Blanchard on Monday morning.
Family friends have identified Randy J Horn, 54, as the shooter to DailyMail.com.
They also identified his victims as his wife Ashley Horn, their 15-month-old daughter Ranly, and Ashley's grandparents Lynda and Carlos 'Gene' Delaney, both 72. 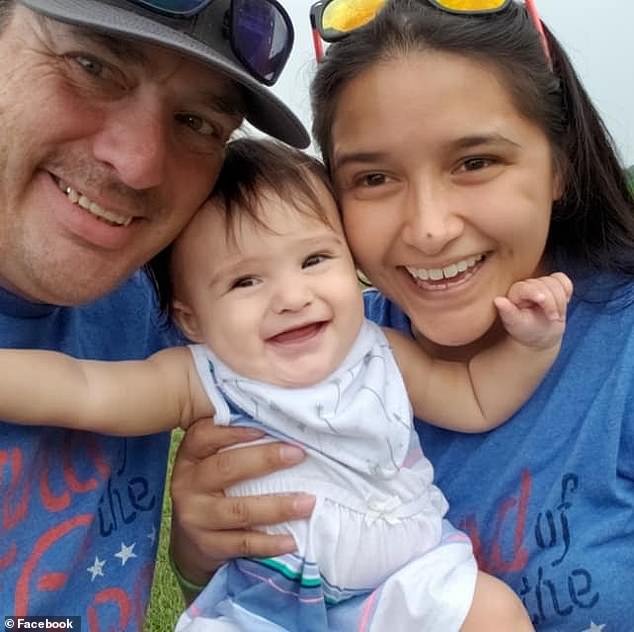 Randy J Horn shot dead his wife Ashley Horn, 27, and their one-year-old daughter Ranly before killing himself on Monday in Blachard, Texas 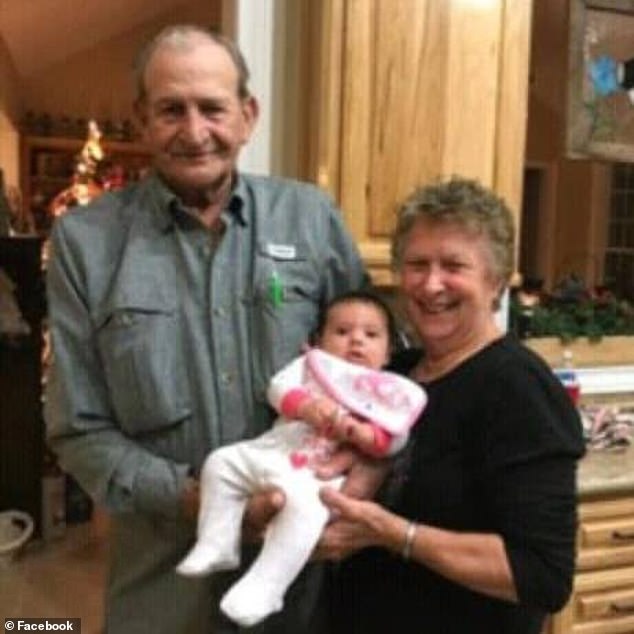 Authorities arrived at the scene after receiving a call around 10.30am reporting that there were multiple assault victims at the Blanchard home, called 'Delaney Ranch' (pictured)


Authorities were called to the scene at 10.30am after receiving a call reporting that there were multiple assault victims at the Blanchard home, called 'Delaney Ranch'.
The home was owned by Lynda and Carlos, their friend Terri Robinson told DailyMail.com.
Ashley had been visiting with her grandparents with daughter Ranly on Sunday night.
Horn and Carlos' bodies were found inside the house, Polk County Chief Deputy Byron Lyons said during a press conference.
Ashley, Lynda, and Ranly's bodies were discovered outside of the residence. Multiple firearms were also found at the scene.
Lyons revealed that the sole survivor of the mass shooting was Ashley's mother, who had been in a back bedroom when she woke up around 5.30am and heard 'popping noises'.
She called her son, who then called police. She was found unharmed in the locked bedroom after police arrived at the scene.
Lyons said Ashley's mother is being questioned so that authorities can better understand the timeline of events. She is not considered a suspect.
Authorities would not say whether Monday's shooting was a murder-suicide but said they are not looking for a suspect.
Terri Robinson, who was close friends with Lynda and Carlos, told DailyMail.com that Ashley had been married to Horn for 'three or four years now'.
Robinson said that Ashley visited her grandparents a lot and that she had heard speculation over why she had gone to Delaney Ranch on Sunday night.
'I was told that she was probably leaving him,' Robinson added.
Robinson said she had met Horn once and immediately had a bad feeling about him.
'He was a lot older than her,' she said. 'I didn't know Randy, so I couldn't make a judgement on him at the time. It's just a vibe I had.'
Misty Robinson, Ashley's best friend of 16 years, told DailyMail.com she had once seen Randy become aggressive after a night of drinking.
'I hung out with them both but I didn't know him that well,' she said. 'He got drunk when I hung out with them once and kept wanting to fight someone in the bar.'
Just hours before he turned a gun on his family, Randy had been at a bar called Players to play poker.
He posted a photo of the floor at the bar covered with splotches of blood. 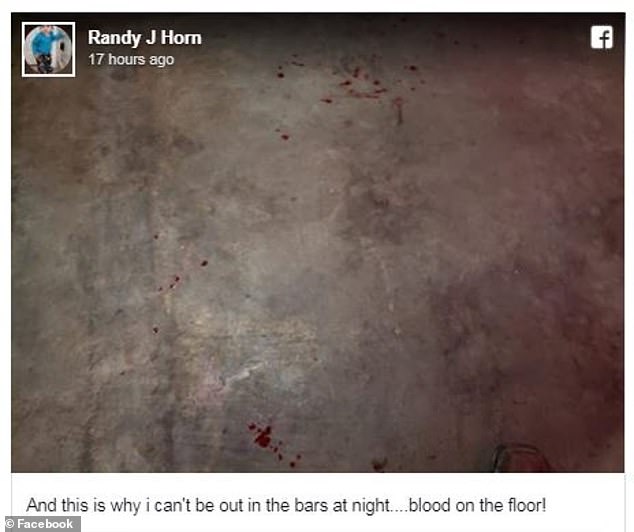 'And this is why I can't be out in the bars at night...blood on the floor!' he wrote in the caption. DailyMail.com has reached out to Players for comment.
On the same day, Horn wrote a chilling Facebook post.
'It's time to pay up for all the bad decisions you made in life,' he wrote. 'Never bet your life on someone because you never know.'
Robinson said she hopes Horn 'rots in hell' for what he did.
'Because that family was the most giving, deserving family I know,' she said. 'They would give you the shirts off their backs.
'It just breaks my heart. It wasn't long ago that Lynda and Ashley came over with Ranly and to know that little precious girl is gone too. She didn't even get to really start her life.'
Robinson said that the Delaney family had been touched by tragedy before. Ashley's brother had died of cancer when he was just nine years old in 2006. Ashley's parents had lost another child before that to SIDS.
'Ashley was strong, so strong,' Misty added. 'We've been through the worst walks in life together.'
Robinson described Carlos and Lynda as 'country people' who were 'very intelligent, funny, and happy-go-lucky'.
'Gene had been fighting cancer,' she said, using Carlos' nickname. 'And Lynda was a great, great person. She could bring a smile to your face.'
'When Ashley smiled, everyone smiled. She had a very beautiful smile.'
'They are going to be very, very, missed. And Gene and Lynda's three children are going to have to pick up the pieces and go on.'