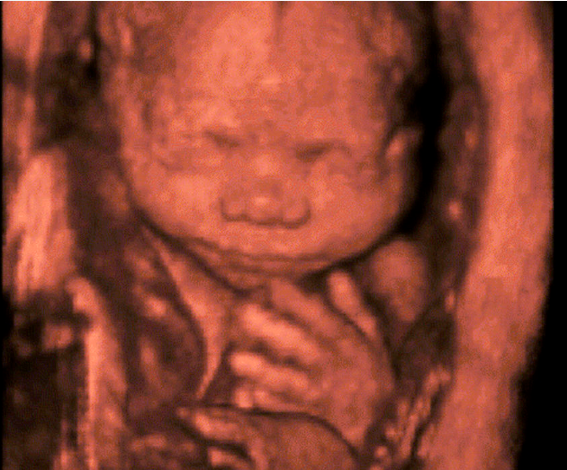 In response to New York's recent decision to allow abortions up to the moment of birth, Focus on the Family has launched "See Life Clearly," the largest pro-life effort in the history of the organization.

The global Christian ministry's campaign will conclude on May 4 with "Alive from New York," featuring live 4D ultrasounds that will be broadcast across the large monitors in Times Square.

"We're looking forward to celebrating life in the middle of Manhattan this coming May. Times Square is known as 'The Crossroads of the World' and we're at a crossroad as a nation regarding life," Focus on the Family President Jim Daly told TheBlaze in an email. "Do we really want to be part of the Abortion Axis of Evil – like China, North Korea and Vietnam that allows abortion for any reason after 20 weeks? We're hearing from people all over the country who are disgusted by the blatant disregard for life. Enough is enough!"

Focus on the Family President Jim Daly believes the images of a baby inside a mother's womb will be undeniable.

"We'll have great speakers. We're going to have music, but we're also going to do a live ultrasound of a third-trimester baby. And with the 4D technology that we have, it looks like a picture of a 1-year-old," Daly told CBN News. "There is no way a person is going to be able to say, 'That is not a child.' It is a child and we want everybody to see it,"

What does the New York law say?

New York Democratic Gov. Andrew Cuomo signed the Reproductive Health Act last month, which permits abortions up to the moment of delivery.
"I think what's happened in New York and Virginia has prompted a response," Daly told CBN. "These politicians that have overreached, in our opinion, when it comes to reshaping the abortion debate."

The law also allows for abortions at any point in a pregnancy if the baby isn't viable outside the womb. Additionally, it moved the regulation of abortion from criminal law to public health law.