'I am not sitting next to a f****** three-year-old, I've been drinking all day': Woman launches tirade over seat near toddler, SPITS at passengers and HITS JetBlue staff before being thrown off flight 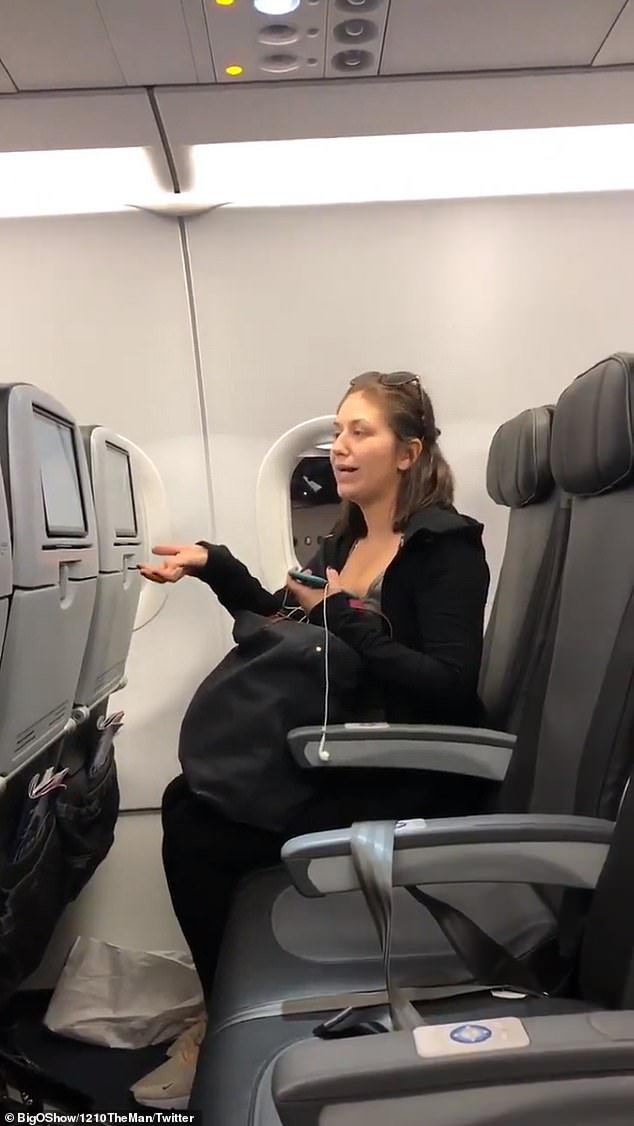 An unruly JetBlue passenger was booted from a flight en route to Las Vegas Thursday after refusing to sit next to a toddler, spewing profanities, spitting on a fellow flier and hitting a member of the cabin crew.
Passenger Orlando Alzugaray shared shocking footage to his Twitter account of the woman, identified as Valerie Gonzalez, 32, having a drunken meltdown after boarding a flight at the Fort Lauderdale-Hollywood International Airport.
'Here's a crazy (drunk) chick getting thrown off of our flight to Vegas @JetBlue in Fort Lauderdale,' he wrote in the video post.
Gonzalez is heard in the clip bemoaning about her poor treatment on the plane after 'calling someone old'.
Gonzalez is seen speaking over the phone with an unidentified person and telling them: 'I didn't do anything wrong.'
Moments later, she unleashes a profanity-filled temper tantrum after catching a glimpse of other passengers filming her.
The woman shouts across the plane: 'Oh, you wanna tape me? Make, this viral, b**** a**!'
She is seen shortly after spitting on a passenger sitting in the seat in front of her.
She then stands up and screams: 'Make this viral! You wanna make this viral, make it viral. What the f*** did I do? I called someone old cause they were?
'Alright, I'll get my bags. I'll take my f****** s***,' Gonzalez adds. 'F*** all ya'll.'
Prior to the recording, the woman refused to sit next to a toddler, citing that she had been drinking for hours beforehand.
According to an arrest affidavit, Gonzalez initially said: 'I'm not sitting next to a f---ing 3-year-old. I've been drinking all day.'
The woman attempted to re-enter the plane after being kicked off, but was refused entry by a JetBlue agent, who she then hit over the head.
Gonzalez was arrested at the airport after the meltdown and booked to the North Broward Bureau jail for battery.