Michael Avenatti says he has new video evidence of R. Kelly having sex with a 14-year-old girl and urinating on her as she calls him 'daddy' (3 Pics) 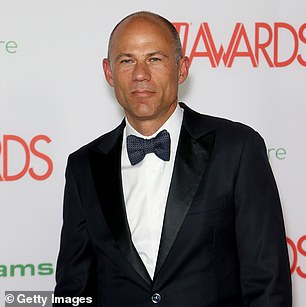 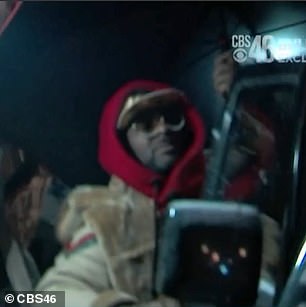 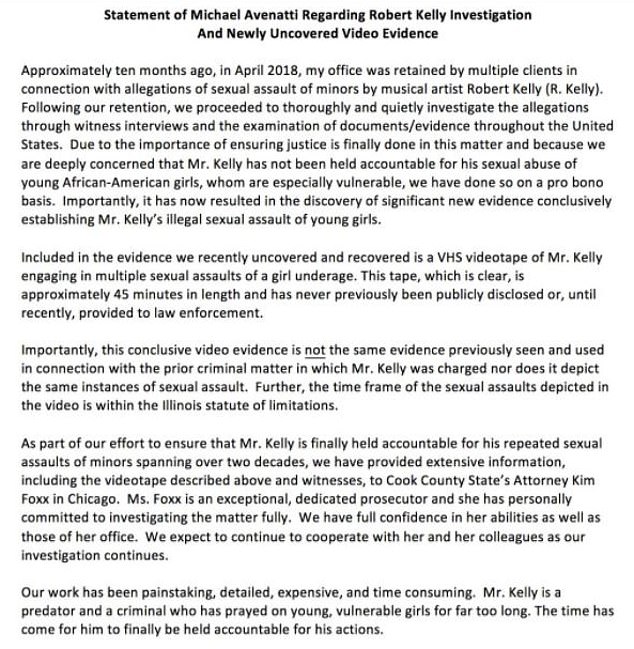 Attorney Michael Avenatti says he has new video evidence of singer R. Kelly having sex with an underage girl.
Avenatti said on Thursday that the 45-minute tape clearly depicts Kelly 'engaging in multiple sexual assaults of a girl underage'. He said he has turned over the video to Chicago prosecutors.
Prosecutors in Illinois are moving to indict the 52-year-old Kelly, and he may be arrested imminently, a senior law-enforcement official told the New Yorker's Jim DeRogatis, who first anonymously received and exposed another tape in 2002 that allegedly depicted Kelly.
Cook County State's Attorney's Office tells DailyMail.com that it cannon confirm or deny that it has opened a fresh investigation into Kelly.
The singer is facing possible legal repercussions after he was filmed exiting his studio well past the curfew assigned by the Chicago Housing Authority and a judge earlier this week.
The new video shows a man appearing to be Kelly performing sex acts with a girl who calls him 'daddy' and repeatedly refers to her '14-year-old p***y', according to CNN, which claims to have viewed the tape.
The video contains two scenes. One is apparently in a living room and another in a bedroom. A naked man who appears to be Kelly is seen performing multiple sex acts with the girl.
At one point, the man asks the girl to urinate. After she does, he urinates on her, according to CNN.
Kelly's attorney, who has denied previous allegations of sexual misconduct, couldn't immediately be reached for comment.
Foxx asked potential victims to come forward last month after Lifetime aired a documentary revisiting the allegations against Kelly. In that series, women said Kelly kept them in abusive sexual relationships.
Avenatti says his video isn't the same as the previous tape uncovered in 2002, which seemed to depict Kelly in similar sexual acts as the new video.
The first video was used as evidence in Kelly's 2008 trial, when he was acquitted on child pornography charges.
Prosecutors said that that tape depicted Kelly, who was then 35, having sex with a girl as young as 13. But Kelly was acquitted after the girl and her parents declined to testify.
At the 2008 trial, a witness named Lisa Van Allen testified that Kelly kept a duffel bag full of apparent sex tapes with him at all times.
'He carried it everywhere with him. Wherever he was at, the bag would follow,' she testified.
Other testimony at the 2008 trial centered on whether a black mark seen in the video is a mole that Kelly is known to have on his back.
The new video clearly shows a small mole the man's back, just to the left of his spine, according to CNN.
Avenatti described the new video evidence as a VHS tape that is clear, and has never previously been publicly disclosed or provided to law enforcement.
He said that the sexual assaults allegedly depicted in the video occurred within the Illinois statute of limitations