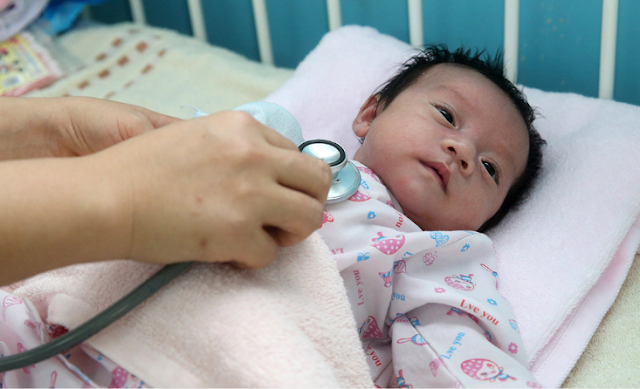 The Mississippi Legislature on Wednesday passed bills to ban abortions after an unborn baby's heartbeat is detected — usually at about six weeks — Live Action reported.

The "heartbeat bills" passed by the state Senate and House offer no exceptions for victims of rape or incest, according to The Clarion Ledger. There are, however, exceptions if it is believed the pregnancy could cause serious harm or endanger a woman's life.

If either bill is ultimately agreed to and signed into law, abortions would be illegal in Mississippi as soon as a heartbeat is detected. Mississippi Republican Gov. Phil Bryant has said he would sign a bill banning abortion as early as six weeks.

What was the debate?

Republican Sen. Joey Fillingane presented the bill in the Senate, according to the Clarion Ledger. That prompted Democratic Sen. Derrick Simmons to ask Fillingane if he was aware that Mississippi has spent $1.2 million defending in court a previous 15-week abortion ban, which was struck down by a federal judge.

During discussion, Simmons began asking a question: "Do you think it's a wise use of taxpayer money—" but before he could finish, Fillingane interrupted and said, "Absolutely."
Republican Sen. Michael Watson defended his colleague by asking, "Is it worth $1.2 million? What is a life worth?"

Fillingane also said that with Justice Brett Kavanaugh on the U.S. Supreme Court, a different ruling could prevail.
"These decisions may swing in a very different decision now," Fillingane told Simmons.
Republican Sen. Angela Hill, one of the authors of the Senate's heartbeat bill, gave an emotional speech about the issue.

"Times are changing in this country," she said, the Clarion Ledger reported. "We can see more of what's happening in the womb. ... We can see that heart beating with those tests and I've had those tests and they're not so bad."

"I see in this country that we protect sea turtle eggs and we protect other endangered species of animals with a greater degree of scrutiny and zealousness than we protect a child in the womb that has a beating heart," Hill continued. "The womb should be the safest place in the world for an unborn child. I'm asking Mississippi to be different."
Democratic Sen. Deborah Dawkins, a former nurse, called the idea of a heartbeat bill a "misnomer."

"In my opinion and the opinion of a lot of scientists, the heartbeat bill is a misnomer," Dawkins said. "What is called a heartbeat by some is pulsating embryonic tissue that may become a heart."

In a statement, Planned Parenthood Southeast complained that the bills would essentially outlaw abortion before many women "even know they're pregnant."
"Individual rights and freedoms go to the heart of who we are as a country, including the right to access safe and legal abortion," said Felicia Brown-Williams, the Mississippi director at Planned Parenthood Southeast Advocates.