'My son, 29, died on pal's sofa from drugs cocktail - one law change could have saved him' 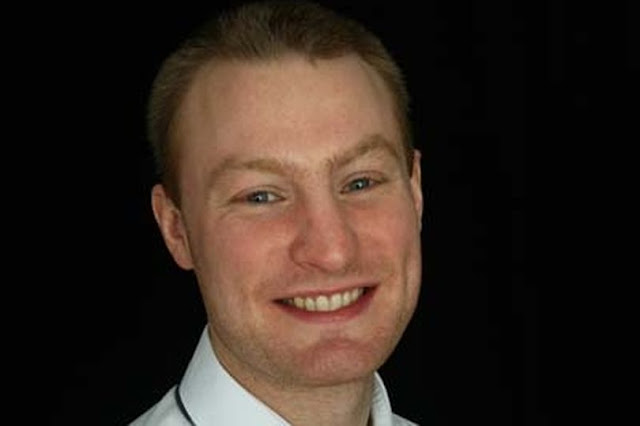 A heartbroken dad whose young son died from a lethal concoction of MDMA and heroin is now calling for Class A drugs to be LEGALISED.
Andy Cowan, 57, believes his boy, Daniel "would have woken up the next day" if he'd been able to buy the illegal drugs from a pharmacy.
Instead, he says the 29-year-old was given the substances - which had been sold on the Dark Web - by a pal while out celebrating a new job.
The following day, he was found unresponsive on his friend's sofa in Linlithgow, Scotland, and medics were unable to save him.
Today, grieving dad Andy says he feels no anger towards the man who gave his son the drugs cocktail before his death in 2016.
But he claims the law urgently needs changing.
The father believes drugs should be legalised to make it safer to buy banned substances - and has even met Prime Minister Theresa May , his constituency MP, in his bid to make this happen.
He argues that if substances such as ecstasy could be bought over the counter, pharmacists could ensure deadly quantities are not packed into pills.
He said: "If he [Daniel] had been able to buy it from a pharmacy he would have had his high, but he would have woken up the next day and we wouldn't be a devastated family.
"He made a bad decision and it cost him his life."
He warned that current prohibition laws mean dealers can sell drugs filled with "toxic poisons" and users do not know what they're taking.
Andy said: "I had a meeting with Theresa May and made these points, but she said 'Don't think there wouldn't be a black market?'
"I said I get that, just like there's a black market in alcohol and tobacco, but at the moment the black market is 100% of the market for illegal drugs."
Describing Daniel, his middle son, he added: "He was a maestro of fun.
"He would light up the room, to lose all that from our lives was absolutely devastating."
Daniel's pal, who allegedly gave him the drugs, did not attend the funeral, but Andy said he wouldn't have been angry with him if he did.
The man tragically died himself a year after Daniel lost his life. Although he had been questioned by police after the July 2016 incident, he was never charged.
Andy said: "There's no point in being angry and bitter against him, because the two of them were collaborating and taking recreational drugs.
"Daniel was 29, he knew what he was doing. What would be the point in being bitter towards his friend?
"If he had been at the funeral I wouldn't have been angry at him. It was an accident."
Daniel took a mixture of heroin and MDMA, and Andy said police suspect fentanyl may have been present in the mixture as well.
"It gives you more bang for your buck, but it's absolutely lethal," he said.
And the father believes that scientists should be concentrating on finding highs which are not lethal.
"Which scientists are working full out to find the best possible high at the best possible safety?" he asked.
"No one is doing that because we're all just imagining that no one takes drugs because it's bad and illegal.
"It wouldn't be a free-for-all."
Following his son's death, Andy said he had decided to retire from his job as a senior executive at a wealth management company.
"I was struggling to cope and trying to carry on," he said.
"I got through 2017, but I decided I needed to be spending more time with my wife and my other two sons."
He is now a supporter of the Anyone's Child network, which supports families who have lost members to drugs.
A statement from the organisation said: "No one doubts that drugs can be dangerous – that’s why we should do all we can to prevent children and young people from taking them.
"But banning drugs and criminalising those who get involved with them causes even more harm.
"Drug-gang violence, countless lives ruined by criminal records for possession, and entirely avoidable deaths from contaminated street drugs – the damage caused by the current approach can no longer be ignored.
"We need to move beyond fear, discrimination and punishment, and towards drug laws that are centred around honesty, compassion and health."