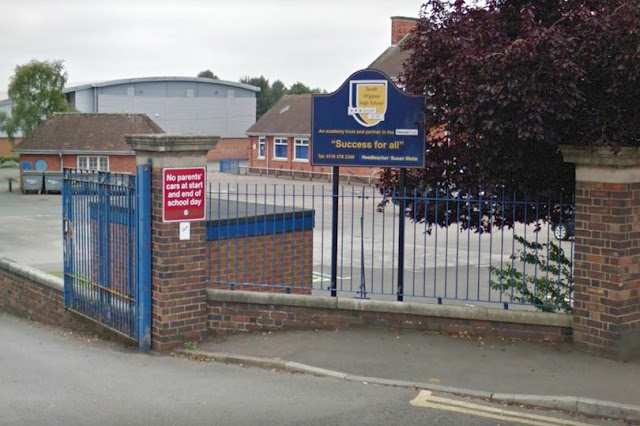 Parents have compared a school's new mobile phone policy to being charged "ransom" to retrieve property.
South Wigston High School in Leicestershire has introduced a policy to tackle the problem of students being caught with mobiles.
It requests parents pay £2 if their child has their mobile confiscated.
But some guardians have reacted in fury to the move, Leicestershire Live says.
One parent, who asked not to be named, said: "If my kids went to a school with this policy in place I definitely wouldn't be nice about it.
"In my eyes it is my property that is being held at ransom."
The policy states that "failure to comply" will lead to the student being sent to the "launchpad", which is used for detention.
It's believed the cash goes to charity.
Other parents welcomed the decision.
Another parent said: "Most kids take a phone, but if they are using them in class then staff are taking them off them.
"They are the rules.
"I've been there to pick one up for a £2 charge, but it didn't seem so bad when I found out money goes to charity.
"Kids shouldn't be taking them to use when at school - they take over their lives enough at home, so I think it's a good rule."
Leicestershire Live approached the school but it refused to comment.
However, the rule, which can be found within the school's behaviour and rewards policy, states: "Mobile phones – these should not be brought into school.
"If it is essential for a child to bring a mobile phone it must be handed into reception before the start of school and collected at home time.
"Parents may request urgent messages to be passed on via the school office.
"Alternatively, there is a pay phone for student use when permission is given by a senior member of staff.
"Students caught with mobiles will be expected to hand over the device and it will be placed in the school safe.
"An adult will need to collect it and pay an administration charge of £2."