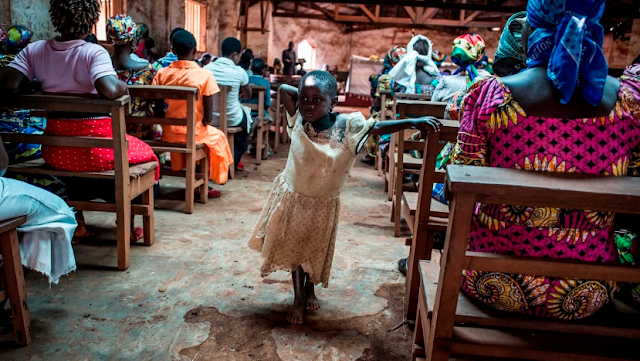 As an Ebola epidemic spreads in the Democratic Republic of the Congo, researchers say multiple women have come forward reporting that they were offered medical treatment such as vaccinations in exchange for sexual favors.

The reports of exploitation were revealed during a recent national task force meeting in the city of Beni, according to The Guardian, and were based on feedback from focus groups conducted by researchers from the International Rescue Committee.
Trina Helderman, a senior health and nutritional adviser for aid organization Medair, asserted that given the DRC's track record, authorities battling the crisis should have anticipated relief efforts would be compromised.

"This region of DRC has a long history of sexual violence and exploitation of women and girls," Helderman said. "Humanitarian actors should have been more prepared to put safety measures in place to prevent this from happening."
Congo's health minister told Agence France-Presse Friday that more than 500 have died since the outbreak began in August, but that more than 76,000 people have been vaccinated — preventing thousands of deaths.
The government acknowledged that in addition to reports that women were being offered vaccinations in exchange for sex, separate rumors were swirling on social media that women were selling their bodies in order to gain employment in the ranks of those fighting the epidemic.

Such reports underscore the already existing distrust of the public against health care workers in the country, some of whom have been killed trying to treat vulnerable populations in the war-torn nation.
The discord is one of the reasons the World Health Organization fears that in spite of the effectiveness of the Ebola vaccine, there is a high risk that the virus could spread to other countries such as Rwanda, South Sudan and Uganda.

Despite having among the world's largest untapped mineral reserves, DR Congo is the third poorest country in the world due to years of political corruption and perpetual war. Ongoing attacks from a Muslim militant group called the Allied Democratic Forces have further hindered efforts to quash the country's current Ebola outbreak, which is the second largest in history.