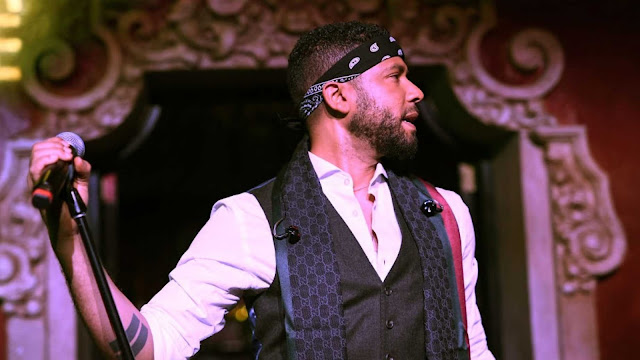 As reports continue to stream in about the investigation into "Empire" star Jussie Smollett's alleged "hate crime" attack — which police say evidence increasingly suggests was "staged" by the actor in coordination with two Nigerian brothers — #HateHoax has begun trending on Twitter, with users not only commenting on the Smollett case but also providing flashbacks to recent high-profile "hate crime" hoaxes.

Smollett's case took a dramatic turn on Saturday when police revealed that the two Nigerian brothers detained for questioning on Wednesday were released Friday without charges because they were no longer "potential suspects" but, instead, were "fully cooperating" with authorities. That cooperation has included the two men telling police that Smollett allegedly paid them a total of $4,000 to stage the January 29 attack in a predetermined location. Smollett told the police and the press that he was the victim of a "racist" and "homophobic" attack by two Trump supporters who yelled, "n***er," "f***ot," and "This is MAGA country!" while beating him, pouring bleach on him, and putting a noose around his neck.
Smollett has since lawyered up and, since the bombshell reports Saturday, has thus far refused to go in for further questioning by the Chicago Police Department. On Monday, multiple outlets reported that sources close to the investigation say they were told Smollett may have orchestrated the attack because he was upset that a threatening letter allegedly sent to him did not get a "bigger reaction" from the media — a claim which, like many of the claims made so far about the case, police have not confirmed.
But while there are still a lot of questions to be answered and claims to be either confirmed or denied, backlash to the bizarre case has been gaining momentum. While the mainstream media that largely reported Smollett's initial story unquestioningly has been playing damage control, social media users have taken to platforms like Twitter to weigh in on the potential "#HateHoax." In a thread that has stirred up a lot of attention, one independent journalist has used the platform to publish an incomplete but still lengthy list of recent hate crime hoaxes that has gained traction online.
Below are a few examples from hundreds of responses online to what many now suspect to be another hoax. First up, a few tweets from two high-profile figures who couldn't be further apart on the ideological spectrum: Donald Trump Jr., who has some fun calling out the left-leaning media and celebrities, and Alyssa Milano, a left-leaning celebrity who's so disappointed by the news that she can't bring herself to utter the name of "that man."
"Shocked, I really thought MAGA folks (who are all over downtown Chicago) were waiting with a rope/bottle of bleach to ambush a righ guy at 2am in minus 4 degrees because those are conditions where all people go out for Subway rather than order Seamless. Seemed so real," Trump Jr. wrote Sunday in one of a series of posts.
"If that man staged his own attack he is wrong in so many ways," wrote a disappointed Milano Monday. "No one could be that hurtful? To stage this? Right? To f*** with all of us by playing into our weaknesses & make it even harder for victims to come forward?! No one could choose to be that hurtful? Right?! RIGHT?"

Shocked, I really thought MAGA folks (who are all over downtown Chicago) were waiting with a rope/bottle of bleach to ambush a righ guy at 2am in minus 4 degrees because those are conditions where all people go out for Subway rather than order Seamless.
Seemed so real 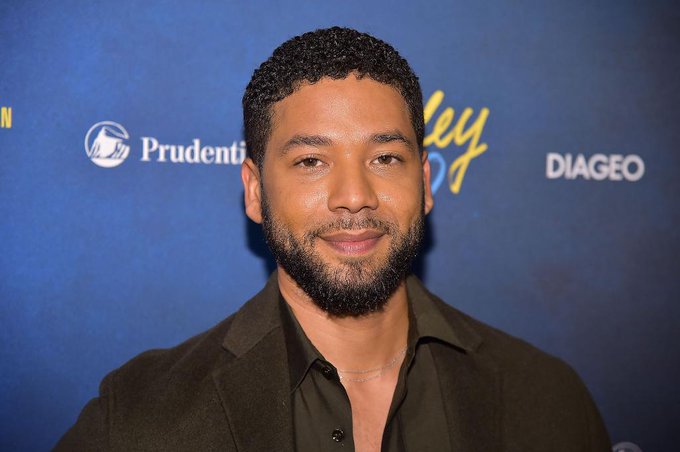 10.2K people are talking about this

If that man staged his own attack he is wrong in so many ways.

No one could be that hurtful? To stage this? Right?

To fuck with all of us by playing into our weaknesses & make it even harder for victims to come forward?! No one could choose to be that hurtful? Right?! RIGHT?

13.2K people are talking about this
More from Trump Jr, including some retweets from conservative media:

Hey Hollywood and media types, I’ve noticed a lot of you deleted your #JusticeForJussie tweets... what’s the matter, don’t you want justice for him anymore??? #frauds

27.8K people are talking about this

Not that anyone believes the false statements to the contrary, but those credulously pushing the Smollett story included White House correspondents, media reporters, major media news producers and more. http://bit.ly/2Xj1XKW

Brian Stelter is pushing the false claim the media was "really careful" with its reporting of the Jussie Smollett hate crime hoax.
breitbart.com

2,738 people are talking about this

They wouldn’t have to damage control if it wasn’t so obvious that they desperately wanted this kind of anti-Trump coverage to be true. You can hear the joy in their voices when reporting even the most asinine stories. They can’t help it. See Smollett, Covington, Russia etc...

6,852 people are talking about this

Well, they either believed it or desperately wanted to. Either way it’s pretty sad.

3,567 people are talking about this

A thread that is starting to gain attention in conservative media circles is independent journalist Andy Ngo's ever-growing "Hate Hoax" list. A few examples from the thread, which he started over the weekend:

Right after Donald Trump’s election, the SPLC really stoked panic. A pro-gay Episcopal church in Indiana was vandalized w/“Heil Trump,” a swastika, & an anti-gay slur. Turns out it was the gay organ player who did it. He was only charged w/a misdemeanor. https://www.indystar.com/story/news/2016/11/13/indiana-church-vandalized-slurs/93772448/ …

Andy Ngo
✔@MrAndyNgo
Days after the Pittsburgh massacre, Trump supporters were blamed for Nazi vandalism at a Brooklyn synagogue & fires in a Jewish community. Turns out the perpetrator was a gay black man who had worked with city council on an initiative to fight hate crimes. https://newyork.cbslocal.com/2018/11/02/brooklyn-synagogue-anti-semitic-graffiti/ …

Before the arrest, NYPD Chief of Detectives Dermot Shea revealed that police were looking for a man caught on surveillance cameras at the temple.
newyork.cbslocal.com

7,182 people are talking about this

Replying to @MrAndyNgo
One week before the presidential election, a black church in Mississippi was burned in an arson attack. “Vote Trump” was written on the building. After much panic, an investigation revealed that the man responsible was a church member. Andrew McClinton: https://www.washingtonpost.com/news/morning-mix/wp/2016/12/22/miss-black-church-fire-another-highly-publicized-suspected-hate-crime-debunked-police-say/ … 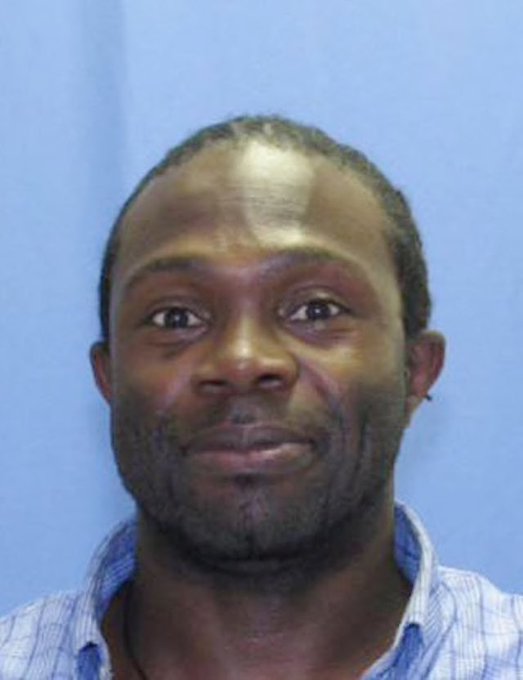 Andy Ngo
✔@MrAndyNgo
In Nov 2016 a Muslim student at the University of Louisiana said two white racist Trump supporters brutally assaulted her, ripped off her hijab, & robbed her. The story went viral.

It was a lie. Media never identified her by name after hoax was revealed. https://www.klfy.com/amp/news/lafayette-pd-ul-student-made-up-story-about-attack-stolen-hijab/872671082 …

A University of Louisiana Lafayette student who said she was physically attacked and robbed of her wallet and hijab made up the story,
klfy.com

5,518 people are talking about this

Replying to @MrAndyNgo
I remember that Trump & his supporters were blamed for a spate of anti-Semitic, KKK & Nazi graffiti on the campus of Nassau Community College in Long Island in late 2016. The student responsible was Jasskirat Saini: https://abc7ny.com/news/man-charged-after-swastikas-found-at-long-island-college/1666228/ … 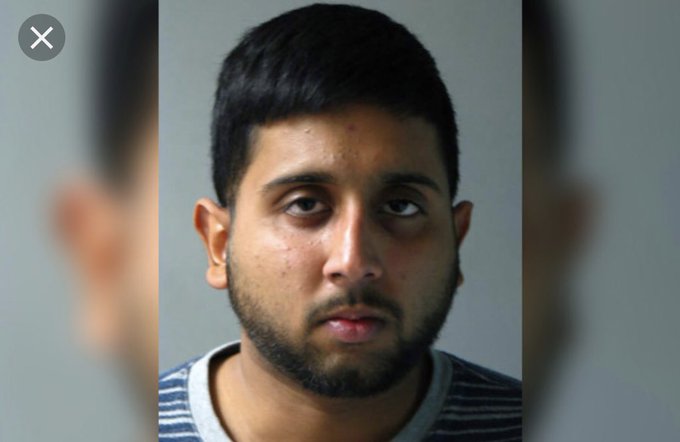 Andy Ngo
✔@MrAndyNgo
In Dec 2016 a Muslim woman said she was attacked by 3 white Trump supporters in NYC on the subway. She said they tried to rip off her hijab.

Muslim Woman Made Up Hate Crime on Subway, Police Say

The woman, 18, claimed that three men attacked her on a Manhattan subway on Dec. 1 and tried to pull off her hijab. The police said the story was false.
nytimes.com

4,862 people are talking about this

Replying to @MrAndyNgo
In Sep. 2018 a black woman in Long Island said Trump supporters confronted her & told her “she didn’t belong here.” Her car tire was slashed the next day & a hateful note was left behind saying “go home.”

Adwoa Lewis made up the whole story. https://www.nbcnewyork.com/news/local/Woman-Who-Found-Hateful-Note-on-Car-After-Teens-Yelled-Trump-2016-Made-Up-Story-Police-493375511.html … 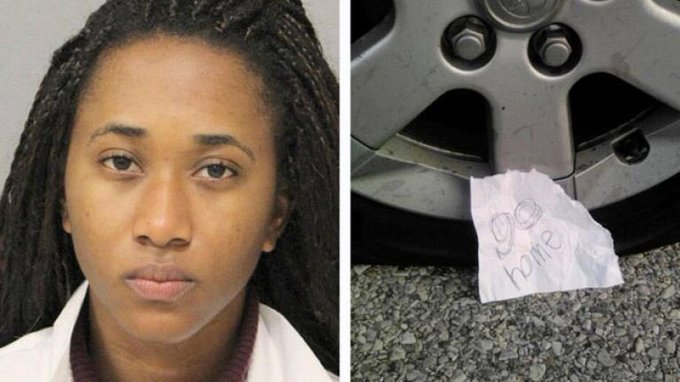 More than 100 African-American Goucher College students conducted what they termed a "Black Out" on the Towson campus all day Friday to protest the most recent episode of hate-filled graffiti at a...
baltimoresun.com

4,853 people are talking about this

Replying to @MrAndyNgo
In 2017 @StOlaf College was roiled by mass protests in response to anti-black notes found across campus. Class was cancelled & admin caved to demands. An investigation found that Samantha Wells, a black victim of one of the notes, fabricated the incident. http://www.startribune.com/st-olaf-report-of-racist-note-on-black-student-s-windshield-was-fabricated/421912763/ … 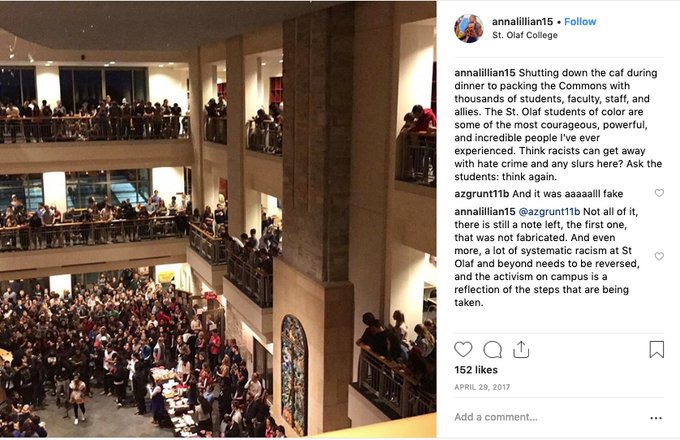 Andy Ngo
✔@MrAndyNgo
In Nov 2016 a Philadelphia neighborhood was rattled when property was vandalized with pro-Trump and anti-black messages. William Tucker was identified as the vandal through CCTV footage. https://www.phillyvoice.com/new-jersey-man-arrested-racist-trump-vandalism-south-philly/ … pic.twitter.com/Rz4QTNp6K4 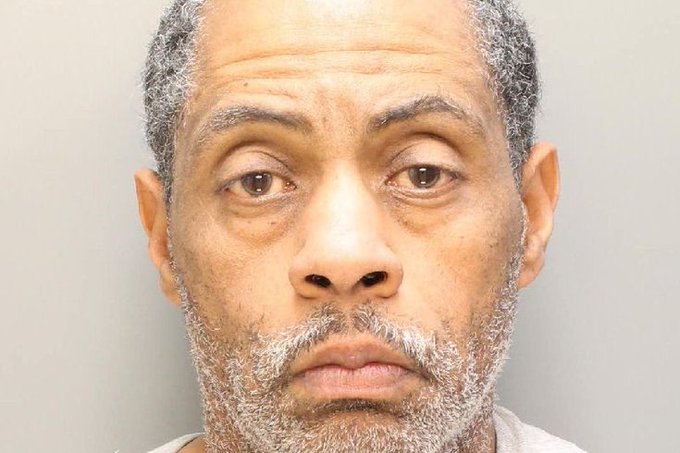 2,648 people are talking about this
Read the full thread here.
And here are some misc. reaction tweets from Twitter users under "#HateHoax": 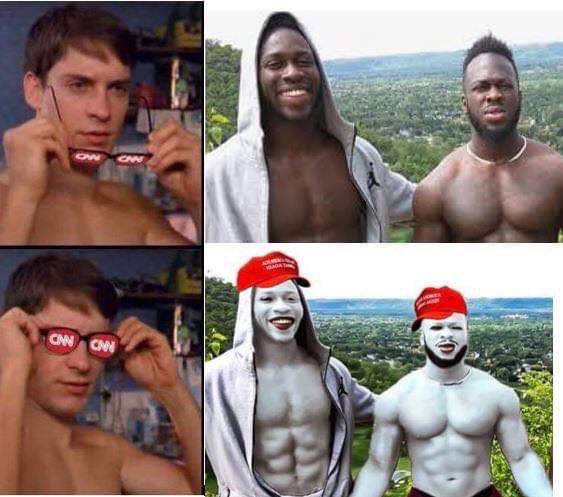