WATCH: Dad In Custody Battle With Ex-Wife Who Says 6-Year-Old Is A Transgender Girl: I Have To Watch The 'Sexual Abuse' Of My Son Every Day 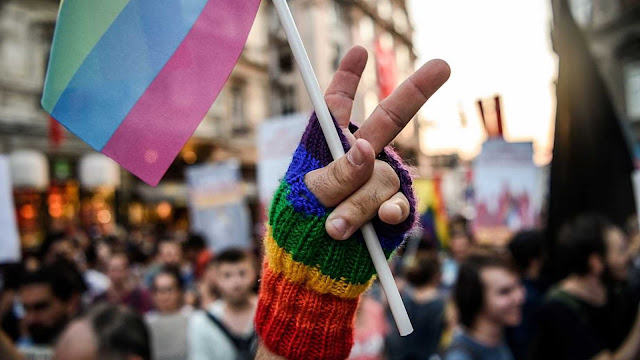 Jeffrey Younger, a Texas father who is in a fierce custody battle with his ex-wife, is speaking out about his son James. The man’s ex-wife treats James, a 6-year-old biological boy, as a transgender girl named “Luna” and demands Younger does, too.

"I want you to imagine having electronic communication with your son on FaceTime, and imagine that your ex-wife has dressed him as a drag queen to talk to you," Younger told Luke Macias during a podcast on Monday. "He has false eyelashes and makeup. His hair has got glitter in it. He's wearing a dress."
"Now imagine how you would feel seeing what I believe is actual sexual abuse — I believe this is not just emotional abuse but is the very, most fundamental form of sexual abuse, tampering with the sexual identity of a vulnerable boy,” the father continued.
As reported by The Daily Wire in November, court documents show that Younger’s son only dresses as a girl when he's with his mother, who calls the boy by his trans name and has even enrolled James as “Luna” in school. According to Younger, however, James consistently chooses to wear boy's clothes, "violently refuses to wear girl’s clothes at my home," and identifies as a boy whenever he is around him.
James' mother has accused Younger of child abuse in their divorce proceedings "for not affirming James as transgender" and is looking to strip the dad of his parental rights, reported The Federalist. The man’s ex is also seeking that Younger foot the bill for James’ visits to a transgender-affirming therapist and transgender medical alterations, which may include “chemical castration” in two years from now, when the child is just eight.
The boy, according to Younger, has already been fully “socially transitioned.”
“[James] wears a dress at her (his ex-wife’s) home; he has a new made-up name, Luna – it appears in the court filings. He goes to school; the teachers call him ‘Luna.’ He uses the girl’s bathroom at school. All of his authority figures – his mother, his teacher, the librarian at school, the police officer at school, the principal at school – tell him he’s a girl. I’m the only authority figure in his life that tells him the truth; that he’s actually a boy,” Younger said during his appearance on “The Luke Macias Show.”
The father noted that, in his opinion, he witnessed that his wife “was only giving [James] love and affection when he was acting like a girl.” She used to lock James in his room and tell him monsters only eat boys, Younger added.
"Every. Single. Day. You have to see your son sexually abused, and you have to maintain your calm," the Texas father continued, "because the courts are not going to be fair to you. And the only way you can survive this and get your son through this alive is to calmly allow your son to be tortured right before your eyes and outlast the opposition. That's what it's like."
"They're asking me to affirm a delusion," he added.
According to The Blaze, Younger and his ex-wife are currently in a “custody evaluation period.”