White cop filmed dragging handcuffed black girl, 18, to the ground by her HAIR as she cries for him to get off because she has asthma

This is the stomach churning moment a Pennsylvania law enforcement officer was seen dragging a teenage girl to the ground by her hair before seemingly pinning her to the road with his body weight.
In the minute-long clip from Wednesday afternoon after cops began banging on the windows of a car she was in with friend Khalil Harvin, the black woman can be heard telling the Philadelphia Police Department officer: 'Get the f**k off me.
When the cop responds 'No', Na-sha Lockett, 18, tells him: 'I'm about to spit on you.'
The white officer then fires back, 'Oh yeah?' and pulls her head first to an area behind the law enforcement vehicle that obstructs the view of the person filming.
On the way down he appears to kick her leg to make her fall. He decides on the action despite already having control of her arms behind her back in handcuffs. 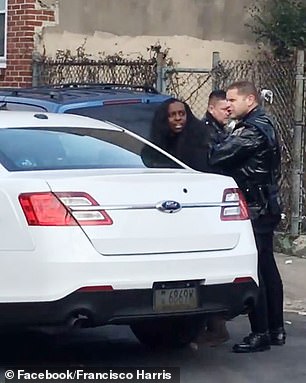 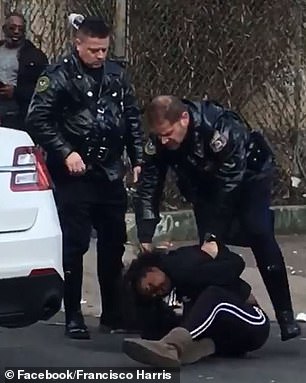 Na-sha Lockett was seen being dragged to the ground by her hair Wednesday. The 18-year-old was pulled by her hair by a cop in Philadelphia


Throughout the rest of the uncomfortable-to-watch video, the teen is heard wailing for the man to release her from the awkward position. She is seen struggling to kick her legs as she shouts: 'Get off me!' a number of times.
Another woman in the frame is seen on the phone during the incident, at the same time she calls for others in the North Philadelphia street to come to the woman's aide.
Shouting for the cop to 'mind pulling her hair like that' and asking 'Why are you on her like that?', she tells a second officer: 'Don't touch me' as she seemingly tries to evade possible similar treatment by walking back and forth.
However it seems others assisting in getting her help were reluctant to come to close for fear it may not end well for them. One witness is seen slinking away out of the camera frame as another walks over the check on Lockett.
A man behind the camera also shows support from a distance by yelling: 'Call for a sergeant' and 'I got y'all'. He also reluctantly calls for officers to calm down, yelling repeatedly: 'That ain't necessary man.'
It's something Lockett agrees with too. 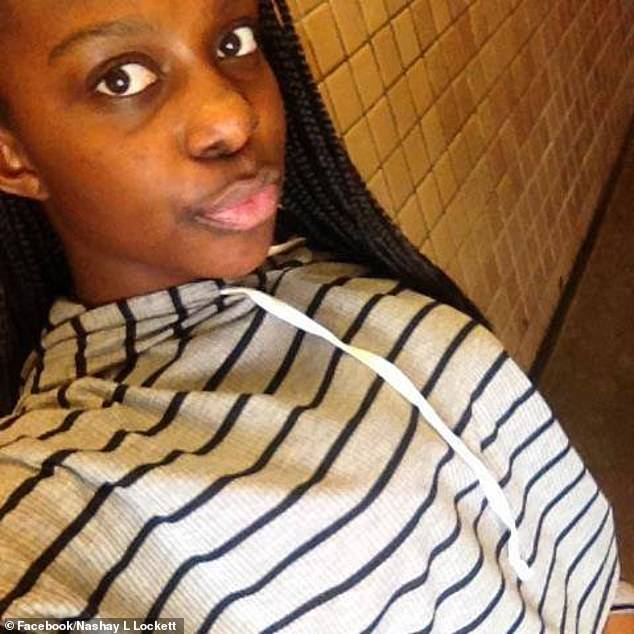 Before the aggressive action she tells him: 'F**k off. I'm about to spit on you'. Teen says she asked for the policemen to get off her and told him she has asthma
'I was trying to get up, I was trying to use my knees to get up. Then he got on top of me and I started saying I have asthma and started crying,' Lockett told NBC10.
'[The officers] were being disrespectful the whole time. They could have done a little more. They could have asked questions.'
For viewers it may evoke an emotional reaction after the choke hold death of African-American man Eric Garner who died at the hands of New York police in Staten Island July 2014.
The PPD would not give a reason for the original stop but Lockett's friend Harvin, who owns the vehicle they were in, said it could be because it was previously reported stolen.
She said she was wrong for threatening to spit on the policeman but mentioned that his behavior was still too aggressive for the situation which was so far only verbal. 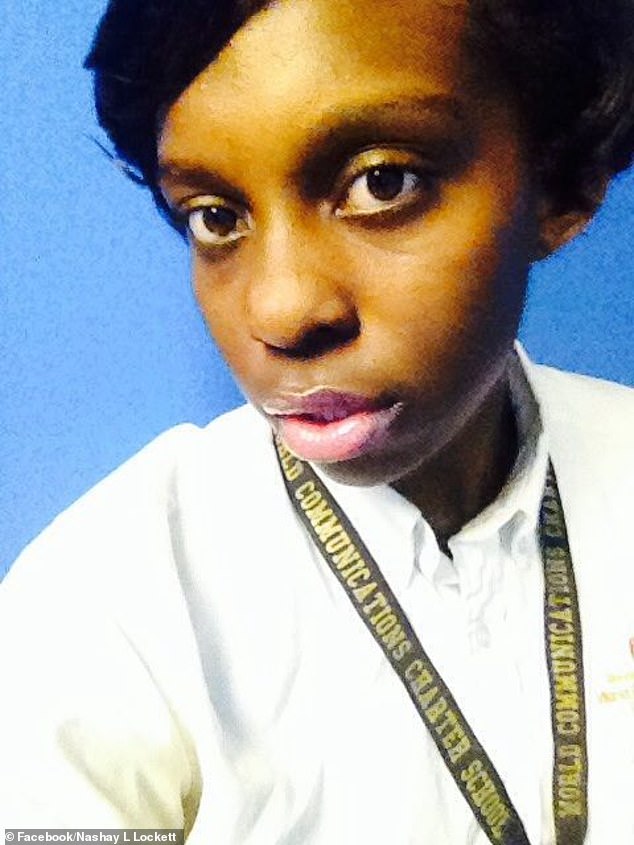 Lockett was jailed overnight but her disorderly conduct charges were dropped. Internal investigators were looking into the incident


'You dragged me to the ground. You slammed me, pulled my hair. You did too much,' she said.
An investigation from the PPD reps Fraternal Order of Police Lodge 5 is pending and it seems they could agree in their outcome. Lockett was jailed for the night but her disorderly conduct charges were dropped.
'We won't second-guess officers out in the street doing a difficult job. We'll have more to say when the investigation is complete,' union president John McNesby said.
The PPD added that the probe into the aggressive incident was being looked into with great concern.
'We take all matters involving the application of force seriously. Accordingly, the incident is being investigated by the Department's Office of Professional Responsibility / Internal Affairs Division,' they said in a statement.