Writer Luke Thompson was temporarily suspended by Twitter for calling Alexandria Ocasio-Cortez out on giving her boyfriend a job in her Congressional office.

Thompson had discovered that Ocasio-Cortez’s boyfriend, Riley Roberts, is now listed as staff in the House directory and tweeted “while you were having a nice Valentine’s Day, @AOC decided to put her boyfriend on staff – drawing a salary on the taxpayer’s dime. Nice to see her adapting to the swamp so quickly.” 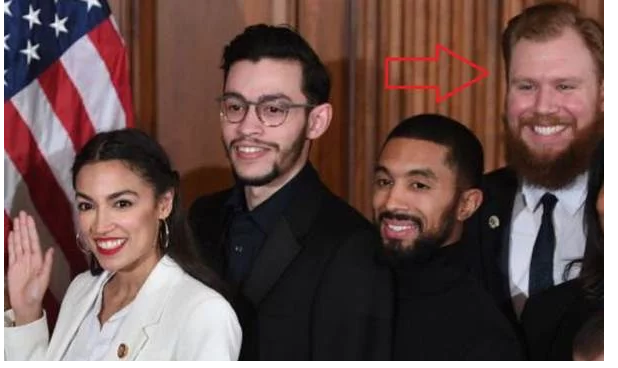 Twitter claimed that a screenshot of his House directory listing violated the rules against posting private information. 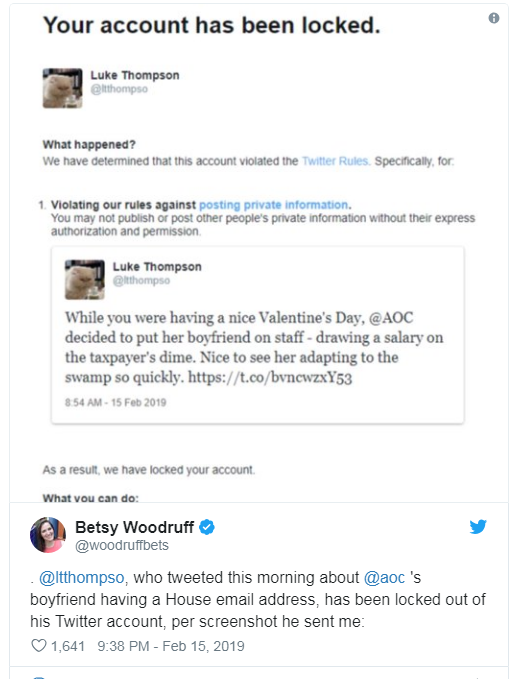 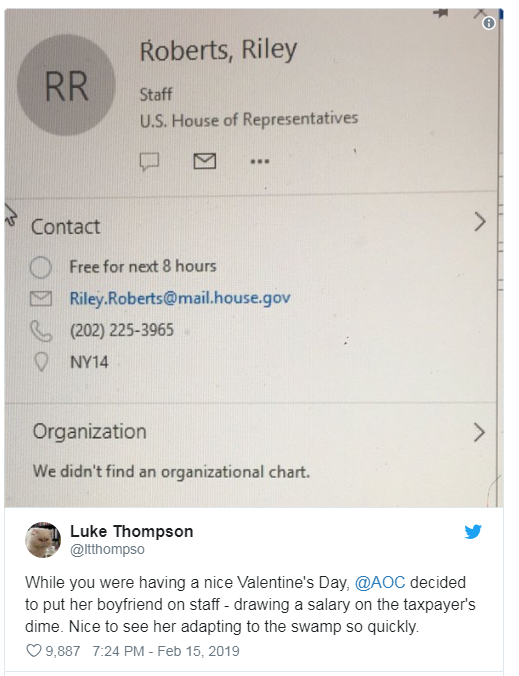 Ocasio-Cortez responded to Thompson’s claim by saying that he only has an account so that he can access her schedule.

“Actually this cal designation is a permission so he can have access to my Google Cal. Congressional spouses get Gcal access all the time. Next time check your facts before you tweet nonsense,” Ocasio-Cortez responded — though her claim was quickly debunked by the writer. 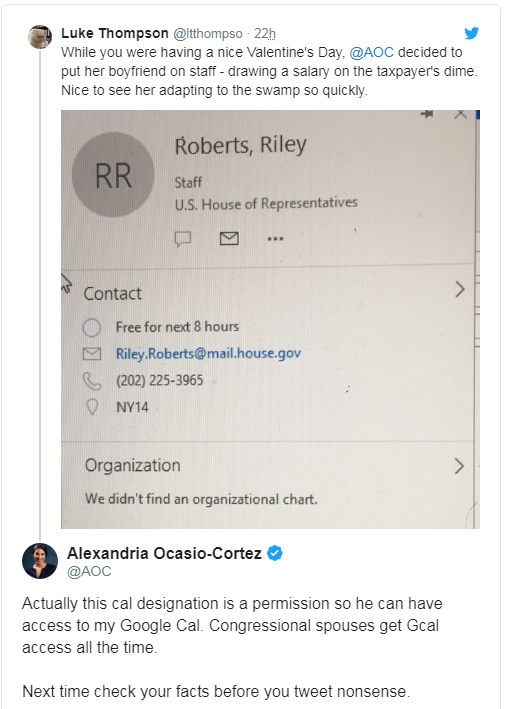 Thompson responded by noting that he is listed in the directory as “staff” — not as a boyfriend or spouse. He additionally noted that the House doesn’t use Google. 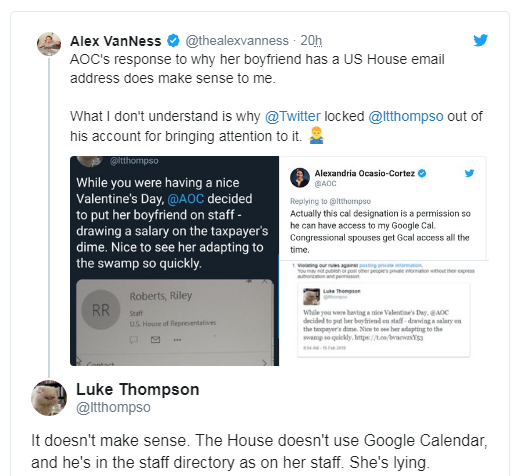 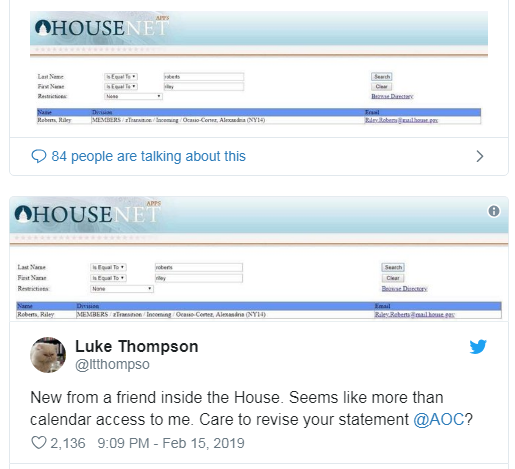 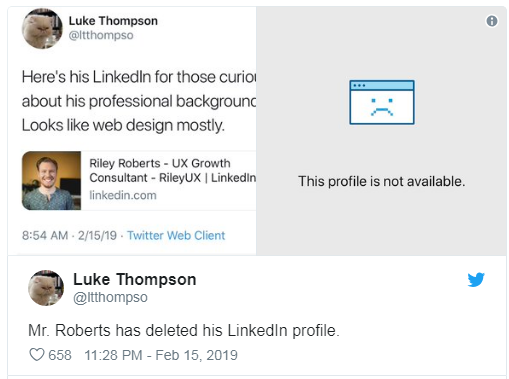 Thompson’s account was reinstated shortly after the suspension. Ocasio-Cortez has not responded to his fact-check.