Against the odds, a young Nigerian immigrant proved that hard work pays off.
Tanitoluwa (Tani) Adewumi, a third grader at P.S. 116 in New York, has won the New York State Scholastic Primary Championship in his age bracket.
That's already an impressive feat in itself, but 8-year-old Tani only learned to play chess about a year ago.
Tani and his family of four fled northern Nigeria in June 2017, worried about attacks by the extremist group Boko Haram, his dad Kayode Adewumi told CNN.
The family stayed in a New York homeless shelter, where Tani kept the chess trophies he has racked up.
Shawn Martinez, chess coach at P.S. 116, recruited Tani to join the chess program.
"(Tani's) very tactical. His memory's great," Martinez told CNN's "New Day."
But it's more than sheer talent that propelled Tani to victory. He puts in the time to hone his craft and practices every day, his dad said.
"The average kids do 50 to 100 puzzles a week. (Tani) does like 500 puzzles a week," Martinez said. 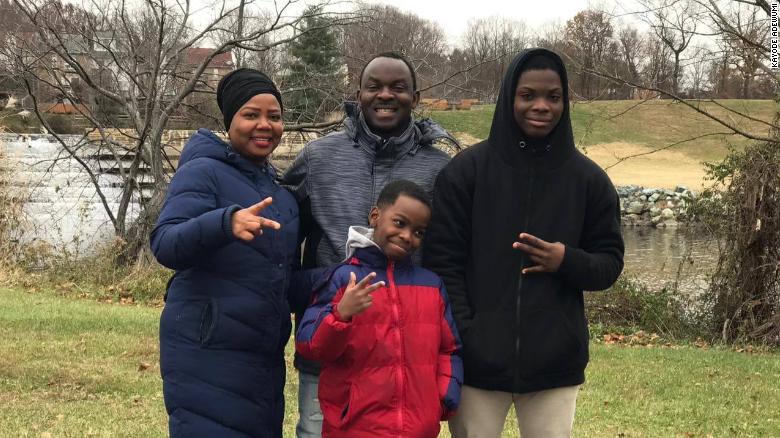 He hopes to become a grand master one day

Tani said that what he really loves about chess is the "deep thinking" aspect. Eventually, he hopes to earn the grand master title, which is the highest honor a chess player can obtain.
His father said the family was delighted to see the student win at the March 10 competition.
"We're really happy," he said, adding that "(Tani) has a lot of competitions ahead."

The family has received an outpouring of support

A GoFundMe fundraiser for Tani has already raised more than $190,000 in four days. The family plans to put the money into the Tanitoluwa Adewumi Foundation, which Tani's father says will help refugees and immigrants.
The Adewumi family is no longer homeless because an individual gifted them an apartment after hearing the story, said Russell Makofsky, who oversees the chess program at P.S. 116.
In addition to financial support, the family has also received messages from people offering them legal services and cars.