Senator's press secretary, 27, reveals creepy message she received on LinkedIn and inspires a wave of others to share their own stories of men trying to woo them through the site

A senator's press secretary has shared the creepy message she received from a man on LinkedIn and inspired a wave of other women to reveal their own horror stories of men using the professional networking site to try to woo them.
Hannah Ray, 27, revealed on Twitter that a man had messaged her asking her first of she was interested in a new job and then if she was interested in him.
Ray, who is the press secretary for US Senator Lisa Murkowski, posted a screens shot of their conversation then wrote: 'NO DM IS SACRED. NOT EVEN LINKEDIN.'
She was inundated with responses from other women who said they had received similar, unwanted messages from men. 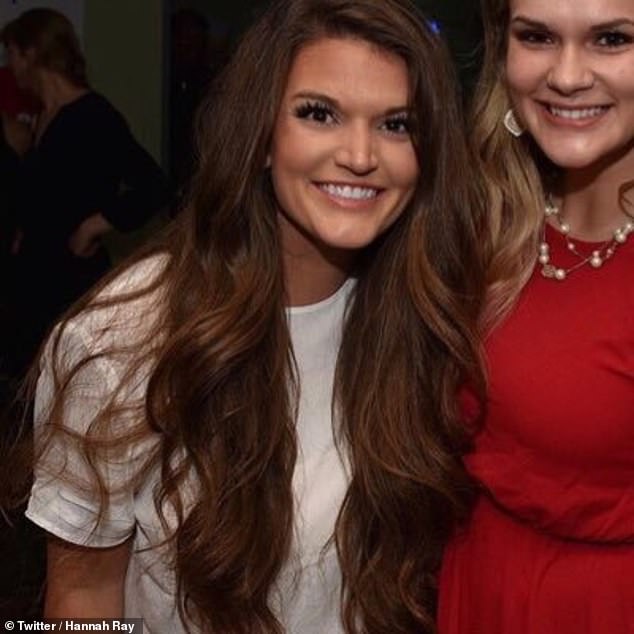 Hannah Ray, 27, received the creepy message on LinkedIn and shared it on Twitter on Monday 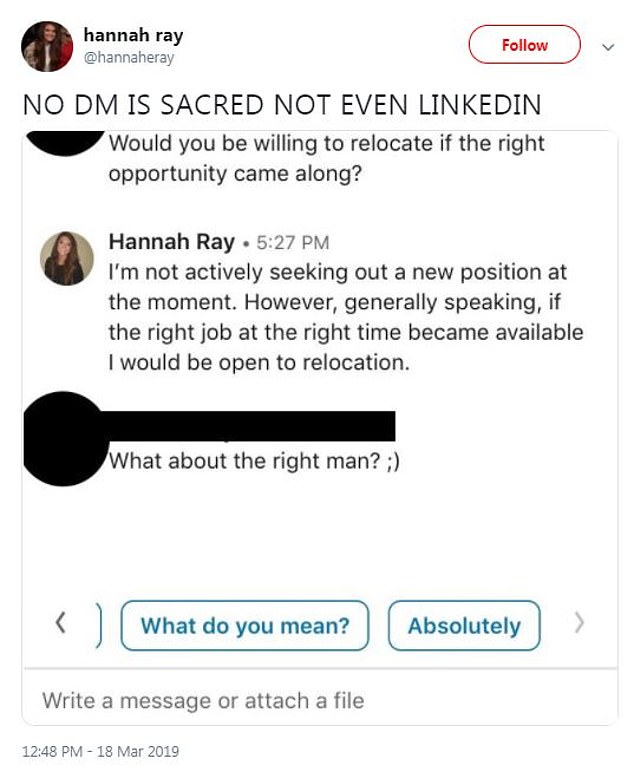 +5
Ray posted a screenshot of the conversation with the comment 'NO DM IS SACRED'
Ray's suitor asked: 'Would you be willing to relocate if the right opportunity came along?
She replied: 'I'm not actively seeking out a new position at the moment. However, generally speaking, if the right job at the right time became available, I would be open to relocation.'
He replied: 'What about the right man,' and added a winky face.
Among the replies from other woman was one which read: 'I guess you have been told several times how gorgeous you are.'
He signed off his email: 'I hope to hear from you soon. Until then keep those (sic) beautiful smile.' 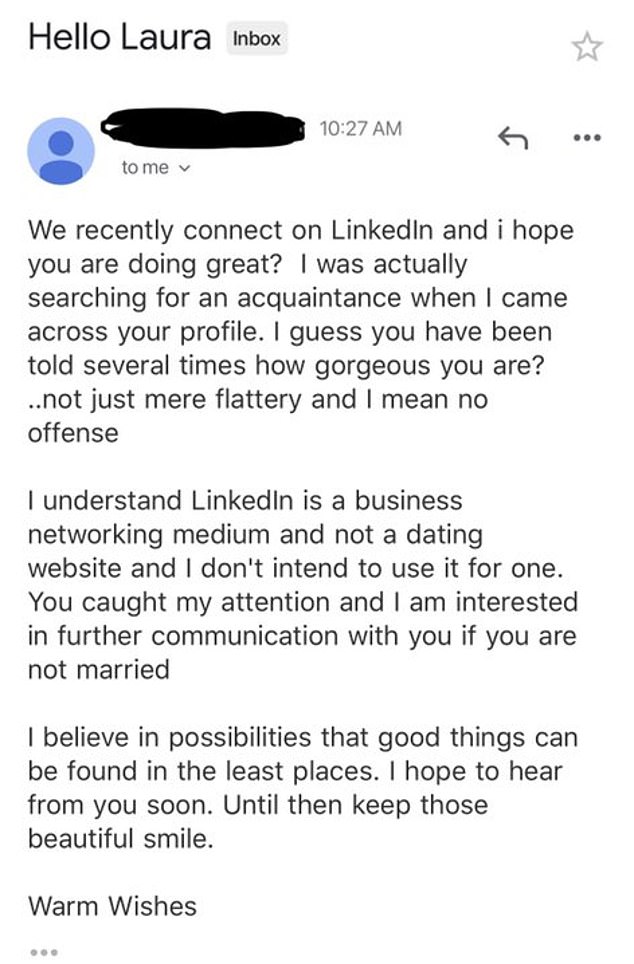 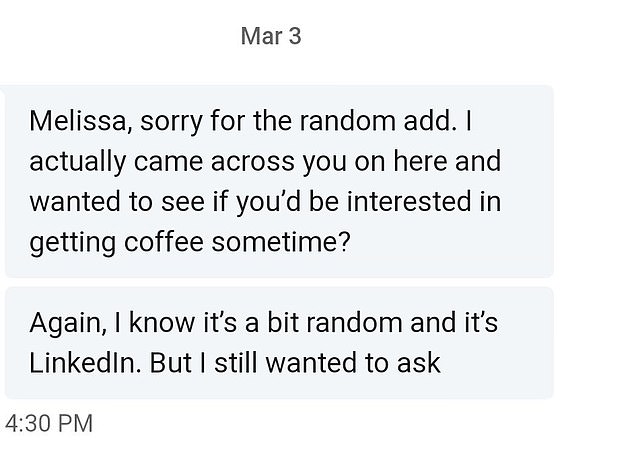 Other women joined in to share their horror stories including one woman who had a man tell her on LinkdIn that he had just spotted her profile on the dating app Bumble
Another woman received a message from a man who wanted to 'initiate a proper and structured relationship'.
'What do you say?' he asked, after telling the woman that she had a 'charming smile'.
Others acknowledged their inappropriate approach but persevered regardless.
'Sorry for the random add. I actually came across you on here and wanted to see if you'd be interested in getting coffee sometime?
'Again, I know it's a bit random and it's LinkedIn. But I still wanted to ask,' he said. 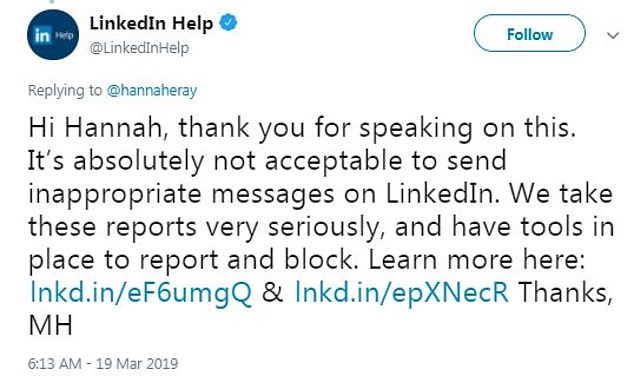 +5
LinkedIn joined the thread to condemn the inappropriate messages and encourage women to report them
Another woman revealed that she was contacted by someone who told her they had just come across her profile on the dating app Bumble.
Another woman received a message from a man which read: 'How are you doing? I know we have not met before but I must admit I was captivated by your profile picture.
' felt a kind of connection and was compelled to write to you. It took me courage to write this note.'
As Ray's post gained attention online, LinkedIn jumped in to the thread to condemn the messages.
'It's absolutely not acceptable to send inappropriate messages on LinkedIn.
'We take these reports very seriously and have tools in place to report and block,' a message from its help desk read.