One time I found a $20 in my pocket while doing the laundry, so I’d say that was probably the luckiest thing to happen to me. These people though? They have a little bit better stories about luck. 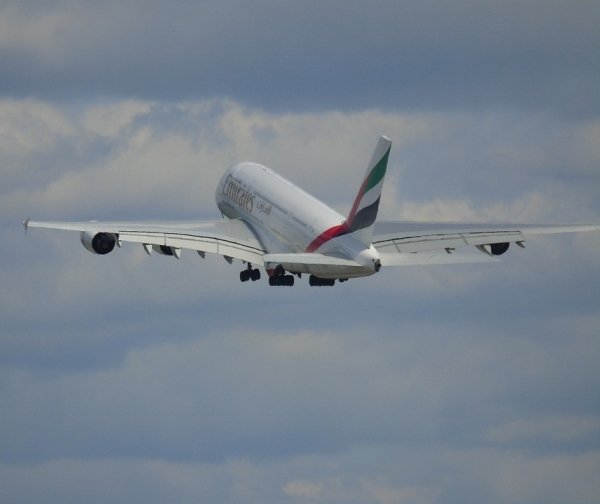 It’s rare for planes to crash, it’s also rare to survive a plane crash, and it’s even rarer to win to become a millionaire by playing the lottery. Mohammad Basheer Adul Khada did all those in the same day when he bought a lotto ticket before boarding a flight out of Dubai. 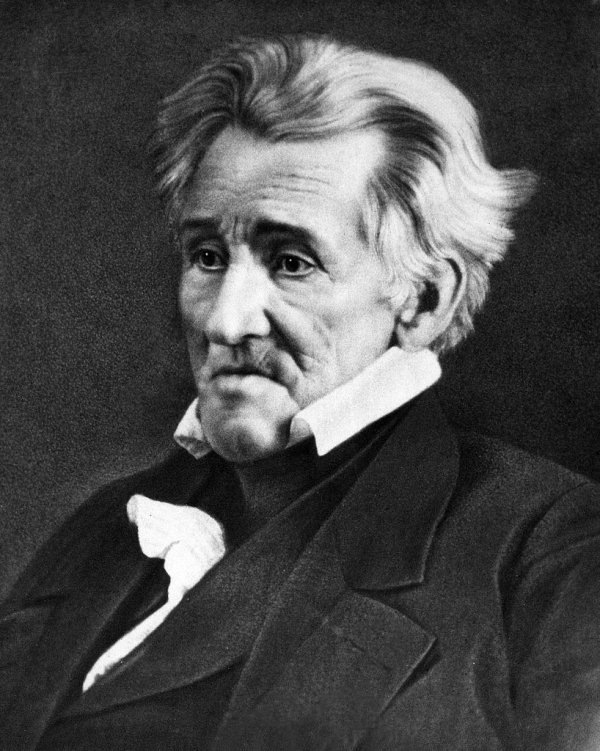 Former President Andrew Jackson survived an assassination attempt where the would-be assassin’s weapon misfired. When he pulled out a second firearm that too misfired, chances of that happening were about 1 : 125,000.

The 1938 Action Comics #1 is probably the most famous and prized comic book of all time, being the issue that introduced the world to Superman. A remodeler, David Gonzalez, found an issue inside of a wall that was stuffed with newspaper. That comic book is valued at over $100,000. 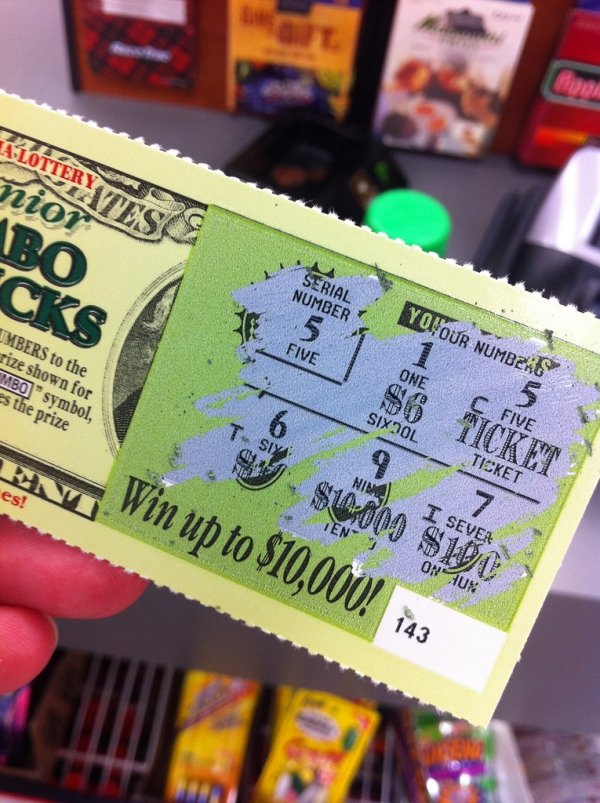 They say lightning doesn’t strike twice, but figuratively (and later literally) that just isn’t true. Robert Hamilton had won a million dollars off a scratch-off ticket, and later won a second million dollar prize on the same type of scratch-off.
One time I won a free ticket, then won a dollar on that ticket, but then lost it on the other ticket. I bought 3 more tickets and lost on them. 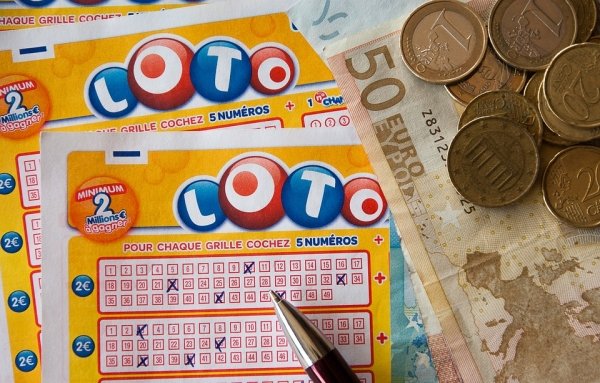 There’s really no way to secure a win playing the lottery, but there’s a chance that Joan Ginther might have found one, seeing that she has won multi-million dollar jackpots 4 times. Her winnings are near the $20 million mark.

I’d put ‘helicopter crashes’ near the top of my list when it comes to “things I never want to experience”, probably right next to ‘being on an active volcano’. Unfortunately, Chris Duddy and Michael Benson crossed out both those at the same time when their copter went down on a Hawaiin Volcano. They survived for 2 days surrounded by lava before being rescued. 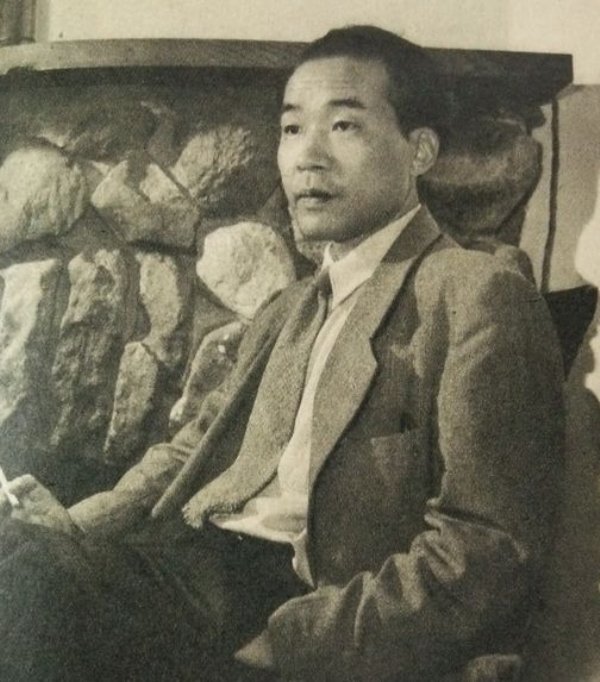 Tsutomu Yamaguchi survived not only the bombing of Hiroshima in 1945, but he later returned home to Nagasaki and survived the second nuclear bomb. 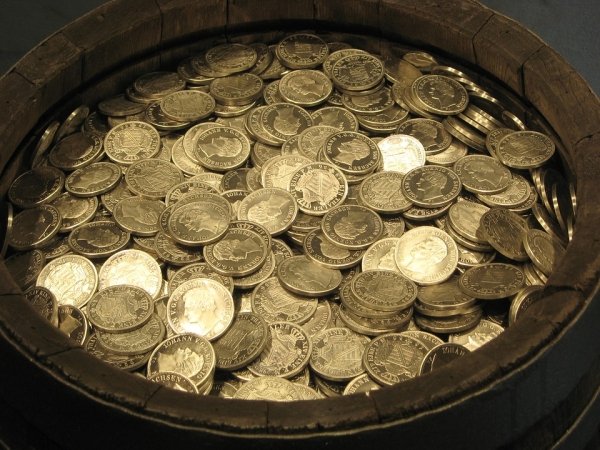 A couple in California found an old can in the ground while walking their dog. When opened it was shown to be hiding gold coins, so they went back and found 7 more cans that contained a total of over 1,400 gold coins roughly estimated at over $10 million.

Roy Sullivan had lived a shocking life, being struck by lightning 7 times over 35 years. Although he sustained injuries each time, he survived through them all. 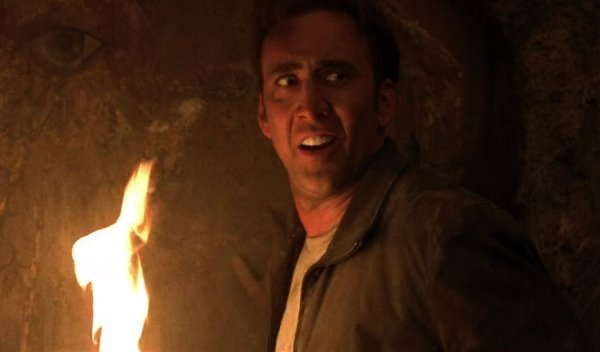 If had to guess how this happens, I would assume some Nicholas Cage fuckery, but when Michael Sparks bought a $2.48 copy of the Declaration of Independence he was treated to a bit more than he bargained for. The poster was a little more yellow than the others, and that’s because it had aged since 1823 when it was made. It was one of only 35 copies of the original that were ever made, and it sold for almost half a million dollars. 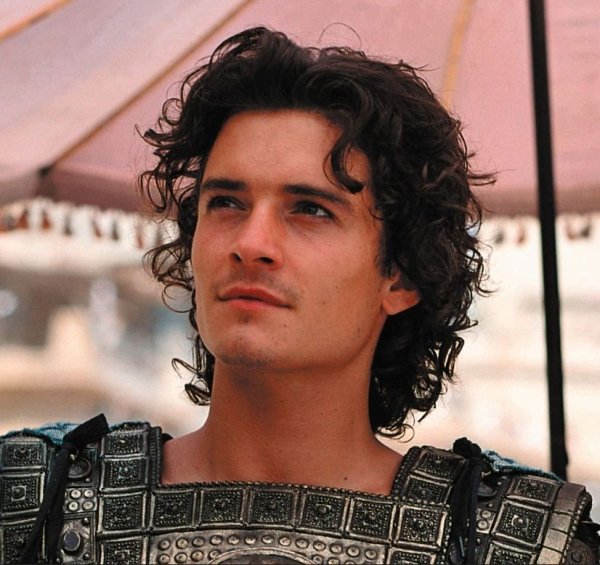 Orlando Bloom could be the real-life Mr. Glass, having broken quite a few things around his body. He has suffered a broken left arm, left leg, right wrist, right leg, ribs, cracked his skull 3 times, broke his nose, and broke his back falling off a roof.

Nichiren was a 13th-century Buddhist monk who was sentenced to death for his beliefs, that night just as the executioner was to swing his blade a beam of light shot from the moon and blinded him. They spared his life and instead exiled him, in fear of whatever strange forces were at work. 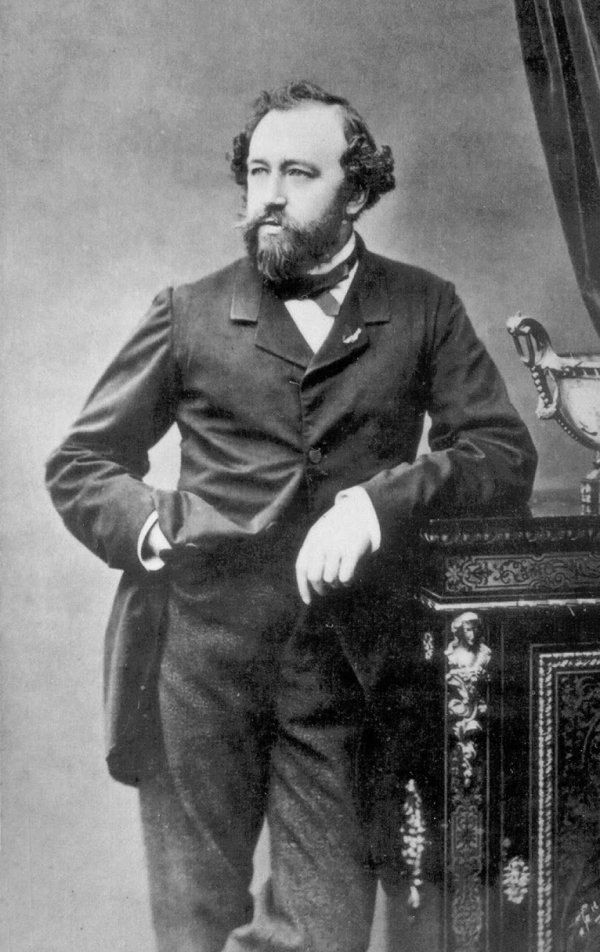 In 1846 Adolphe Sax invented the Saxophone, but he spent the majority of his childhood in situations that should have killed him more time to count. He had fallen from three stories and hit his head on a rock, drank a bowl of sulfuric acid, swallowed a needle, burned himself with gunpowder, fell on a hot skillet, almost drowned, stuck in the head by falling cobblestones, and should have died from inhaling the fumes of furniture varnish multiple times over. 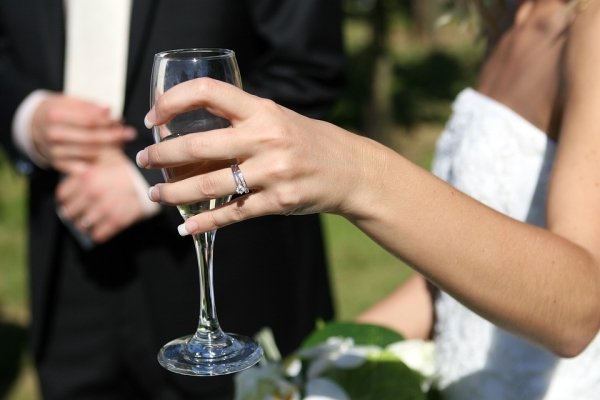 Lena Påhlsson had lost her wedding ring for 16 years before she found it. While pulling vegetables from her garden, she grabbed a carrot that had grown through the ring.

Frane Selak has said “Not today” to the god of death quite a lot. He survived his training falling into a lake, multiple car crashes, a bus driving into a river, a shooting, and somehow felling out of a plane and landed in a pile of hay. You may say that sounds more like bad luck, but after all that he won a million dollar lottery. 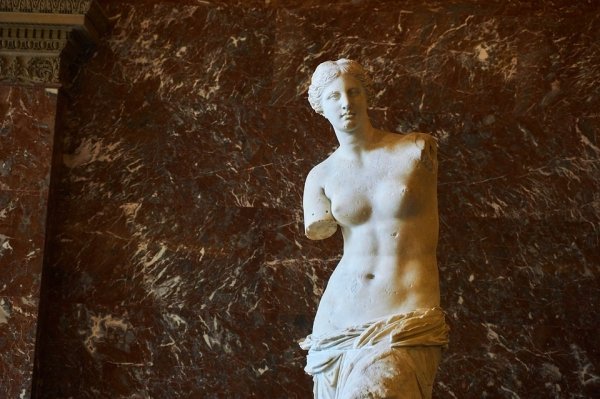 Yorgos Kentrotas was a farmer on the island of Milos who had been collecting stones nearby. A French officer had stopped and noticed Kentrotas had found something quite amazing: the famous Venus de Milo statue. 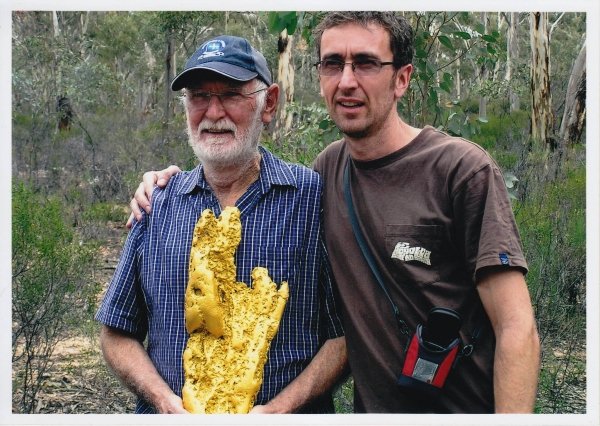 Kevin Hillier liked to comb the beach with his metal detector and search for some hidden treasure. In 1980 he found the world’s largest gold nugget, valued at over a million dollars.

I don’t know if Timothy Dexter is the luckiest man in the world or the greatest salesman in the world, but I’ll put my money on a little bit of both. The 18th-century entrepreneur had bought outdated currency for pennies on the dollar (or whatever the equivalent phrase would be), and before long the currency came back into use.
He was so good at sales, he even tried to start selling coal to a place that had their own coal mine. By the time he arrived at the town with his coal, the miners had started a strike and he sold his goods almost immediately 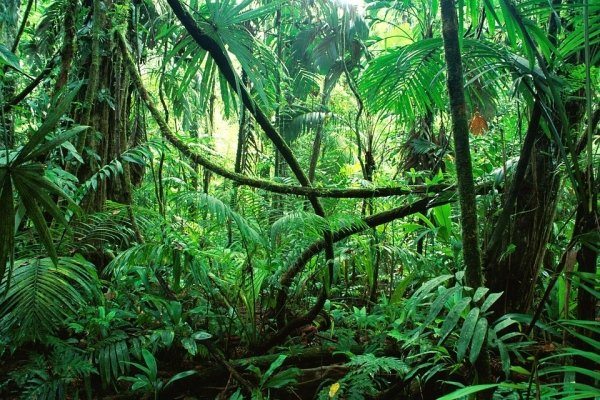 Juliane Koepcke was the only survivor out of 92 passengers when her plane went down in 1971. She wandered through a Peruvian jungle for 9 days before finding civilization. 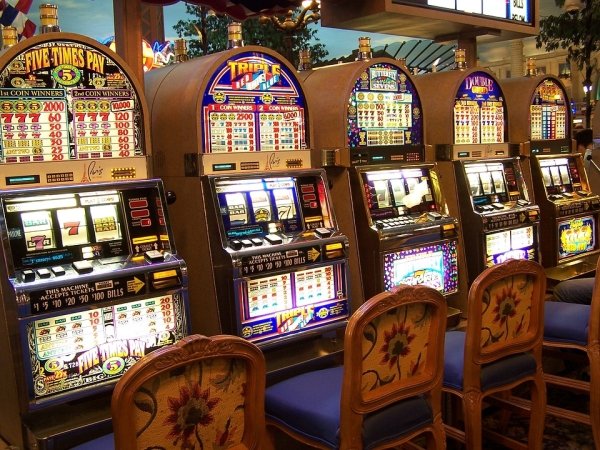 If you play the same slot machine for long enough, you’re bound to win something. For Elmer Sherwin, he played the same machine in 1989 and 2005 and won $4.6 million and $21 million respectively at the same game.

It looks like the key to winning the lottery is surviving near-death experiences, but what about an actual-death experience? Bill Morgan was legally dead for 14 minutes before his heart started beating again. After a 12-day coma where he was unresponsive, he woke up with no brain-damage. When life mostly returned to normal, he went to get a scratch-off ticket and won a free car.
But that’s not even the end. The local news wanted to tell his story and get a shot of him scratching off a ticket, so he bought another ticket and won $250,000 on camera.