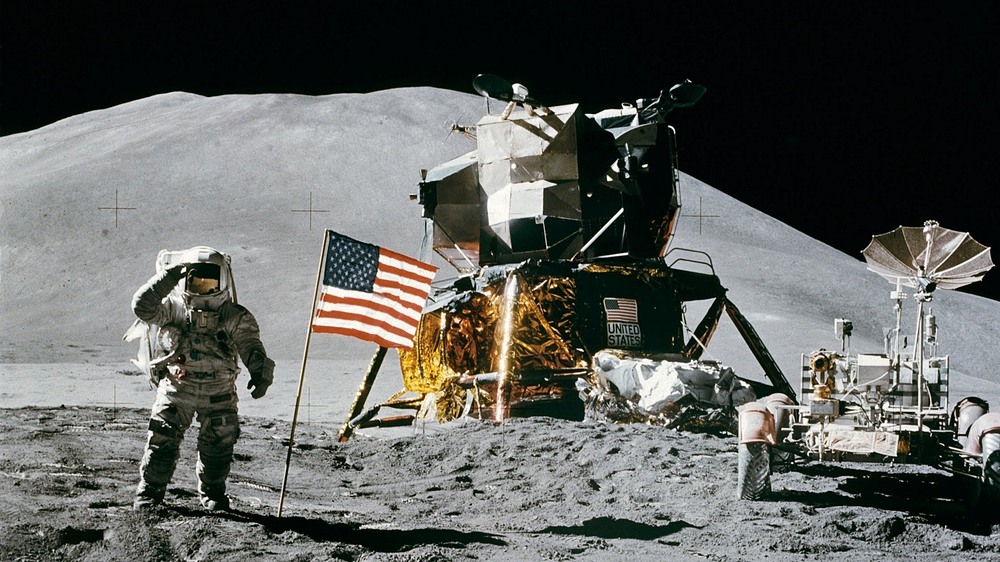 Two hours before Neil Armstrong and Buzz Aldrin were scheduled to leave the surface of the moon after their historic moonwalk, an unmanned Russian probe called Luna 15 crash landed on the lunar surface just 540 miles away from Eagle.
The Luna missions began in 1958, before the Apollo program was even conceived. Its mission was to send a series of robotic spacecraft to the moon—either an orbiter or a lander. The ultimate goal was to bring lunar sample back to earth. Luna 15 was the fifteenth officially designated mission, although in terms of actual launch count it was the thirty-first.
The Luna programme suffered several failures early in the mission. Many of their launches never even reached earth orbit. Others reached orbit, but then refused to leave. A couple of them managed to get all the way to the moon only to fly past it. A handful of them crash landed on the lunar surface. The Soviet government never publicly acknowledged these failures at that time, so the Luna mission numbers were always less than the number of actual launches.
There is no reason to make fun of the Soviets. The early Pioneer missions, conducted by the United States and which began almost simultaneously with the Luna programme, had similar failure rates. You have to remember that no spacecraft had ever left earth orbit at that time. In fact, it was Luna 1 (at fourth try) that became the first spacecraft to escape earth’s orbit, although it missed the moon. There are a number of firsts that the Luna missions achieved—they become the first man-made object to reach the moon, the first probe to achieve a soft landing, the first artificial satellite of the moon, the first to photograph the far side of the moon and the first to beam back close-up shots of the Lunar surface. 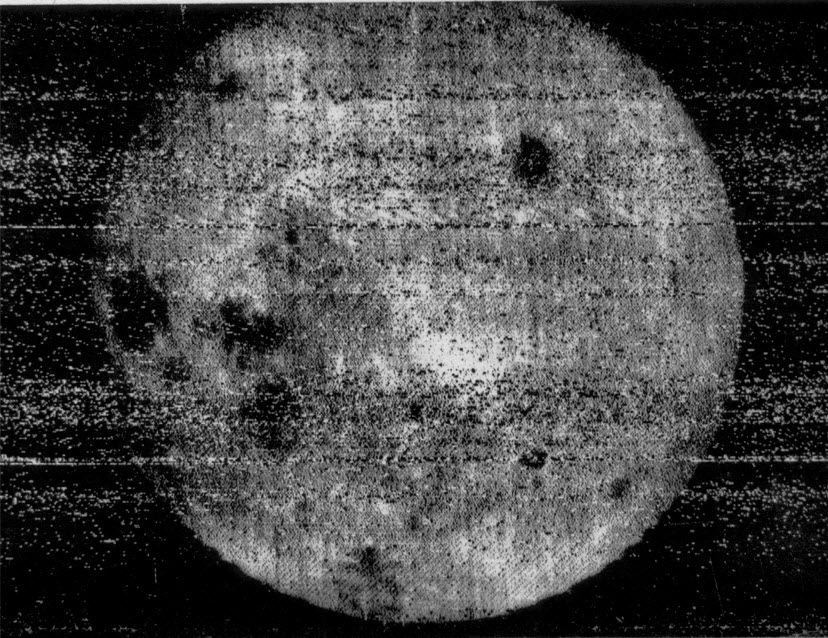 The first photograph of the far side of the Moon, taken by Luna 3, October 7, 1959.
When the Soviets learned that Apollo 11, the mission that was going to put men on the moon, was going to be launched on 16 July 1969, they pushed ahead the launch date of their fifteenth Luna mission. The Soviets wanted to be the first to bring lunar sample back to earth
Luna 15 left earth on 13 July 1969, three days before Neil Armstrong, Buzz Aldrin, and Michael Collins did. The spacecraft entered lunar orbit on July 17, 1969, three days ahead of the Americans. But the Soviets had not anticipated the ruggedness of the lunar surface. Instead of setting down their lander sooner, the Soviet controllers lost valuable time studying and analyzing the lunar surface for the next four days!
At one point, the controllers decided to land two hours after Apollo 11 landed, get the samples, and return back to earth before the Americans could. But again the uncertainty of the terrain below delayed the landing. During this critical period, Apollo 11 astronauts walked on the moon and collected 21.5 kg of lunar rock.
Finally, with less than two hours to go before Apollo 11’s liftoff from the moon, the Soviets decided it was now or never, and pushed for a landing. By then Luna 15 had circled the moon fifty-two times. Four minutes into the descent, Luna 15 crashed into the side of a mountain.
The Soviets kept the details of the mission a secret from the Americans, although they did share the mission’s flight plan to address NASA’s concern that Luna 15 might introduce radio interference if its orbit was too close to that of Apollo 11. NASA was told Luna 15 was an orbiter. It was only during the final moments when Luna 15 started descending down to the lunar surface that astronomers monitoring the Luna mission realized that they were attempting a landing.


The Luna 16 mission later succeeded where Luna 15 had failed. It became the first robotic probe to land on the moon and return a sample to earth. The sample that came back was only 101 grams, but it was still a notable achievement as it was done using robots alone. Subsequent Luna missions brought more lunar samples and also put two lunar rovers—another first—on the moon.