Steven Crowder remains demonetized by YouTube after a campaign by Vox pundit Carlos Maza. He’s not the only one, either. And, given that the #voxadpocalypse seems to have been a successful swipe at conservative pundits, one would assume the offices at Vox would be rather convivial the day afterwards.
Instead, they were rather quiet. And it wasn’t because they realized the gravity of what they’d done.
Oh, no. It’s because Vox’s own employees staged a walkout over issues regarding pay.
In a statement on Twitter, the Vox Media Union said the company “is still apart from us on competitive wage scales, strong guaranteed raises, better severance, [and] subcontracting work.”
“Today’s our last scheduled day of bargaining,” the union stated.
“We’ve decided we’re not showing up to work today until we resolve these issues.”

3,873 people are talking about this
It added that “unit members are taking their sites dark today to show management how important these issues are to us. Contract now.”
A further tweet showed the offices empty with a lot of Vox Media Union signs hanging about:

Vox Media Union@vox_union
· Jun 6, 2019
Replying to @vox_union @voxmediainc
Our unit members are taking their sites dark today to show management how important these issues are to us. Contract now. 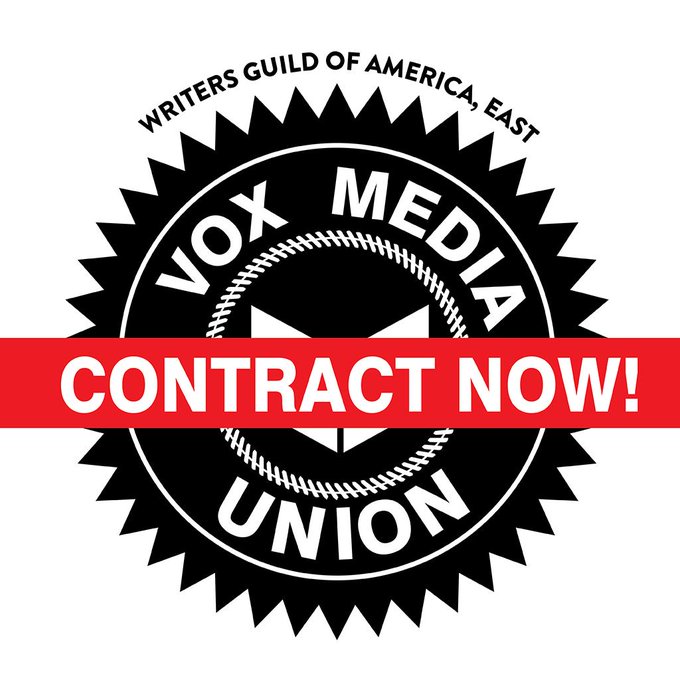 Vox Media Union@vox_union
The Vox Media Union has walked out today. Here’s what it looks like in the New York office. pic.twitter.com/erPp4fW1nw
9,718
9:24 PM - Jun 6, 2019
Twitter Ads info and privacy 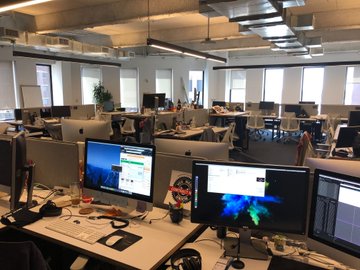 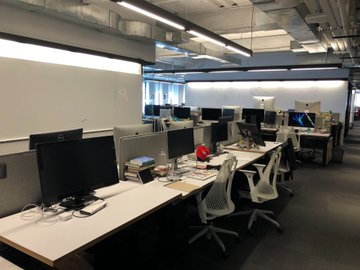 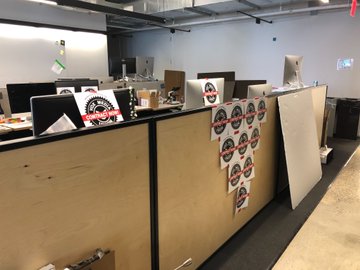 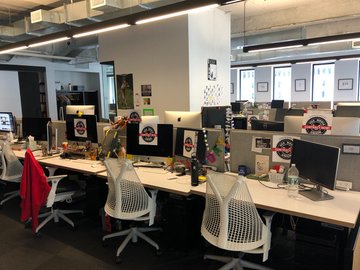 5,525 people are talking about this


CNN reported that over 300 workers walked off the job on Thursday after over a year of negotiation.
“The walkouts affected Vox Media’s group of popular websites — such as Vox, SBNation, The Verge, Eater, Recode, Curbed, and others — and some were not publishing new content on Thursday,” the report noted.
Just one day after becoming a heroic symbol of a sort to liberals for the YouTube blow to a conservative like Crowder, Vox was being lambasted for its labor practices.
“What you are seeing right now is commitment and solidarity between Vox Media employees,” said Jason Gordon, director of communications for the Writers Guild of America East, according to CNN. The organization is representing the Vox employees.
Some of the reactions on social media weren’t exactly complimentary to the disgruntled workers:

We’ve decided we’re not showing up to work today until we resolve these issues.

Kool dood in a loos mood@norbert_cross
Computer science has many openings and exciting opportunities!
28
6:25 AM - Jun 7, 2019
Twitter Ads info and privacy

See Kool dood in a loos mood's other Tweets

Ryno L@RynoRedhawk
Replying to @josheidelson @TheTerminal
And nothing of value was lost
32
5:53 AM - Jun 7, 2019
Twitter Ads info and privacy

Jack@NotaTreeStump
Replying to @josheidelson @TheTerminal
They can only manage one day? Make it a year. Or forever. Either works.
87
10:52 PM - Jun 6, 2019
Twitter Ads info and privacy

See Jack's other Tweets
Vox management, meanwhile, was proclaiming its commitment to negotiations.
“While I’m disappointed that the union chose to take this action in the midst of good faith bargaining, especially as progress was being made, I am still committed to promptly resolving all outstanding issues,” Jim Bankoff, Vox Media’s chief executive, wrote in a statement, according to CNN.
He added that he had “instructed our bargaining team to ensure that while making ambitious, values-based investments in our people, we don’t undermine that goal by spending so far above industry norms that we create an unsustainable environment.”
“Of course we need to pay people competitively and fairly to attract the best and keep them (a.k.a. all of you), but we’ve stopped short of the union’s insistence on levels that far exceed industry norms and averages,” Bankoff said.
“While paying people a lot more than market wages sounds great on the surface, it’s not realistic or smart.”
Wait, it isn’t? Funny, one wouldn’t get that idea from reading Vox:

As for the walkout, could it be seen as a victory lap in the wake of one of the publication’s highest-profile cultural victories?
Or maybe it’s just an example of lying down with liberals and getting up with labor problems based on unrealistic expectations.
Have fun trying to create that “sustainable environment,” Mr. Bankoff.