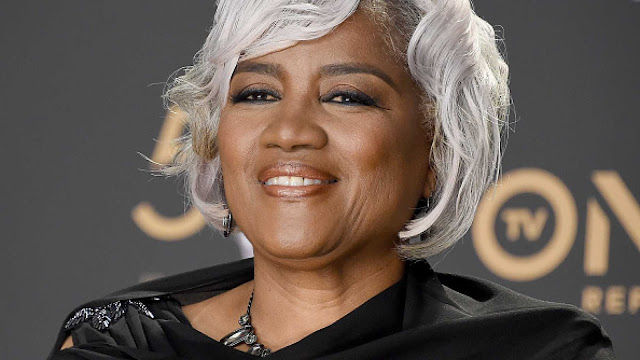 Former DNC chairwoman Donna Brazile predicts that Joe Biden's presidential bid faces some tough waters ahead in light of the "early warning" signs this past week when he flip-flopped on his support for the Hyde Amendment, which bars federal dollars from funding abortions.


Earlier this week, the Biden campaign boldly differentiated itself from the 2020 crowd by taking the moderate position of supporting the Hyde Amendment. However, after several Democrats and hardcore progressives used the opportunity to blast him as a squish with no commitment to the abortion cause, Biden immediately threw himself behind federally-funded abortions and even blamed Republicans for his lack of principles in both directions.
"We now see so many Republican governors denying healthcare for millions of the most poorest [sic] and most vulnerable Americans by refusing even Medicaid expansion, I can't justify leaving millions of women out of access to care they need and the ability to exercise their constitutionally protected right," Biden told a crowd supporters. "If I believe healthcare is a right, as I do, I can no longer support an amendment that makes that right dependent on someone's ZIP code."
Speaking on Fox News, Donna Brazile said the former vice president had a "terrible week" and that he could be in serious trouble if he does not properly recover.
"The vice president really had a terrible week. When I say terrible, it's not catastrophic, he can recover," Brazile said on "America's Newsroom. "I believe this should give the Biden campaign some early warning that they need to steady themselves as they begin to focus on rolling out more policy decisions or making more changes to their previous positions."
Despite that, Brazile agreed that Biden made the right political decision by flipping on the Hyde Amendment, saying it highlights his "strong record of leadership on women's issues." She, however, is not the only prominent Democrat to point out that the shift may prove costly if Biden does not get a rhythm going.
Former Obama campaign chief strategist David Axelrod said that Biden's flip-flop is a serious red flag and doubted whether the former vice president can "go the distance."
"I think that this was a parable about Biden that goes to question marks about his candidacy. His rollout was flawless, in my view, and he's had a very solid spring, but this underscores questions that people have had about whether he can go the distance," Axelrod said on CNN. "One, because the virtue of having a long record and comforting people and being a figure of stability has the flip side that you have to defend positions that you've had over the course of 45 years in politics, some of which may have been acceptable in the day and not acceptable now. We see that on this issue of the Hyde Amendment, but the other is the way this thing came down."
Joe Biden's campaign adviser, Symone Sanders, has pushed back against the claims that the candidate is inauthentic or pandering. "He’s authentic. Voters know who Joe Biden is. He is someone that has these deeply personal held beliefs ... but he’s also somebody that believes in listening," Sanders told CNN on Friday.