KLAVAN: Three Cheers For The Patriotism Of The Deplorables 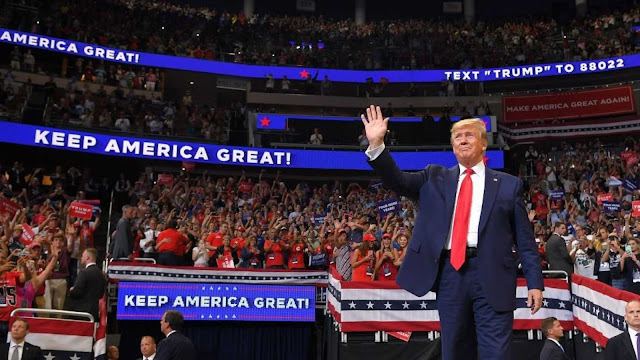 You don’t have to respect or even like Donald Trump to feel there is something healthy in the hearts of his followers that has grown twisted in his opposition. Patriotism — a love of your native land — comes naturally to any sane soul, but America has earned more than that from us. Our love of country is not or should not be merely the instinctive attachment to one’s own soil, and we have no race to speak of. Rather, we are made in the image of the single greatest political idea anyone ever had, and for all our energetic participation in the universal sinfulness of humankind, we have stumbled toward the light of that idea even when it meant civil war.


This is a great country. Not to know it is to know nothing about the world as it actually is. Trump’s supporters — his “deplorables” — know it. Though many of their jobs and communities were abandoned by elites trailing after an ephemeral global good, the deplorables know it still. And Trump knows it, his flaws notwithstanding. He loves this country and his voters love him for that and for the belligerence with which he declares it to the political and media masters who have been brutalizing our sense of self for decades.
“Our radical Democrat opponents are driven by hatred, prejudice and rage,” he told a packed stadium in Orlando as he began his re-election bid. “They want to destroy you and they want to destroy our country as we know it.”
Harsh words and not a description of the many good and decent voters on the other side of the aisle. But of the leftist radicals who increasingly determine the direction of the Democrat party? Oh yes.
“The United States is running concentration camps on our southern border,” announced freshman Congresswoman Alexandria Ocasio-Cortez — referring to detention camps created under Bill Clinton and expanded under Barack Obama for the confinement of those who have broken our laws. “I want to talk to the people who are concerned enough with humanity to say… that ‘Never again,’ means something.”
The press rushed to cover for AOC by pedantically redefining concentration camps, but baloney. “Never again” specifically refers to the Nazi extermination of innocent citizens for no reason other than the fact they were Jews. AOC was comparing the humane and justified enforcement of laws passed by the body she serves to mass murder. She was comparing America today to Nazi Germany. And Congressman Jerry Nadler confirmed her in the comparison, tweeting: “One of the lessons from the Holocaust is ‘Never Again’ - not only to mass murder, but also to the dehumanization of people, violations of basic rights, and assaults on our common morality. We fail to learn that lesson when we don’t call out such inhumanity right in front of us.”
“Thank you, @RepJerryNadler,” AOC tweeted back.
CNN commentator Angela Rye made the whole leftist vision of our country even more explicit, while host Chris Cuomo looked on silently: “Our bottom line here is there is an inhumane crisis happening at the southern border and it is because… there is a fear that white people are losing power in this country… It is racism at its core. It is the foundation this country is built upon.” She added later: “In 1933, there were concentration camps, in 1941 they were death camps and that is where we are going if our consciences are not pierced."
That these leftist mind-pictures of our country are not confined to ignoramuses like AOC, soulless cynics like Nadler and raving loons like Rye becomes obvious when we see the startling degree to which the left stands with Iran rather than Trump during the current trouble in the Persian Gulf. Iran — a terrorist state seeking nuclear arms — is trying to blackmail its way out of Trump’s harsh sanctions by attacking oil shipping in the Strait of Hormuz. The idea is to bully support out of Japan, China and Europe by threatening their energy supplies.
The Trump administration has so far acted strongly but reasonably, saber rattling and looking to convince allies to help escort ships through the narrow Strait of Hormuz.
Bernie Sanders won’t believe Iran is to blame and says Trump is trying to lie us into war. Nancy Pelosi says Trump must have some secret motive for raising hostilities with the Iranians. And, of course, almost all the Dems slam Trump for pulling out of the feckless Iran deal for which Obama abandoned Iranian freedom fighters during the Green Revolution.
Well, sure. Why not stand with the mullahs? If the United States is Nazi Germany, even Iran deserves more support, right?
Trump’s harsh words about Democrat radicals are well-earned. Their assertions about this country — their feelings toward this country — are sick, ignorant, stupid and dangerous.
Stand with Trump or don’t, but the patriotism of his deplorables is realistic, sane and morally right. It deserves our respect and praise.