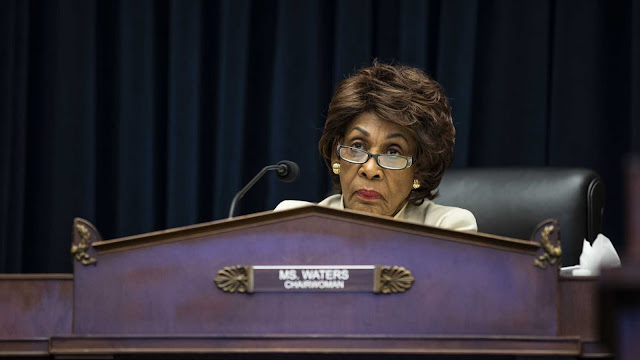 Facebook says its new cryptocurrency, Libra, is a tool for financial inclusion and disrupting the world’s cumbersome payment systems. In reality, there is a deeper motivation behind it, although not the one its critics imagine: Libra is the last, best hope to re-establish trust between Facebook and the world.
Facebook harnessed billions of users to the engine of artificial intelligence and steered unerringly toward advertising riches. Privacy, civic discourse and even democracy were crushed beneath the wheels as Facebook rolled toward global domination. Now it faces angry legislators around the world, huge fines, hostile investigations and punitive regulations aiming to rein it in.

Maxine Waters joined CNBC's "Closing Bell" on Thursday to discuss the new cryptocurrency and to urge Facebook to stop what it is doing immediately.
"We’re going to move aggressively and very quickly to deal with what is going on with this new cryptocurrency," Waters told CNBC on Thursday. "I think it’s very important for them to stop right now what they’re doing so that we can get a handle on this."
"I've asked them to place a moratorium on moving forward with Libra," Waters continued. "We don't have a regulatory agency to oversee who they are and what they're doing. This is like starting a bank without having to go through any steps to do it and of course we have some questions about Facebook and some of the ways that it has conducted itself in the past."
"They're creating their own cryptocurrency, they're going to be located in Switzerland, it's going to be an alternative to the dollar, and so yes, I think it's very important for them to stop right now what they're doing so that we can get a handle on this," Waters added. "We have not held any hearings, we've got to protect consumers, we don't know who all is involved in this, we know that there are about 27 other companies in this network and we're talking about big companies that are involved with them where they will all be an alternative to the dollar so this is serious and we must ask them for a moratorium."
"We've got to protect our consumers, we just can't allow them to go to Switzerland with all of its associates and began to you know compete with the dollar without having any regulatory regime that's dealing with them and so we're asking them to please place a moratorium on their actions until we have an opportunity to hold our hearings both on the House side and the Senate side and of course they have got to deal with some of the other issues that have been identified about them," Waters concluded. "They're in control of huge data and how they're using that data? One of the things we understand is that they have allowed that to be used with the Russians in the latest campaign that we had in this country and so there are a lot of issues with Facebook and Facebook is you know under investigation."
In a speech on Friday, Treasury Secretary Steven Mnuchin said: "We will not allow cryptocurrency to become the equivalent of secret numbered accounts." Mnuchin's comment was featured in a tweet that used the hashtag "Libra," which is Facebook's cryptocurrency.

76 people are talking about this
WATCH: