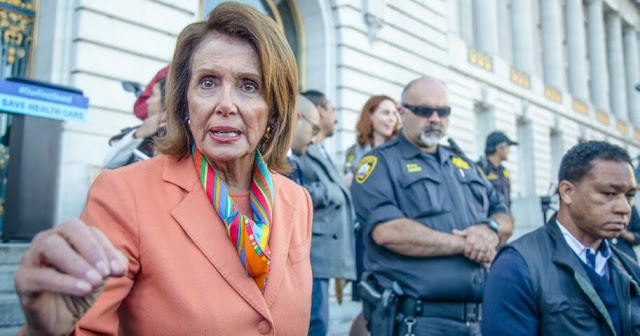 When Democrats don’t have the facts on their side or don’t know how to logically argue for their position, they often resort to being emotionally manipulative with the American public.
And that’s exactly what House Speaker Nancy Pelosi did this week concerning the Immigration and Customs Enforcement raids that were intended to take place in 10 cities nationwide Sunday before their cancellation by President Donald Trump.
At an event in New York on Monday, Pelosi took credit for the cancellation, referencing a recent phone call with the president in which she specifically asked him to cancel all ICE raids, according to Breitbart.
Why? For the children, of course!
“When I spoke to the president I said, ‘look I’m a mom. I have five kids, nine grandchildren and children are scared. You’re scaring the children of America, not just in those families but their neighbors and their communities,'” Pelosi told the audience.
“You’re scaring the children,” she repeated. 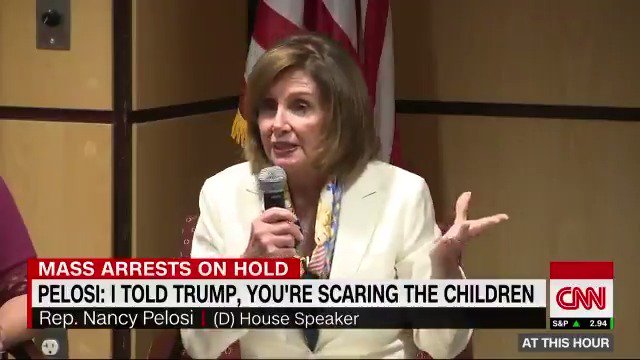 
It’s difficult to know where to even begin with the incoherence in Pelosi’s statement.
She’s literally arguing that the “fear” generated by an important law enforcement procedure should prevent it from being undertaken.
But, even if that were true, I’d be willing to bet that if you were to ask any reasonable American parent if they would like immigration officials to halt the arrest and deportation of potentially dangerous people — who may one day  hurt them or their loved ones — they would probably laugh you out of the room.
Sure, it’s definitely going to be scary for illegal aliens and their children if and when the day comes that ICE agents show up and start slapping on the handcuffs.
And yes, it would be scary for U.S. children if one of those raids happened at a place where they were present.
Anytime law enforcement arrive on scene in raid gear for any reason, it tends to be a little intimidating for onlookers — especially kids. And nobody wants to scare a kid.
Conservatives are not monsters for crying out loud.
But to use that as an excuse to stop the raids or similar law enforcement actions is absurd, to say the least.
If we were to change law enforcement and government standard procedure based on Pelosi’s charge that it’s too scary for kids, then should we even have police arresting anyone, anywhere while children are present?
Should police not shoot and kill an armed suspect who’s threatening someone’s life just because a nearby child might be shaken up?
Again, it’s ridiculous that these examples even need to be used but, by her logic, it’s apparently necessary.
The increased safety generated by law enforcement activities like arrests, or even the forceful neutralization of, a bad guy is obviously worth the trade-off of a handful of children being momentarily frightened.
Look, we get that Pelosi is pandering to her base, but what a cheap way to go about it.
She’s taken a complete break from reason on this and hopefully at least some folks on her side realize that this is a lazy and, quite frankly, embarrassingly foolish justification for preventing ICE agents from doing their jobs.