REVEALED: Jussie Smollett Googled himself 57 TIMES in the 12 days after his hoax hate attack as he kept track of news coverage (5 Pics)

Days after Jussie Smollett claimed he was a victim of a hate crime, he obsessively Google searched himself more than 50 times to read reports on his alleged attack that police later unraveled as a hoax.
Chicago police released a massive trove of information including video, computer search records and text message transcripts on Monday related to the January 29 incident.
His computer search history shows that he googled 'Jussie Smollett' and 'Juss' 57 times from January 30 to February 10.
The 37-year-old Empire actor claimed that he was attacked by two men near his Chicago apartment on January 29 around 2am where they launched racial and homophobic slurs at him, poured bleach on him and tied a noose around his neck.

The text searches start on January 30, a day after the attack around 4pm. That day alone he searched himself seven times.
Records show that majority of his computer searches were of himself in the days following the attack, reading stories about his creative director speaking out on the attack and police tracking down where the rope used for the noose was purchased.
Chicago Police determined that he set up the entire attack in an effort to get more attention or money from the Fox show Empire and allegedly paid off his two friends Nigerian brothers Ola and Abel Osundairo $3,500 to carry out the attack.
He was hit with 16 felony charges of disorderly conduct - all which were dropped by Cook County State Attorney Kim Foxx.
On Monday cops released 69 hours of footage related to the case - including video of cops discovering Smollett with a noose around his neck, which he said he kept on to show police as evidence of the attack. 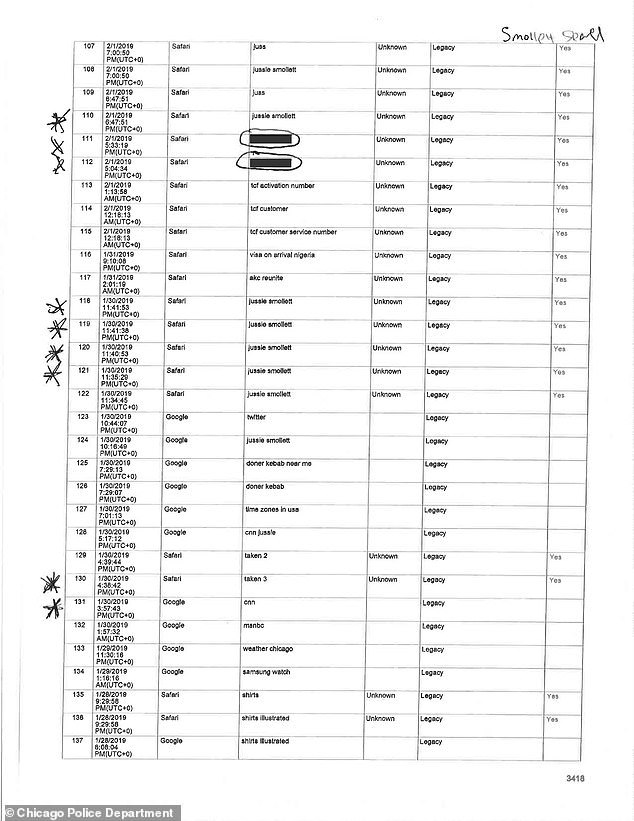 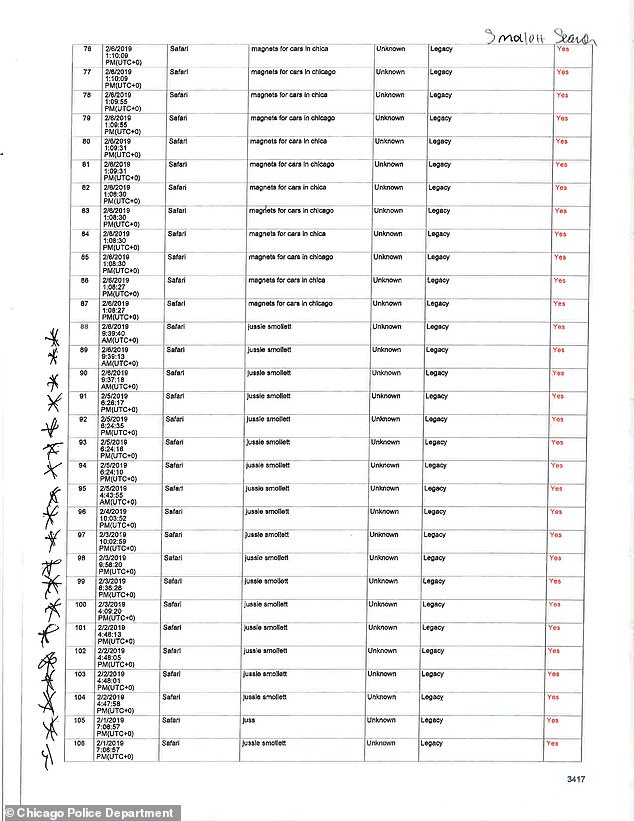 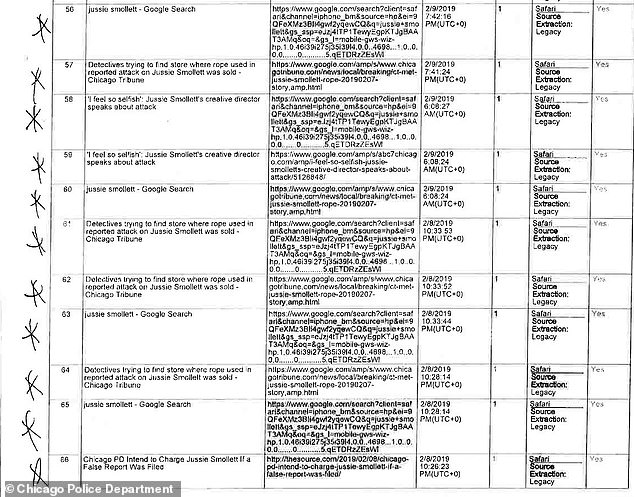 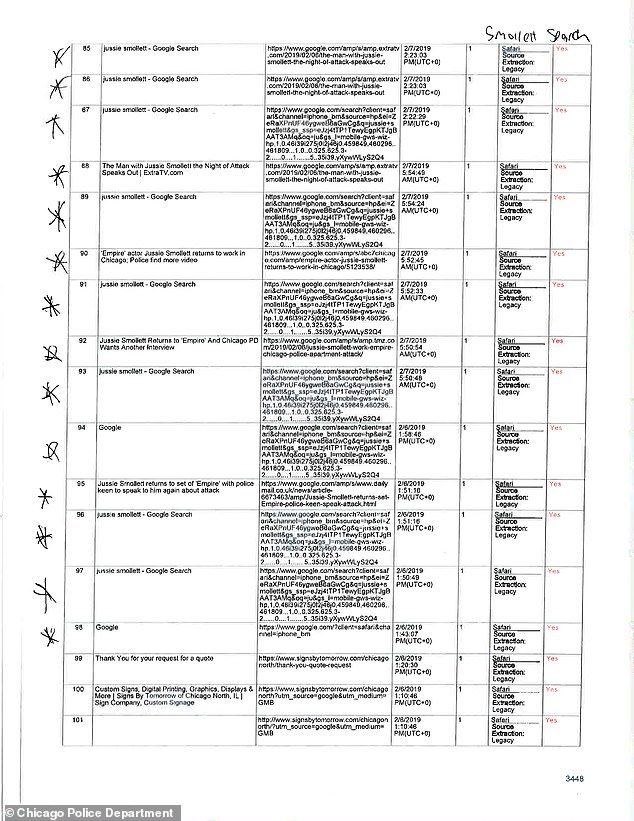 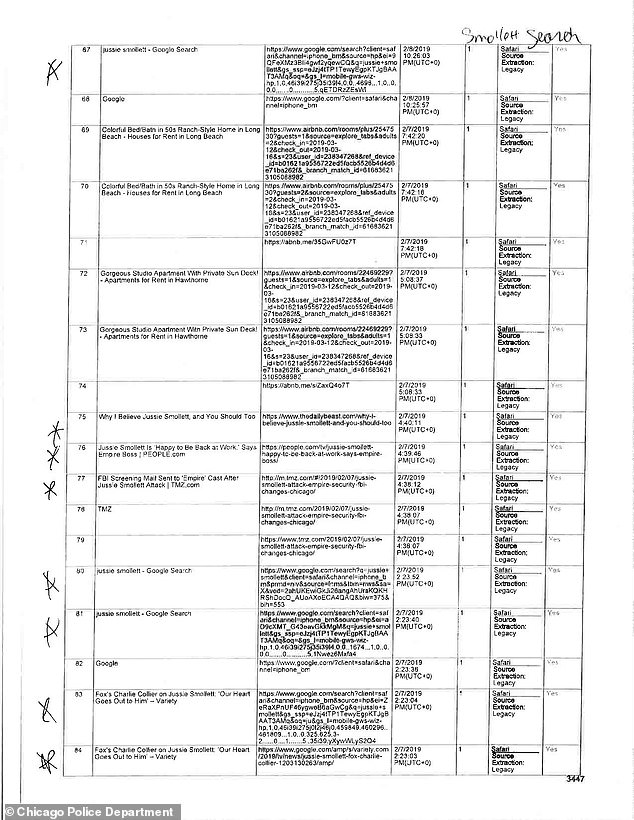