The Avian Honeyguides of Africa 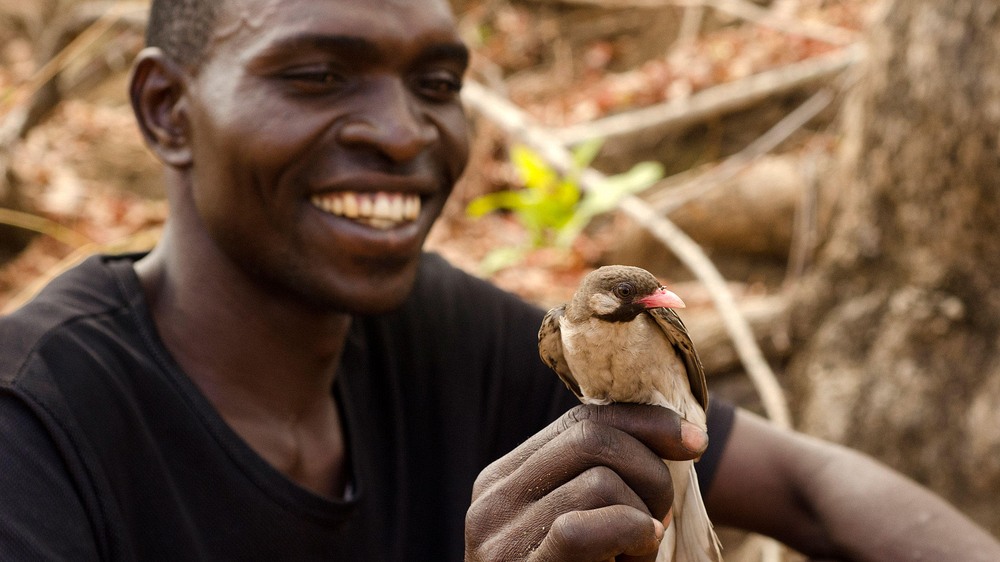 South of the great Sahara Desert in North Africa, there lives a bird called the greater honeyguide (Indicator indicator) that has developed a special symbiotic relationship with the local honey hunters. The honeyguide eats beeswax, and although it is excellent at finding bees’ nests, it’s unable to sneak past the stinging bees alone. Instead, it approaches humans and makes a loud chirping noise to attract their attention. Then it flies in the direction of the nest. Over the centuries, local tribes have learned to follow the bird. Once the bees are subdued with smoke, and the honey extracted, the hunters leave behind the beeswax as payment to their avian guide.
While humans have used domesticated animals to hunt for thousands of years, this partnership is rare because the birds are neither trained nor domesticated. On the contrary, it’s the birds that trained the humans to follow their lead and hunt for them. This is one of the most extraordinary partnership between humans and a wild animal.
The unusual collaboration was first reported by a Portuguese missionary named João dos Santos based in Mozambique in 1588. Santos often noticed a small bird fly through cracks in the walls of his mission church in Sofala, and nibble at the candlesticks. He also described how the bird would lead men to bees’ nests by calling and flying from tree to tree. Scattered accounts of the bird’s peculiar behavior have appeared throughout the centuries, but owning to the anecdotal nature of these reports, many have dismissed them as myth. It wasn’t until Kenyan ecologist Dr. Hussein Isack and German zoologist Heinz Ulrich Reyer published the results of their pioneering research in 1989, that the legends about the honeyguide were confirmed.
Dr. Isack describes the process by which honeyguides lead men:

The greater honeyguide draws the atten­tion of a human by flying close to him, moving restlessly between perches around him, and emitting a double-noted, persistent call, which sounds like “tirr-tirr-tirr-tirr”. “Thereafter, it often performs a directional flight above the tree tops and may disappear for a minute or more. Upon returning, the bird perches again on a conspicuous tree or bush. If approached to within 5 to 15 m, the bird takes off, still calling. After a short undulating flight, during which the white outer tail feathers are displayed, it perches again and continues calling. As the Borans follow, they whistle, bang on wood, and talk loudly to the bird to keep it interested in the guiding. When they get close to it, the bird flies to another perch. This pattern of leading and following is repeated until the bee colony is reached.

On arrival at the nest, the bird perches close to it and emits the “indication call”. This call differs from the previous guiding call in that it has a softer tone, with longer intervals between successive notes. There is also a diminished response, if any at all, to whistling and shouting by humans. After a few indication calls, the bird remains silent. When approached by the searching gatherer, it flies to another perch close by, sometimes after circling around the nest. The resulting flight path finally reveals the location of the colony to the gatherer. If the honey collector does not (or pretends not to) detect the nest, the bird gives up after a while. It may then leave the area either silently or start a guiding session to another colony. In the latter case, it switches from the indication call to the guiding call and resumes a fairly direct flight pattern. 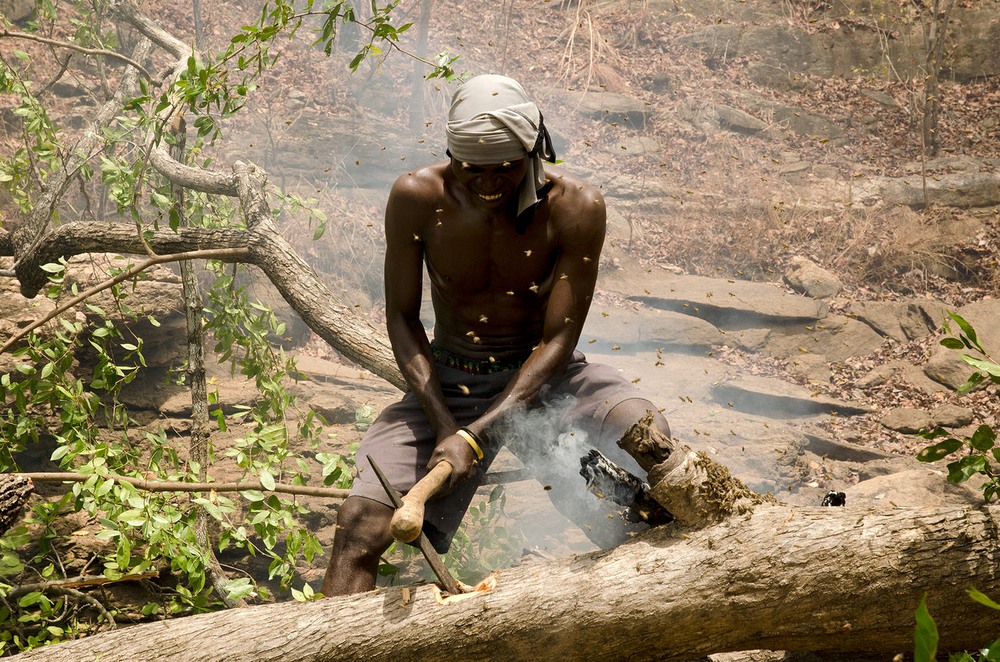 The honey gatherers have also developed a special way of communicating with the bird. Claire Spottiswoode, a zoologist from the University of Cambridge, discovered while following honey gatherers of the Yao community in Mozambique that one can also summon the bird by a loud trill followed by a grunt—“brrrr-hm”. The birds have learned to recognize this sound as an indication that the men are ready to follow. This human signal, however, is confined to the Yao people. A different cultural group living a thousand kilometer away might use a different signal that convey the same meaning.
The diet of a greater honeyguide consist mostly of wax, such as beeswax and the waxy secretions of certain scale insects and waxworms. They also eat crawling insects, spiders, and occasionally fruits. The greater honeyguide is one of the few species of birds that can digest wax. Despite beeswax being a significant part of the greater honeyguide’s diet, the bird is almost totally reliant on humans for this food. According to Dr. Isack, up to 96 percent of a beehive is inaccessible to the bird unless humans have opened them up.
On the other hand, the role played by the little bird is gradually shrinking as more villagers have turned to keeping their own hives instead of hunting for hives in the wild, leaving the honeyguide to forage their own food.
All photographs by Claire Spottiswoode 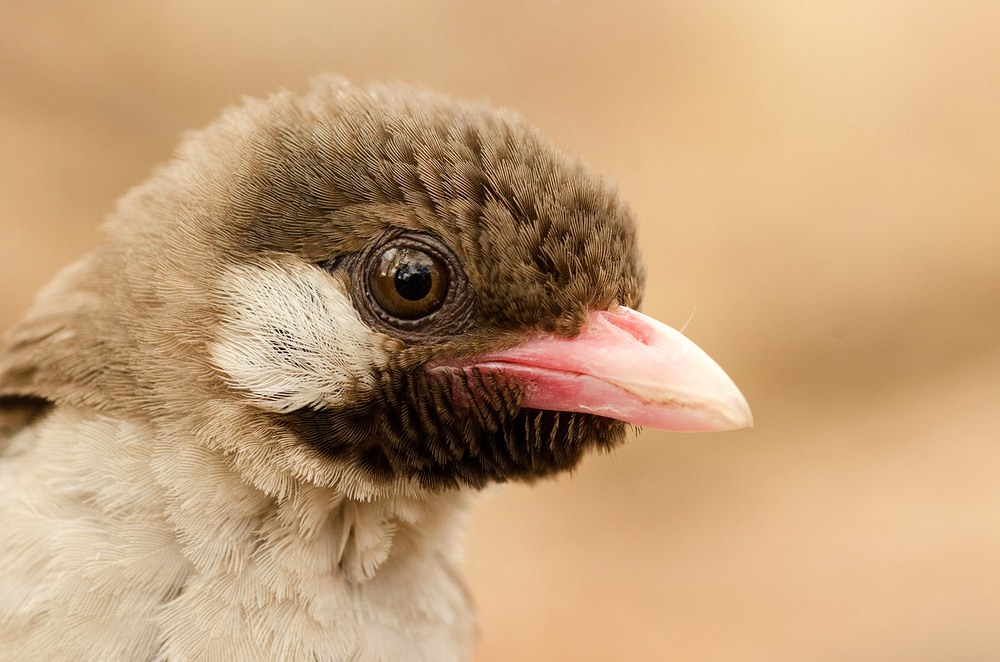 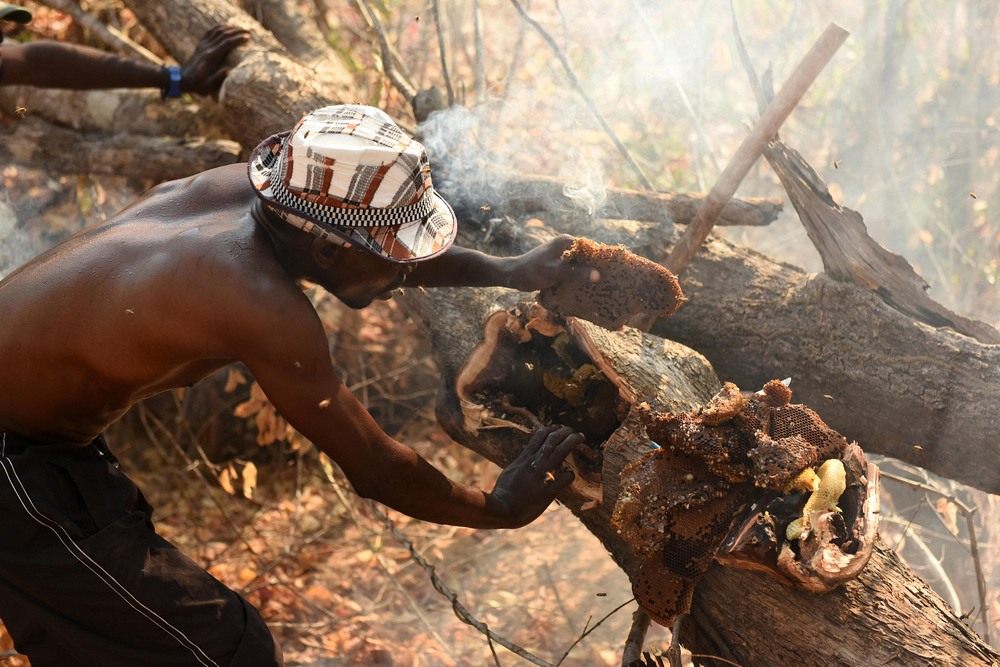 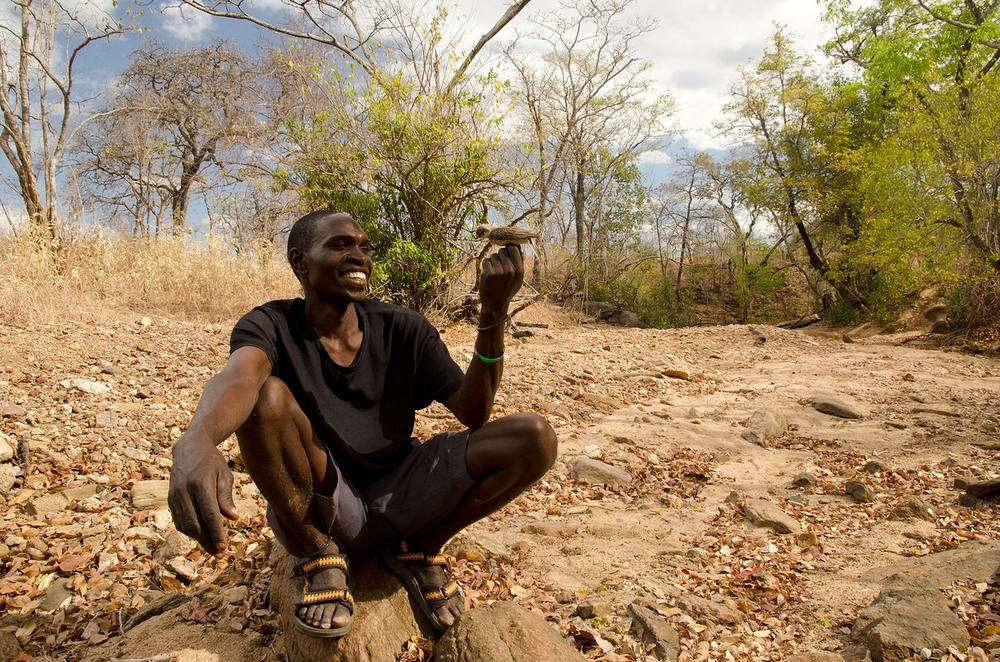