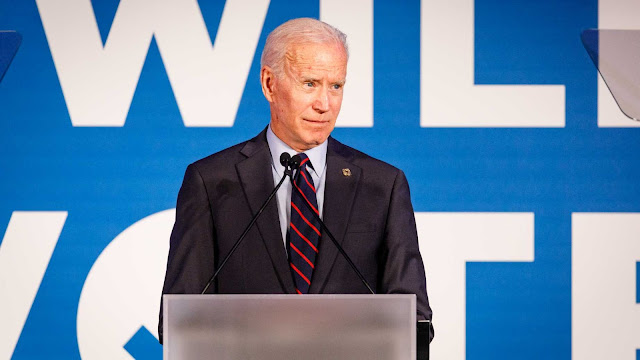 Kate Bedingfield, Joe Biden's campaign communications director, was grilled during a Friday interview on CNN about why the 76-year-old candidate flipped on his stance on the Hyde Amendment.

"Last month, the former VP told a supporter that he would commit to abolishing the amendment, which bans federal funding for abortions," Fox News reported. "On Wednesday, however, his campaign says he still supported it, sparking major backlash among progressives as well as his 2020 primary challengers. Late on Thursday, he reversed course again, declaring that he can no longer support the amendment."
"This is not a decision about politics," Bedingfield said. "This is a decision about health care."
"It is an issue about health care access, and you heard him say that last night," Bedingfield continued. "The Vice President feels like in this moment of crisis on choice that he does not want to be for closing off any avenue for women receiving the health care that they need."
"So why this change now?" CNN's Brianna Keilar asked. "Because if you're trying to convince people that this isn't about political expediency, which is part of Joe Biden's hallmark or as he would hope it would be, then don’t you have to explain substantively how he changes his mind from Wednesday to Thursday on an issue as significant as this?"
Bedingfield said that it was a "tough personal decision," and pointed to Biden's book, where he supposedly wrote: "I've made life difficult for myself by putting intellectual consistency and personal principle above expediency."
Keilar noted that Bedingfield did not answer her question.
WATCH: 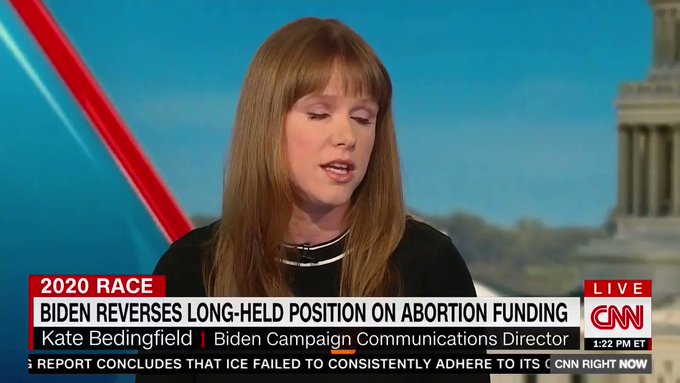