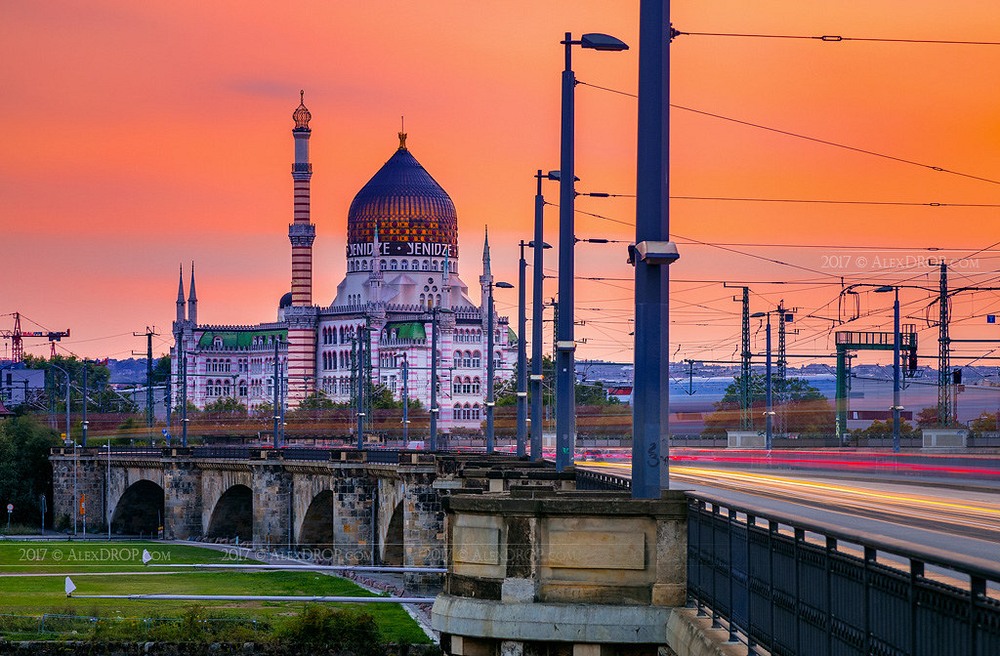 Standing on the banks of the Elbe river, in the German city of Dresden, is a monumental building with a multicolored glass dome and high-rise minarets reminiscent of a mosque. Its magnificent Islamic decoration and distinctive architectural character stands out from the typical Baroque buildings that Dresden is known for. Since its inception, more than a hundred years ago, the building has been known as the “tobacco mosque”.
The story of the “tobacco mosque” dates back to 1886, when the Jewish German industrialist Hugo Zietz founded a cigarette company in Dresden called the Yenidze Tobacco and Cigarette Factory. It was named after the tobacco-growing area centered around a small town called Genisea located in modern Greece. Zietz imported tobacco from the Ottoman Empire and manufactured Turkish blend cigarettes in his factories. As the business grew, Zietz decided to build a new factory.
Back then, Dresden prohibited the construction of factories within the city which can be easily identified as factories. In other words, the factories had to be disguised. Hugo Zietz found the oriental style suitable for this purpose. The building would not only meet the requirements of the city council but also serve as an advertising monument for the oriental cigarette brand.
In 1907, Hugo Zietz hired the architect Martin Hammitzsch—who would later marry the half-sister of Adolf Hitler— to design the building. Hammitzsch had never seen a mosque in his life and had to sought refuge in photographs of tombs and mosques in Cairo and Andalusia to make his blueprint. The design was so controversial at that time that Hammitzsch was ousted from the chamber of architecture for his draft. But when Zietz threatened to pull his business out of the city, the authorities relented. 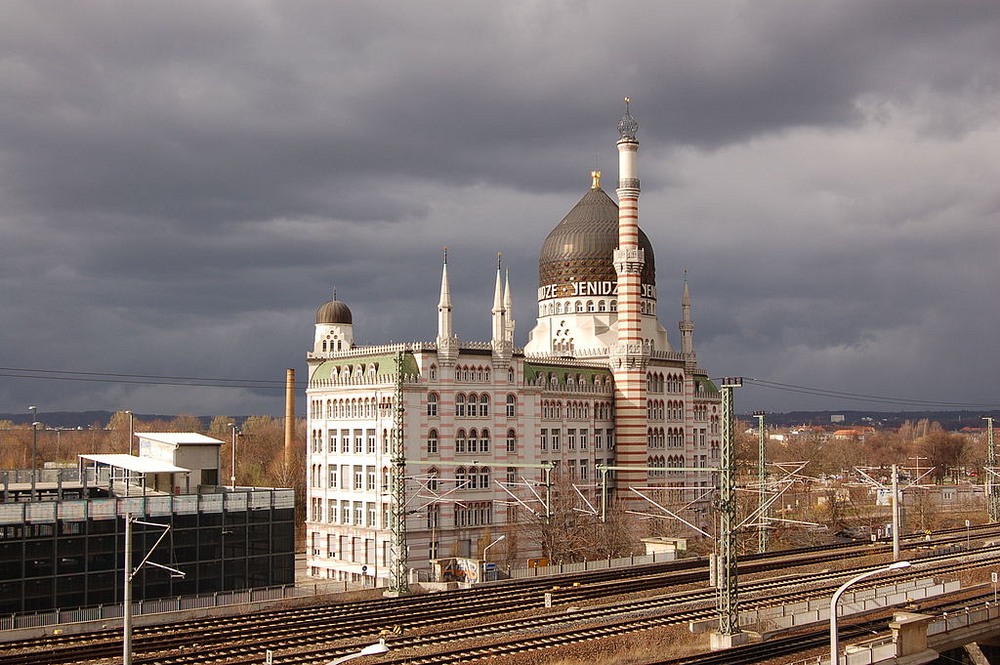 The factory opened two years later. It was Germany's first building with a reinforced concrete skeleton. The large glass dome was covered with glass and the building had six hundred differently designed windows. The tiled wall decoration on the western façade combined art nouveau with Moorish elements painted with lavish decors on specially glazed tiles. Around the base of the dome, powerful arc lamps illuminated the words “Salem Aleikum”, which is a popular Arabic greeting meaning “may peace be upon you.” The sign was the first neon sign to be produced in Germany. “Salem Aleikum” was also the name of a cigarette brand the company manufactured.
The Yenidze Tobacco and Cigarette Factory rose to become the largest manufacturing facility for cigarettes in Germany. At its peak there were 1,500 workers at the factory rolling butts with their hands. The working conditions inside the factory as well as its social system was exemplary. The light-flooded halls were well ventilated, dust-free and every floor featured washing facilities. On the upper floor, there were a luxuriously equipped canteen and rest areas with canvas chairs. Whenever the staff wanted, they could relax on the roof terrace during lunch breaks.
During World War 2, Dresden was heavily bombed by American bombers that turned the city into rubble. One third of the factory building was destroyed including the “Salem Aleikum” sign. After the end of the war and the division of Germany, the Eastern Republic nationalized the factory in 1953 and turned it into a store for raw tobacco. Following the reunification of Germany in 1990, the building was renovated and turned into an office building with a restaurant on the top. A new sign spelling out the original name of the building was installed at the same place where the “Salem Aleikum” neon sign stood. 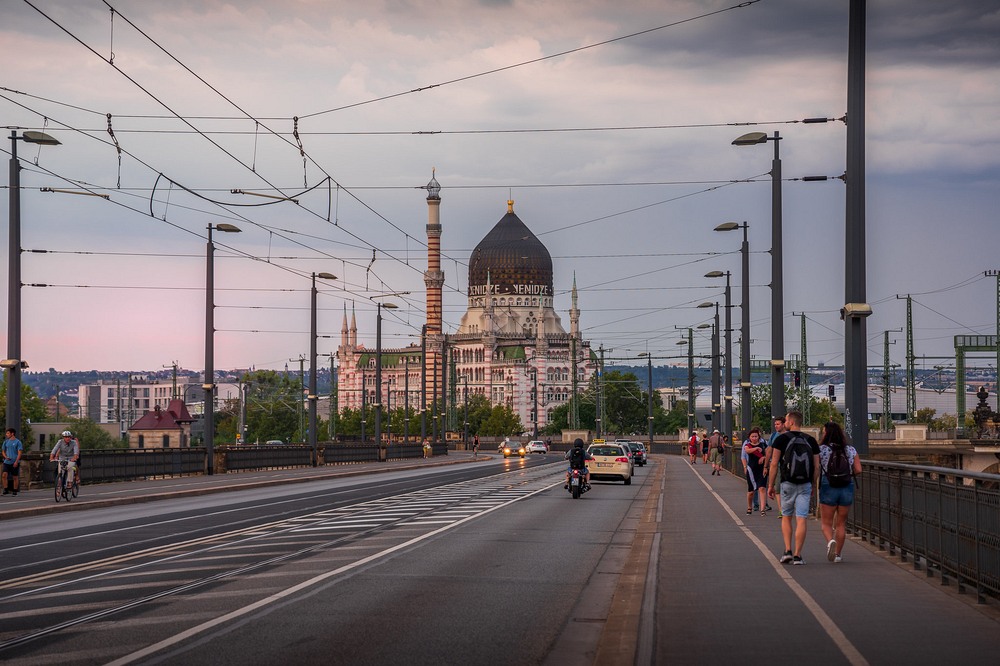 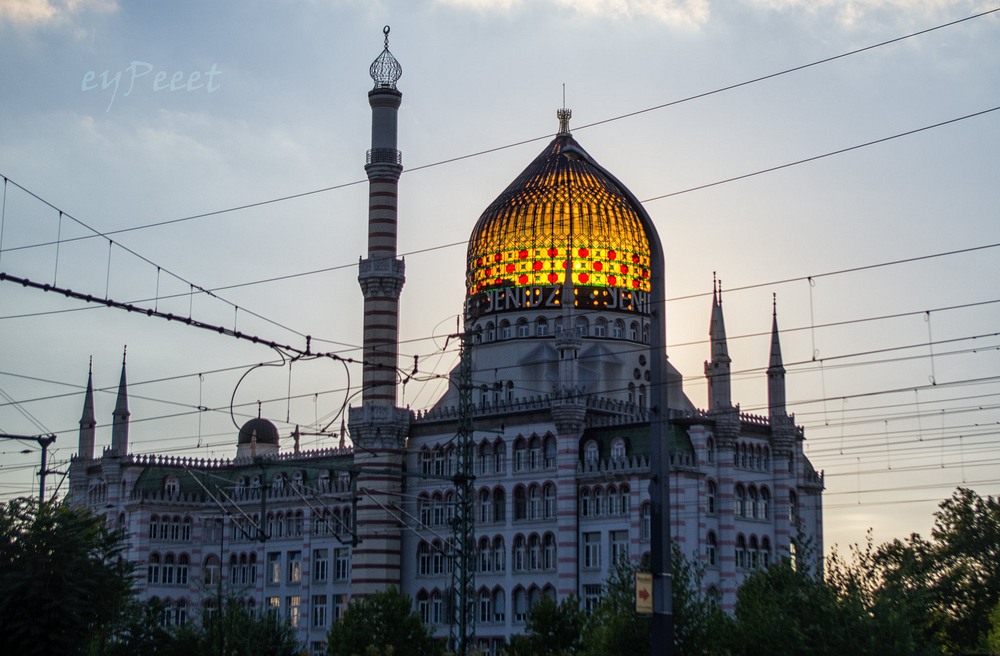 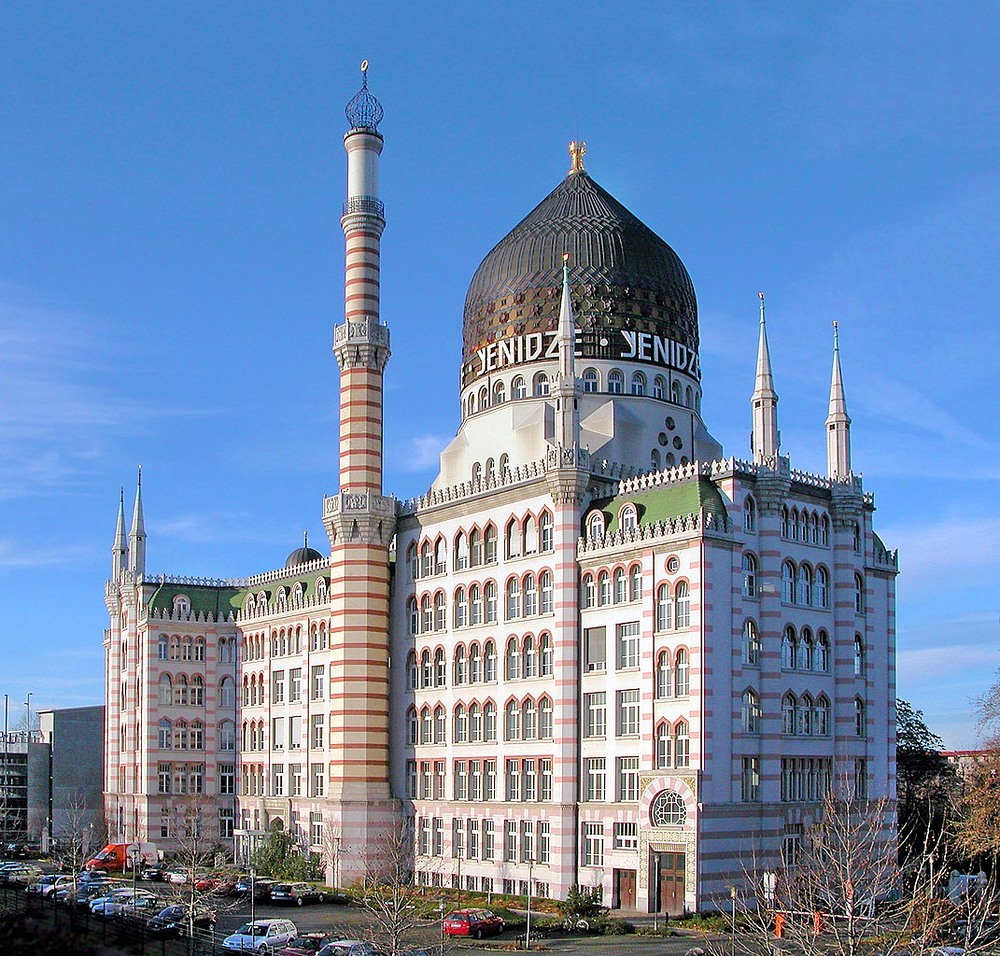