The southern part of South America is fractured into a number of small islands collectively known as Tierra del Fuego. Located roughly between 52° and 55° latitudes, these islands constitute some of the most distant landmasses on earth measured from the equator.
The region is sparsely populated, but there are two major population centers here—Ushuaia and Río Grande—both located on Isla Grande de Tierra del Fuego, the largest island of the archipelago. This island is shared by Argentina and Chile, and while the Chilean part is geographically larger, the Argentinean side is more populous. Both Ushuaia and Río Grande are similarly sized, but Ushuaia is located further south, a position that has allowed it to claim the title of the “southernmost city in the world,” although it is not the only town who claims so. 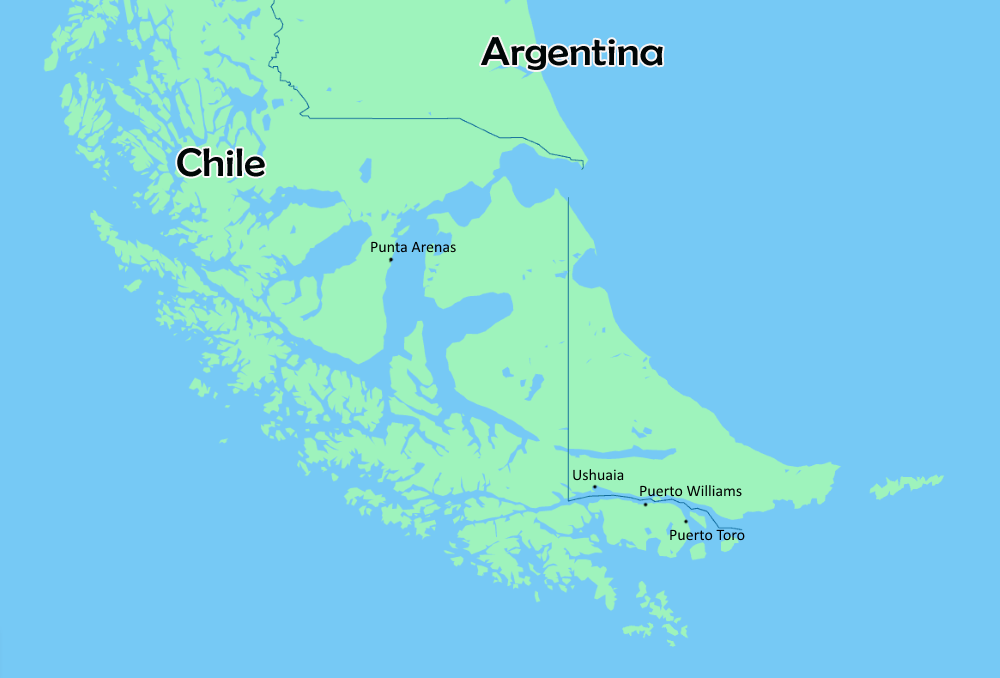 Ushuaia is the administrative capital of Tierra del Fuego, an industrial port and a tourist hub. Almost all tourist trips to Antarctica start from here. People from all over the world fly in to Ushuaia, disembark and immediately proceed to board one of the cruise ships that line the dock, for the voyage south. Few actually stop to explore the city.
Ushuaia has a sizable population of 71,000 and the infrastructure to call itself a city. There is a settlement called Puerto Williams further south, but it has a population of only 2,800. Puerto Williams is the capital of the Chilean Antarctic Province, and it too claims the title of world's southernmost city. But because of the town’s small size and population, that claim is not taken too seriously. 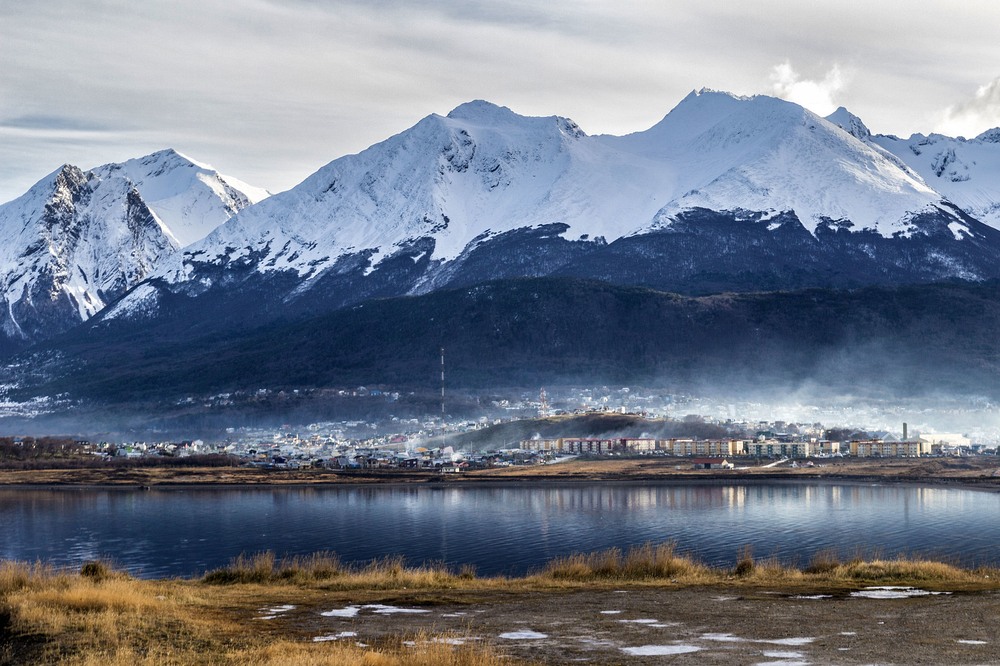 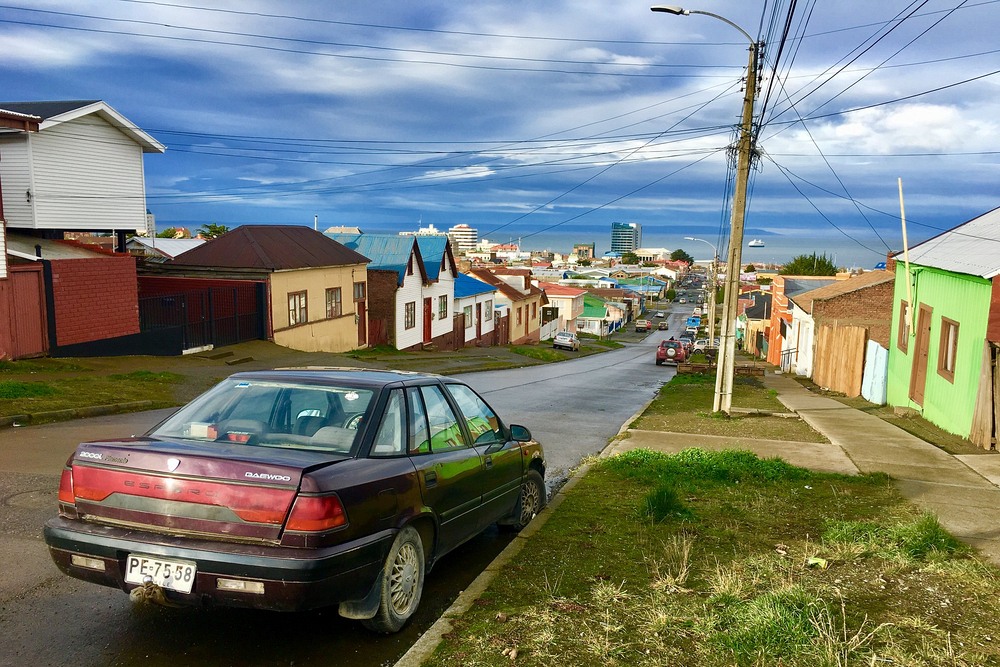 Punta Arenas.
If size is not a criteria, than Puerto Toro is the world’s southernmost settlement having a permanent population of 36—mostly fishermen and their families. It is the only such community on Earth that is situated below the 55th parallel south. It is also the only Chilean locality and port with coasts and waters belonging to the Atlantic Ocean.
Puerto Toro was founded in 1892 during the Tierra del Fuego Gold Rush and was once one of the most important towns in the region. Once the gold prospect diminished, people moved out and Puerto Toro became a small hamlet. 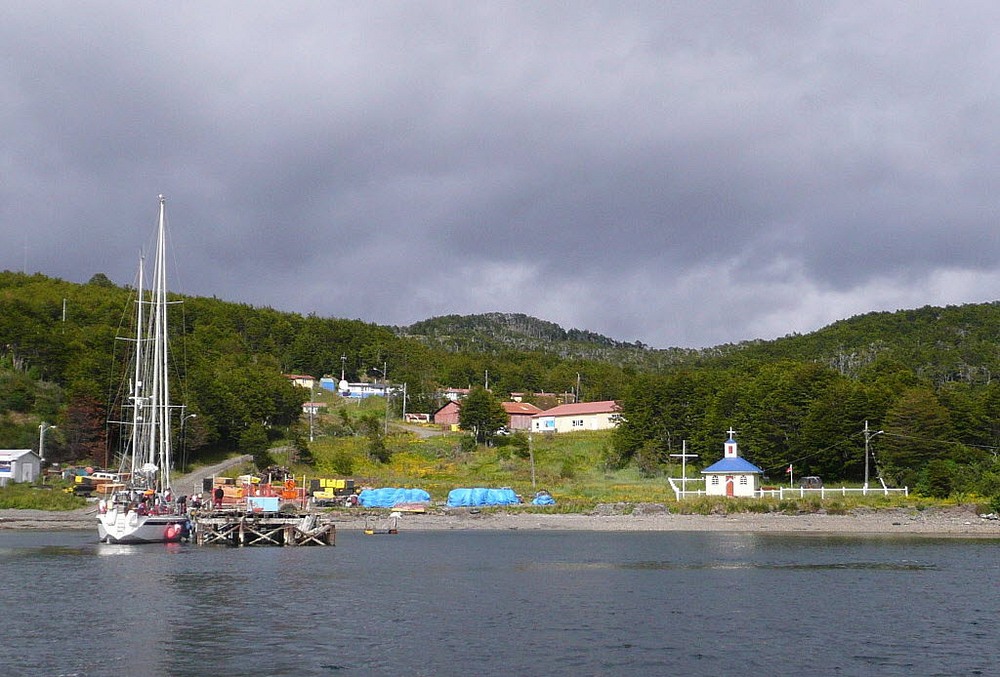