WaPo publishes bizarre op-ed smearing pro-lifers as racist, and gets slapped down for it 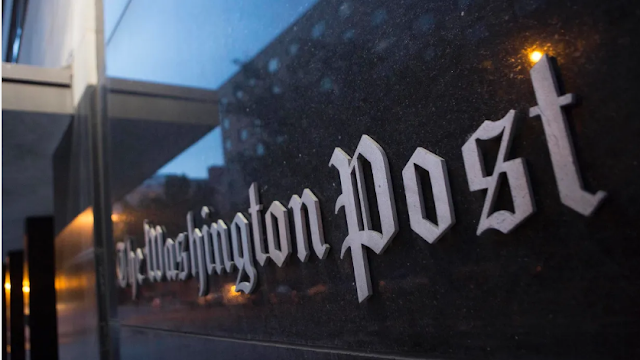 The Washington Post faced online backlash after they published an insinuation of racism against writer J.D. Vance in a pro-abortion opinion article.

The article by Marissa Brostoff attempts to link white supremacy to the pro-life movement, but among the tenuous associations is a quote from Vance when he spoke at a conference.

[A]s replacement discourse enters the conservative mainstream, talk of birthrates comes along with it. "Our people aren't having enough children to replace themselves. That should bother us," J.D. Vance, author of the best-selling "Hillbilly Elegy," told his audience at the National Conservatism Conference last month; earlier this year, he described himself as "appalled" by Democrats' permissive attitudes toward abortion. Vance did not spell out exactly who was included in the word "our." He didn't need to.

Critics loudly lambasted the unsubstantiated and misleading insinuation that Vance was speaking about whites.

"This piece claims Vance opposes abortion because he wants America to be more white," said Ben Domenech of The Federalist. "We get it, @hiattf @RuthMarcus, all WaPo's contributors think abortion is great."

"Lying about people who hate it and saying they're racist only makes you look crazier," he added.

As documented by Ramesh Ponnuru in the National Review, the section before the quoted excerpt made it clear Vance was speaking about the birth rate of the entire country, not just whites.

There are a lot of ways to measure a healthy society, but the most important way to measure a healthy society is by whether a nation is having enough children to replace itself. Do people look to the future and see a place worth having children in? Do they have economic prospects and the expectation that they're going to be able to put a good roof over that kid's head, food on the table, and provide that child with a good education? By every statistic that we have, people are answering "no" to all of those questions.

Ponnuru criticized the rest of the op-ed as "stupid" and argued that the attempted association of white nationalism with the pro-life cause was all "propagandistic."