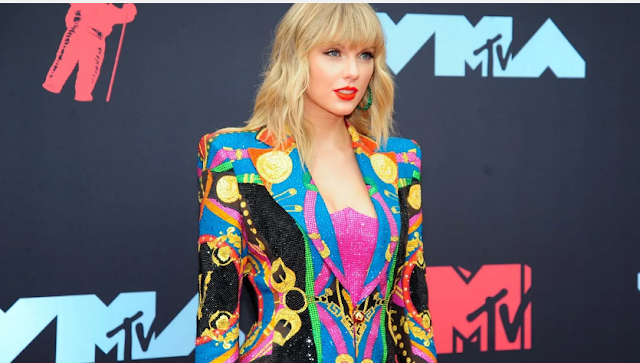 The White House has responded after superstar singer Taylor Swift used part of her acceptance speech at the Video Music Awards to hit out at the Trump administration for not acknowledging her petition endorsing the House-passed Equality Act — an initiative branded as a measure to keep LGBTQ Americans from being oppressed.

Swift made a point during her time on stage Monday night to call out the White House for not yet responded to her Change.org plea for the Senate to take up the Equality Act and vote on it. On Tuesday, the singer's wish was granted.

A White House spokesperson issued a statement saying, "The Trump administration absolutely opposes discrimination of any kind and supports the equal treatment of all; however, the House-passed bill in its current form is filled with poison pills that threaten to undermine parental and conscience rights," Fox News reported.

The Los Angeles Times noted that Tuesday's messaging from the administration is familiar. Swift wrote in a letter to her own senator, Lamar Alexander (R-Tenn.), earlier this year, "I personally reject the President's stance that his administration, 'supports equal treatment of all,' but the Equality Act, 'in its current form is filled with poison pills that threaten to undermine parental and conscience rights.'"

The Washington Examiner's Brad Polumbo — himself a gay conservative — addressed the Equality Act's "poison pills" in an op-ed about what he called Swift's "virtue signaling" published Tuesday.

"Swift says the Equality Act 'basically just says we should all be equal under the law,'" Polumbo wrote. "This is a gross oversimplification and insults the many people, including gay conservatives such as myself, with serious and substantial objections to the bill."

The columnist went on to argue, "In cases of competing rights claims, the Equality Act mandates that sexual and gender minorities win by default, when current standards under the Religious Freedom Restoration Act allow for a weighing of both sides. This doesn't make gay and transgender people equal — it elevates their rights over those of religious minorities."