The White Volcanoes of Harrat Khaybar

Of the millions of pilgrims that visit the holy city of Medina, in Saudi Arabia, every year to pray in the Prophet’s Mosque, few people are aware that the city is build upon the basalt flows of a past volcano, with the now dormant volcano lying very close to the city. This volcanic field, known as Harrat Khaybar, contains some of the rarest examples of white volcanoes, so called because of their light colored rocks caused by the presence of a kind of alkali and silica-rich light blue-gray igneous rock called comendite. 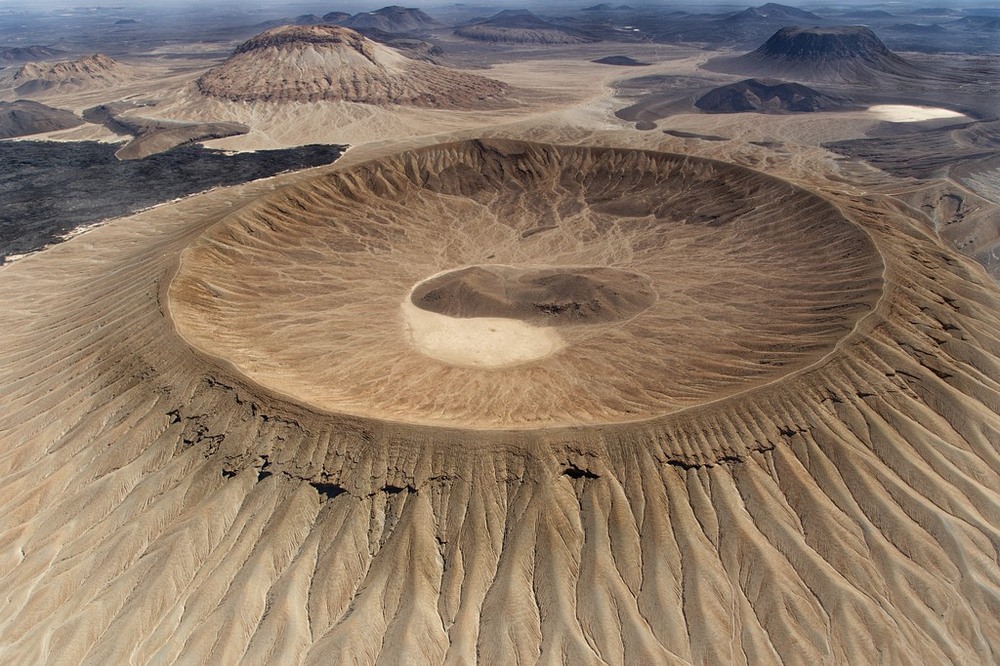 An aerial view of the Jebel Bayda, a white volcano made by silica-rich lava (comendite) in Harrat Khaybar.
This uncommon type of lava was first discovered in Queensland Australia in the Glass House mountains, although it has also turned up in Sardinia, Corsica, Ascension Island, Ethiopia, Somalia and few other areas of East Africa.
The Harrat Khaybar volcano is one of Arabia's largest volcanic fields and covers more than 14,000 square km. The volcanic field was formed by eruptions along a 100-kilometer, north-south vent system over the past 5 million years. The most recent recorded eruption took place between 600–700 AD.
Harrat Khaybar contains a wide range of volcanic rock types and spectacular landforms, as represented in the photograph below. The image was taken by the Expedition 16 crew aboard the International Space Station in March 2008. 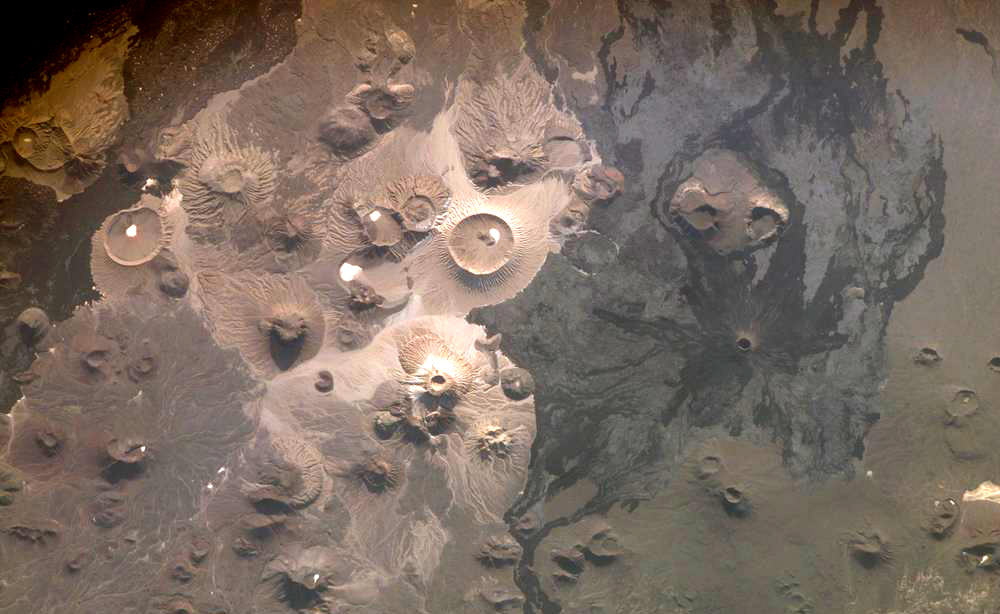 The symmetric structures are tuff cones, formed by eruption of lava in the presence of water. The combination produces wet, sticky pyroclastic deposits that can build a steep cone structure, particularly if the deposits consolidate quickly. The presence of these tuff cones indicate that the local climate was much wetter during some periods of volcanic activity. Today, this region is as dry as bone with little to no yearly precipitation leading to an almost total lack of vegetation.