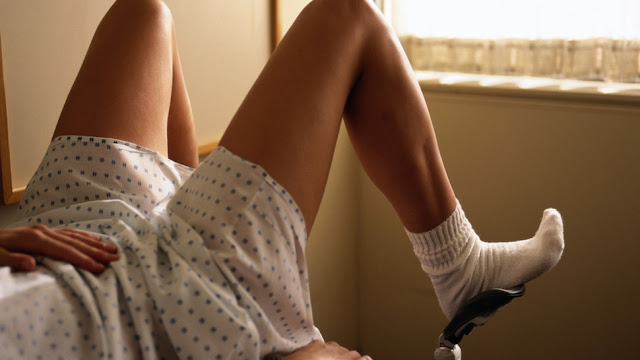 A Virginia doctor has been arrested after he allegedly performed hysterectomies and tied fallopian tubes without the patient’s consent.
NBC News reported that Javaid Perwaiz, 69, was charged with “health care fraud and making false statements to federal investigators.” His case is in the hands of federal authorities.
NBC reported that Perwaiz was an obstetrician-gynecologist in Chesapeake, VA. More from NBC:
In one case, Perwaiz, an obstetrician-gynecologist in Chesapeake, told a woman she needed a hysterectomy after discovering the “imminent onset” of cancer, the documents said.
The patient objected and asked instead for a less invasive operation, in which only her ovaries were removed, the court papers said.
When the woman awoke from surgery, “she was shocked to discover Perwaiz performed a total abdominal hysterectomy.” The doctor cut the patient’s bladder in the process, causing sepsis and requiring a six-day hospital stay, investigators claimed.
When the woman later obtained her medical records, the surgery was described as “elective” and cancer was not mentioned, they said.
Another woman had gone to Perwaiz for post-menopausal bleeding. Perwaiz performed a hysterectomy on her and claimed in medical records that the woman suffered from “chronic pelvic pain, pressure and persistent cramping.”
The woman, according to NBC, told investigators she had none of those symptoms and that Perwaiz warned her that she could get cancer if she did not get the surgery.
Other patients claim Perwaiz “routinely used the ‘C-word’ [cancer] to scare patients into having surgery.”
In yet another horrific example, a woman who was helped by Perwaiz for an ectopic pregnancy later learned that she would not be able to naturally conceive a child because her fallopian tubes “were burnt down to the nubs, making natural conception impossible,” court documents reviewed by NBC showed.
Further, “Perwaiz lost his admitting privileges in 1982 at a hospital in nearby Portsmouth for performing unnecessary surgeries and poor clinical judgement,” NBC reported. He also “faced eight malpractice suits, including allegations he caused permanent injuries to three patients and life-threatening injuries to two others and failed to use techniques that were not invasive.”
Perwaiz’s name has since been removed from the websites of Bon Secours Maryview Medical Center and Chesapeake Regional Medical Center.
WTKR reported that Perwaiz had been under investigation by the FBI since September 2018, after a hospital employee provided a tip that he was performing unnecessary surgeries on patients without their knowledge. Between January 2014 and August 2018, the outlet reported, “Perwaiz performed a surgical procedure on 40% of his Medicaid beneficiaries which amounted to 510 patients.” Of those patients, about 42% received two or more surgeries.


Perwaiz is currently in custody at Western Tidewater Regional Jail. His first court appearance is on November 14, the outlet reported.