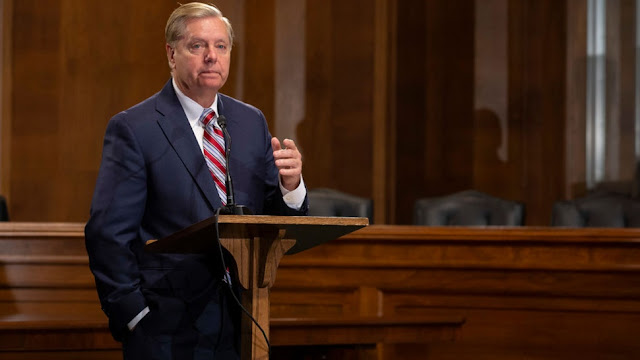 Sen. Lindsey Graham (R-SC) expressed his gratitude to President Donald Trump on Wednesday for standing by Justice Brett Kavanaugh during his contentious confirmation process to the Supreme Court.
“The Judiciary Committee is not for the faint of heart. Our Democratic friends are tough. They believe in their causes and we have to fight hard for our causes,” Graham said during an event celebrating Trump’s federal judicial confirmation milestones. “But one thing I want to say about President Trump — the defining moment of your presidency for me was the Kavanaugh hearing.”
“This room would be empty if we had failed Brett Kavanaugh,” he continued. “Brett Kavanaugh lived a life we should all be proud of; he worked hard and the way he was treated was the worst experience I have had in politics. A lot of people would have pulled the plug on him. Mr. President, thank you for not pulling the plug.”

Elizabeth Harrington ✔@LizRNC
"A lot of people would have pulled the plug on [Kavanaugh]. Mr. President, thank you for not pulling the plug." 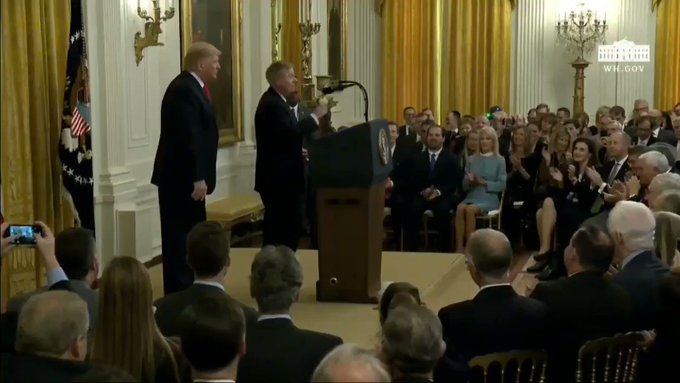 195 people are talking about this
Kavanaugh faced multiple unfounded allegations of sexual misconduct near the end of the Senate Judiciary Committee’s hearing on his confirmation to the Supreme Court, igniting a media firestorm around his nomination. Graham, who now serves as the chairman of the committee, was a fierce and vocal defender of Kavanaugh and was instrumental in pushing his confirmation through the process.
During the hearing, the South Carolina senator notably provided an explosive condemnation of Democrats’ handling of both the sexual assault allegations and their treatment towards the nominee. Referring to the entire process as an “unethical sham,” he slammed his colleagues across the aisle for sitting on the allegations for weeks after they first received them.
“What you want to do is destroy this guy’s life, hold this seat open, and hope you win in 2020,” Graham said to Senate Judiciary Democrats during the Sept. 2018 hearing. “You’ve said that, not me. You’ve got nothing to apologize for. When you see Sotomayor and Kagan, tell them that Lindsey said ‘hello’ because I voted for them. I would never do to them what you’ve done to this guy.”
“Boy, you all want power,” he added. “God, I hope you never get it. I hope the American people can see through this sham — that you knew about it and you held it.”
Prior to the vote, many questioned whether Republicans had enough support for a successful confirmation, raising further questions on whether the president would pull Kavanaugh’s nomination and move forward with another choice. Trump, however, stood by his nominee and the Senate ultimately confirmed Kavanaugh by a razor-thin margin of 50 to 48.
“Let me tell you why it is important [not to pull the plug],” Graham explained. “Who would have been after Brett if he had went down? What conservative young lawyer would want to go through this if we had failed Brett Kavanaugh?”


“When you run and you get re-elected a year from now, one of the main reasons is that people in the conservative world believe that you will fight for judges,” he added. “God bless you.”