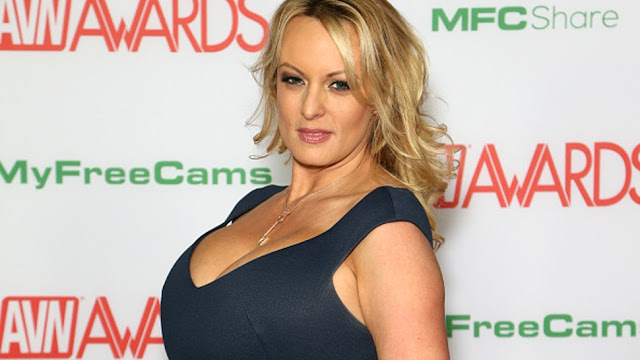 After previously booting an attendee from his concert for refusing to sing his vulgar song, rapper YG pulled none other than Stormy Daniels on stage over the weekend. Daniels then sang along to YG’s smash hit, “F*** Trump.”
According to The Independent, the rapper was “performing at Camp Gnaw Flog Carnival at Los Angeles’ Dodger Stadium and invited the adult film star to join him on stage.”
As Daniels took the microphone, she shouted to the crowd, “My name is Stormy f***ing Daniels, and I am the reason Donald Trump is f***ed.”
That statement might had some truth to it a year ago, but since then, the Democrats’ plan to oust Trump via Operation Stormy Daniels has all but imploded. As The Daily Wire’s James Barrett reported in March of this year:

At the concert, rapper YG asked Stormy Daniels if she really had sex with Donald Trump, to which she replied, “No, I just laid there.” Here’s the full clip of the encounter:

@Brian_A96
@bigbizthegod wanna talk about how YG had Stormy Daniels on stage before he performed FDT? 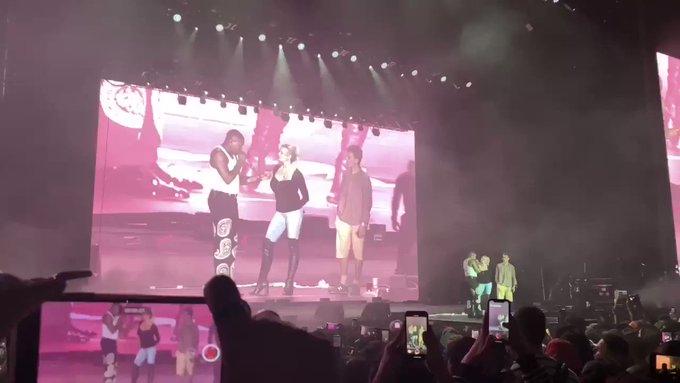 17 people are talking about this
Two weeks ago, rapper YG treated a fan at one of his concert with contempt and disdain for not singing along to his anti-Trump anthem “FDT” (“F*** Donald Trump”) after YG had invited the young man on stage.
“I spotted you in the crowd, I asked if you f*** with Donald Trump. You said, ‘You don’t know.’ So since you don’t know, I need you to make up your mind tonight,” said YG as he demanded that the fan state his name and yell out, “F*** Donald Trump.”
The fan refused and YG proceeded to kick him off stage as the crowd cheered. YG then launched into a rant about his hatred of President Trump.
“No, you won’t?” asked YG in response to the fan. “Get his ass outta here! He a Donald Trump supporter. Get his ass outta here! Don’t come to a motherfu**in’ show with YG on a motherfu**in’ billboard, Donald Trump supporter. Don’t let his a** back in the crowd. Tell ’em YG said so.”
“Donald Trump racist, he don’t f*** with black people, so if you f*** with Donald Trump, you racist as f*** and I can’t f*** with you. Period,” he said.
“Another example of the tolerant Left,” White House press secretary Stephanie Grisham said of the incident.
The mean-spirited and cruel move prompted a fierce response from conservatives — and no shortage of liberals — on social media.
“You’re a bigot. Full stop. You should be ashamed of yourself. You hate a president who has done more for black people than any other president in modern history,” said activist CJ Pearson.


“If YG was a Republican during the Obama era and made someone say f*** Obama and they refused and kicked them out, this would be all over the news and there would be protests and riots. I don’t understand how it doesn’t work both ways,” said one Twitter user.