Whistleblower Lawyer In January 2017: ‘Coup Has Started,’ ‘Impeachment Will Follow’ 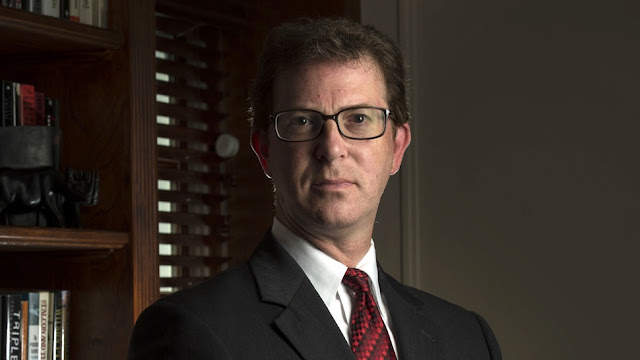 Mark Zaid, the attorney for the Ukrainian whistleblower, stated just days after President Donald Trump was inaugurated in January 2017 that the “coup has started” and that “impeachment will follow.”
“The posts, which came shortly after President Trump fired then-acting Attorney General Sally Yates for failing to defend federal laws in court, are likely to fuel Republican concerns that the whistleblower’s complaint is tainted with partisanship,” Fox News’ Gregg Re reported. “Trump has repeatedly accused Democrats and partisans in the intelligence community of effectively plotting a coup against him, through selective leaks and lengthy investigations.”
Zaid tweeted: “#coup has started. First of many steps. #rebellion. #impeachment will follow ultimately. #lawyers” 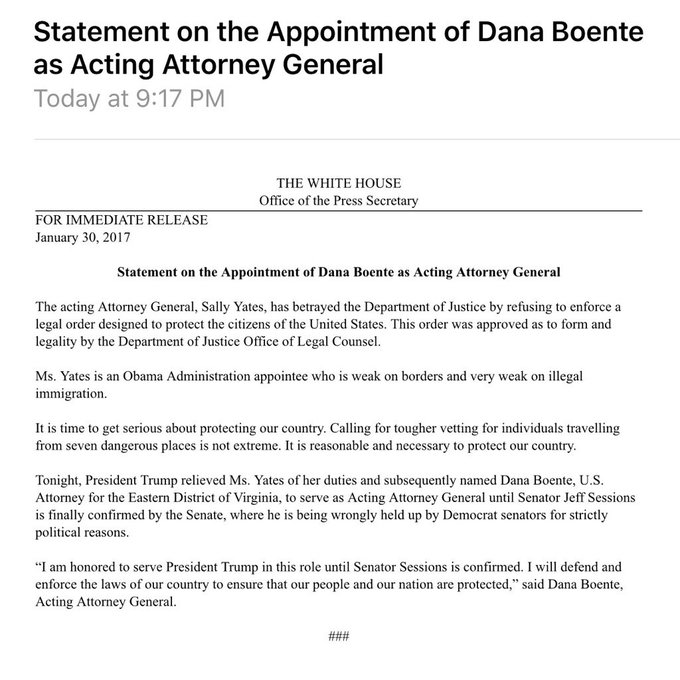 4,364 people are talking about this
In another tweet, Zaid responded to President Trump’s government account after Trump announced that he was appointing Dana Boente as Acting Attorney General.
Zaid wrote: “#coup has started. As one falls, two more will take their place. #rebellion #impeachment”

1,396 people are talking about this
In a statement provided to Fox News, Trump campaign communication director Tim Murtaugh said, “The whistleblower’s lawyer gave away the game. It was always the Democrats’ plan to stage a coup and impeach President Trump and all they ever needed was the right scheme. They whiffed on Mueller so now they’ve settled on the perfectly fine Ukraine phone call. This proves this was orchestrated from the beginning.”
Fox News also highlighted multiple instances in which Zaid said in 2017 that Trump would be impeached.
Trump has been repeatedly labeled as a conspiracy theorist for believing that there is a group of individuals in the government who work against the administration which is referred to by many as the “deep state.”
On October 1, Trump tweeted: “As I learn more and more each day, I am coming to the conclusion that what is taking place is not an impeachment, it is a COUP, intended to take away the Power of the People, their VOTE, their Freedoms, their Second Amendment, Religion, Military, Border Wall, and their God-given rights as a Citizen of The United States of America!”

Donald J. Trump ✔@realDonaldTrump
· Oct 2, 2019
As I learn more and more each day, I am coming to the conclusion that what is taking place is not an impeachment, it is a COUP, intended to take away the Power of the....

Donald J. Trump ✔@realDonaldTrump
....People, their VOTE, their Freedoms, their Second Amendment, Religion, Military, Border Wall, and their God-given rights as a Citizen of The United States of America!
131K
5:11 AM - Oct 2, 2019
Twitter Ads info and privacy

61.7K people are talking about this
Earlier this week, Zaid stated that the whistleblower would be willing to submit written answers to Republicans after public outcry over an anonymous person being the catalyst for an impeachment inquiry.
“Our legal team offered GOP direct opportunity to ask written questions of #whistleblower,” Zaid wrote on Twitter. “Recent GOP messaging, led by President Trump (incl this morning), has been to highlight original #WBer & demand disclosure of identity.”
“Despite long standing policy of [House Permanent Select Committee on Intelligence] to protect #whistleblowers, especially anonymity (btw, this was consistent with my efforts w/GOP on #Benghazi), GOP has sought to expose our client’s identity which could jeopardize their safety, as well as that of their family,” Zaid continued. “We have directly engaged GOP as to the irrelevance of the whistleblower’s information and identity (including addressing any issue of bias), but with little effect in halting the attacks. Btw, countless OIG complaints are filed anonymously & full of hearsay. It’s common.”
“We offered HPSCI (& SSCI), both Majority & Minority, to have #whistleblower answer questions in writing, under oath & penalty of perjury. Obviously, per House rules GOP is beholden to DEMs,” Zaid continued. “We, however, are not. Being a whistleblower is not a partisan job nor is impeachment an objective. That is not our role.”
“So we have offered to @DevinNunes, Ranking HPSCI Member, opportunity for Minority to submit through legal team written questions to WBer. Qs cannot seek identifying info, regarding which we will not provide, or otherwise be inappropriate,” Zaid concluded. “We will ensure timely answers. We stand ready to cooperate and ensure facts — rather than partisanship — dictates any process involving the #whistleblower.”


A Republican source connected to Democrats’ impeachment inquiry said on Sunday, “I don’t think we will settle for scripted interrogatories. We need a full accounting of his actions and how this was orchestrated.”