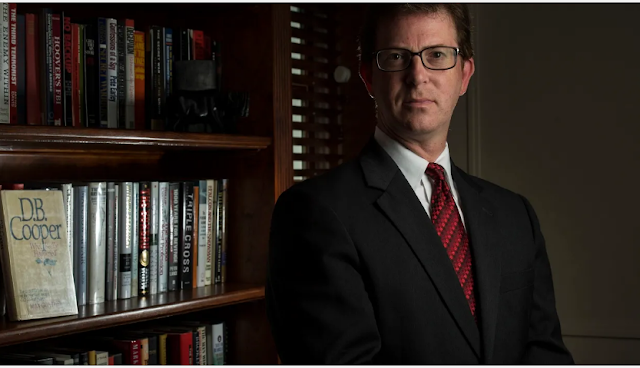 I’ve had cases where domestic abuse was the issue and the client got cleared; & I know of other cases handled by other lawyers. Many of these aren’t reported because they get resolved before there is an appeal to present or they are at agencies that don’t publicly report cases./1
— Leslie McAdoo Gordon (@McAdooGordon) February 11, 2018

This is the second time in a week Zaid has faced scrutiny for resurfaced Twitter comments, as they trickle in amid the lawyer's high-profile representation of the anonymous whistleblower at the heart of the House Democrats' impeachment of the president.


Earlier in the week, Fox News published a series of tweets from Zaid made soon after the president took office, where the lawyer called for a "coup" and "rebellion" against the commander in chief.

Zaid attempted to clarify those messages with a statement, too, and reiterated that he was, indeed, referring to an ongoing "coup" back in 2017 — albeit, a legal one.
President Trump pointed to Zaid's public comments from 2017 as evidence that the impeachment is "all a hoax" and "a scam."

On Thursday, Andrew Bakaj, another attorney who joins Zaid in representing the whistleblower, send a cease-and-desist order to White House counsel Pat Cipollone, warning the president to stop attacking his client.

"I am writing out of deep concern that your client, the President of the United States, is engaging in rhetoric and activity that places my client, the Intelligence Community Whistleblower, and their family in physical danger," Bajak wrote, according to CNN. "I am writing to respectfully request that you counsel your client on the legal and ethical peril in which he is placing himself should anyone be physically harmed as a result of his, or his surrogates', behavior."