In 1965, George and Charlotte Blonsky, a childless New York couple were granted patent for a peculiarly weird invention—an ”Apparatus for Facilitating the Birth of a Child by Centrifugal Force”.
The apparatus consist of a turntable over which the pregnant and ready to delivery woman is laid, with her legs pointed outwards, and is strapped down. The table is then rotated at high speed. When a sufficient speed is reached, the baby slides out of the birth canal propelled by centrifugal force caused by the rotating table. An “infant reception net” located between the legs of the mother catches the baby as it literally flies out.

A replica of Blonskys’ child-birthing apparatus at Dublin’s Science Gallery.
Although the device sounds horrible, its intentions were benevolent. The primary purpose of the invention, as the Blonsky explains, “is to provide an apparatus which will assist the under-equipped woman by creating a gentle, evenly distributed, properly directed, precision-controlled force, that acts in unison with and supplements her own efforts.”
Their patent application reveals more about what went through their heads before they decided that such a device was necessary:

It is known, that due to natural anatomical conditions, the fetus needs the application of considerable propelling force to enable it to push aside the constricting vaginal walls, to overcome the friction of the uteral and vaginal surfaces and to counteract the atmospheric pressure opposing the emergence of the child. In the case of a woman who has a fully developed muscular system and has had ample physical exertion all through the pregnancy, as is common with all more primitive peoples, nature provides all the necessary equipment and power to have a normal and quick delivery. This is not the case, however, with more civilized Women who often do not have the opportunity to develop the muscles needed in confinement. 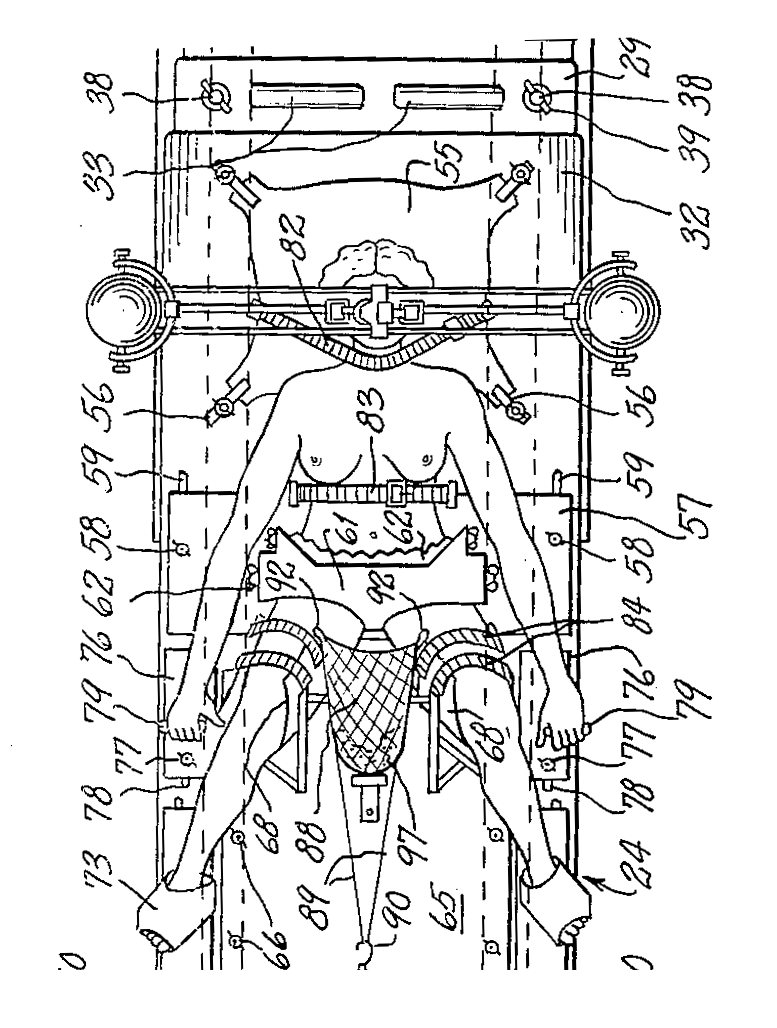 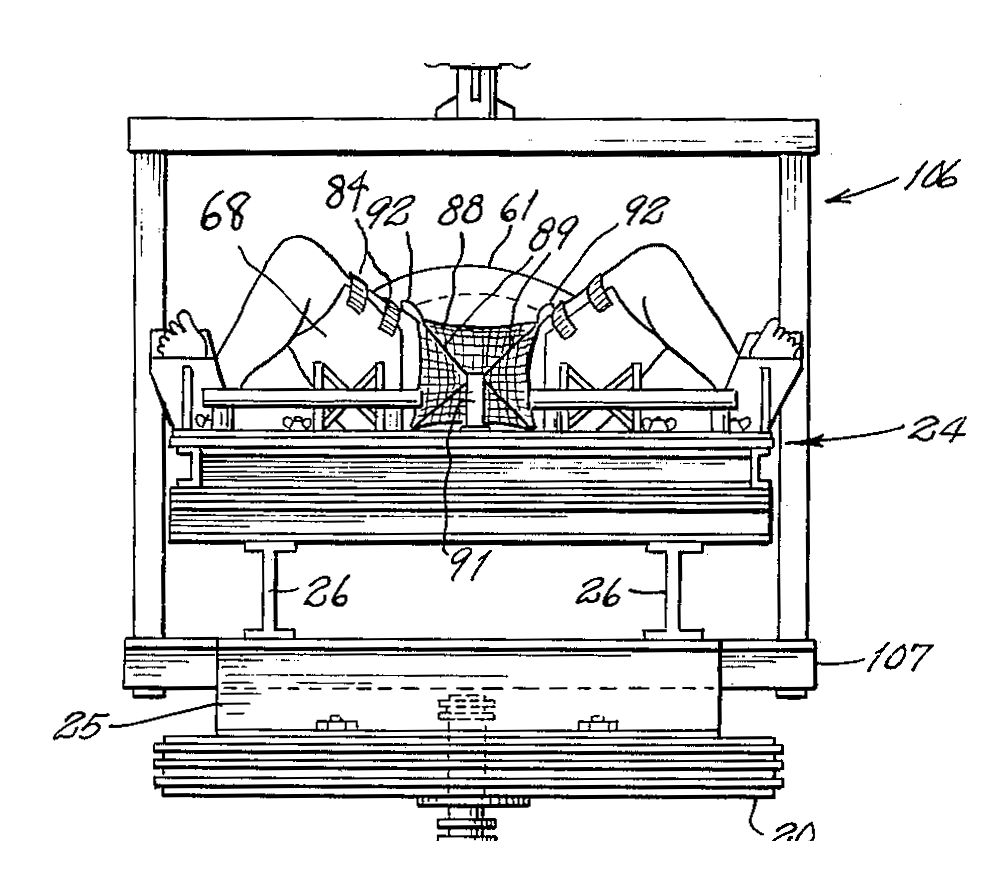 The rest of the patent application describes in detail all the parts of the machine, how the patient would be loaded on to the apparatus and the role the gynecologist would play in deciding what speed to use. However, it makes no mention of strategies for managing motion sickness for the distraught woman already under the pains of labor.
In 2014, the Science Gallery in Dublin built a full-scale model of the Blonsky’s apparatus as part of their “Fail Better” exhibition showcasing thought provoking ideas that failed spectacularly. The machine could go up to 7gs, and is equipped with a bell—in accordance to the original design plans—that rings once the baby lands on the net, “in case, no one was paying attention,” quips Dublin’s Science Gallery researcher Tessa Delehanty.


Earlier, Blonskys’ child-birthing apparatus was awarded the Ig Nobel Prize in 1999, a satirical award that “honor achievements that make people laugh, and then think.”