A Flight aboard the largest, heaviest, and most powerful flying boat in the world, 1930 (22 Pics) 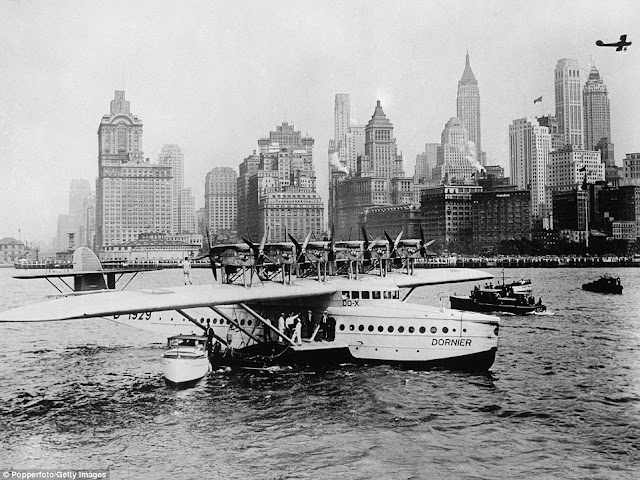 In July 1929 a symbol of luxury air and sea travel took its first flight.
Known as a flying boat the Dornier Do-X, which took its name from its designer Dr Claudius Dornier, could soar through the skies and skim through the seas.
It provided a glamorous way to see the world as the 70-100 passengers onboard were treated to a dining salon, smoking lounge, wet bar and comfortable seating. However, passengers were integral in helping the captain bank into turns by moving from one side of the cabin to another whenever necessary.
Weighing 61 tones and with a wingspan of 177 feet, it was a massive craft that had over 12 engines and could reach an altitude of 1650 feet.
Though it was financed by the German Transport ministry it had to be build in Switzerland as a section of the Treaty of Versailles forbade Germany from manufacturing certain types of airplanes.
While it made publicity journeys through Europe, across the Atlantic to New York, down to Brazil and around the west coast of Africa the airline eventually shuttered as it struggled to foster a commercial audience. Though notably it did have a few non-fatal accidents, which couldn't have helped its image and by the mid-1930s the aircraft had gone out of fashion. 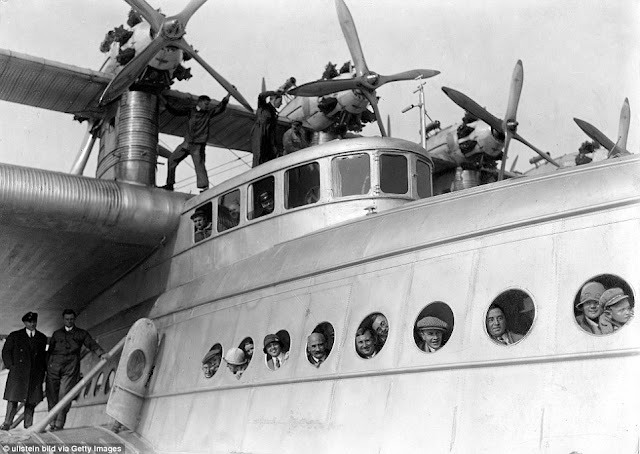 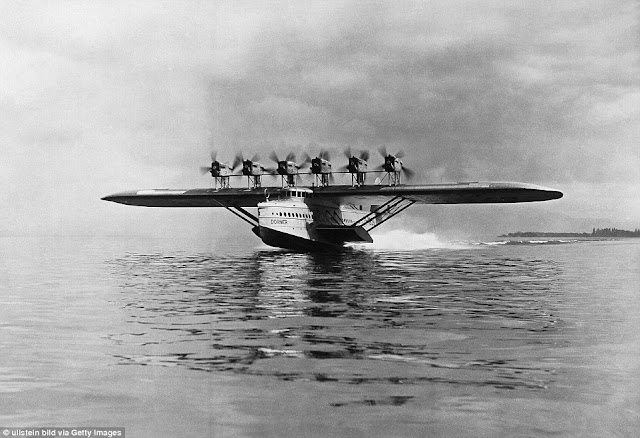 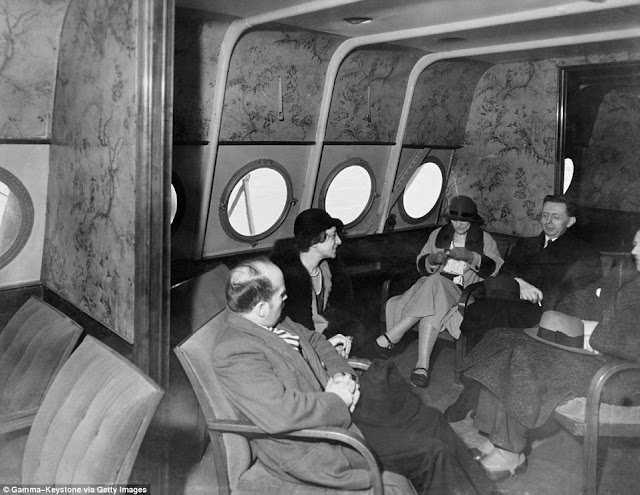 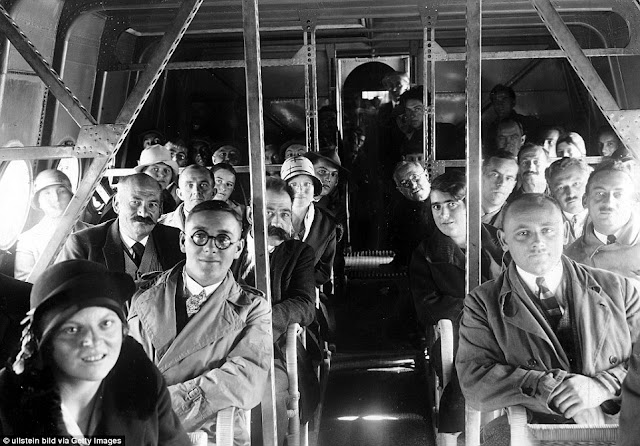 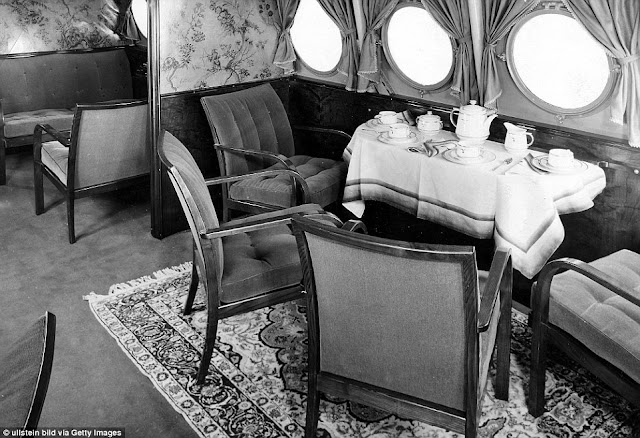 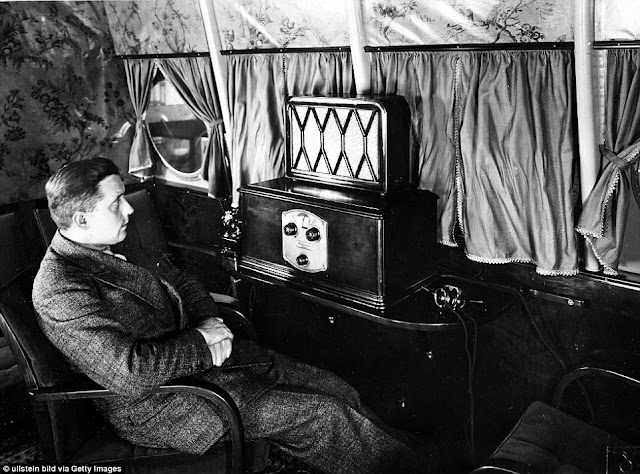 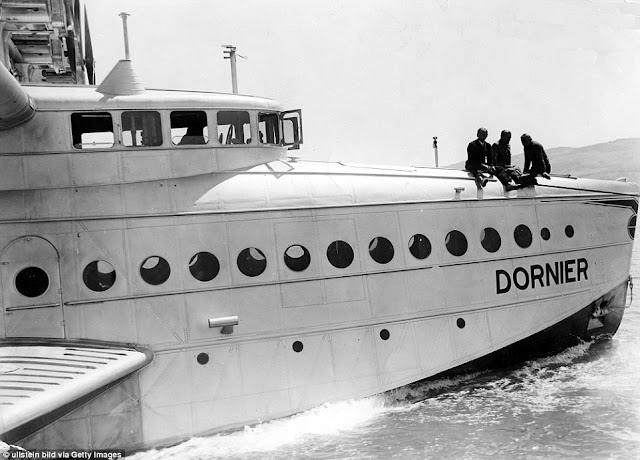 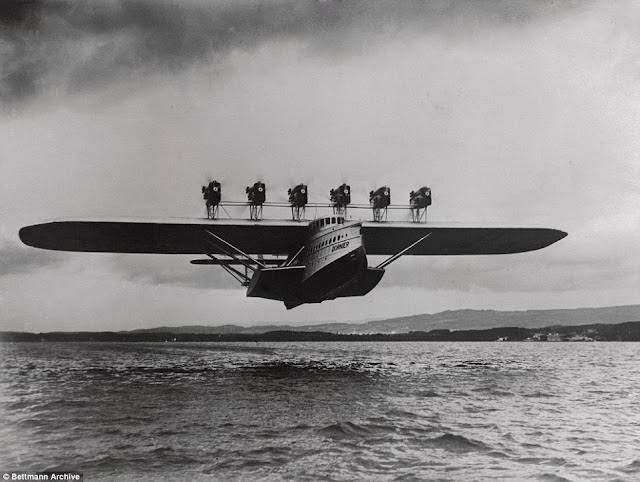 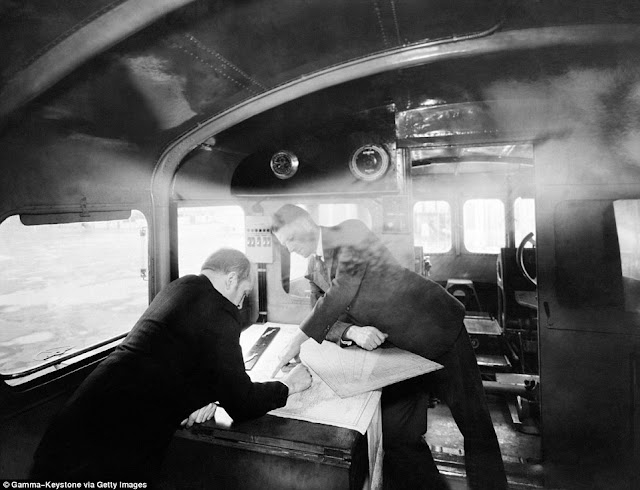 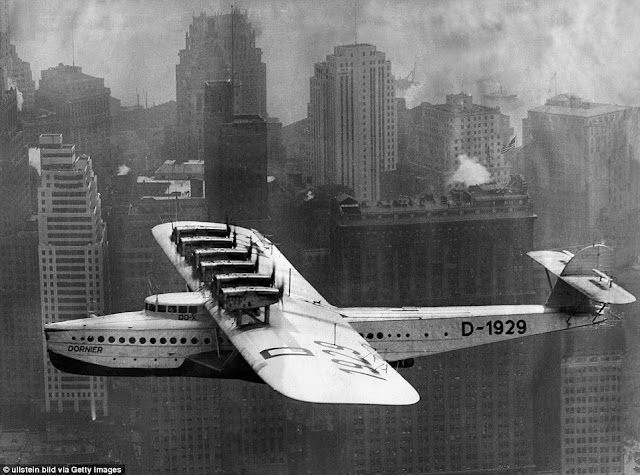 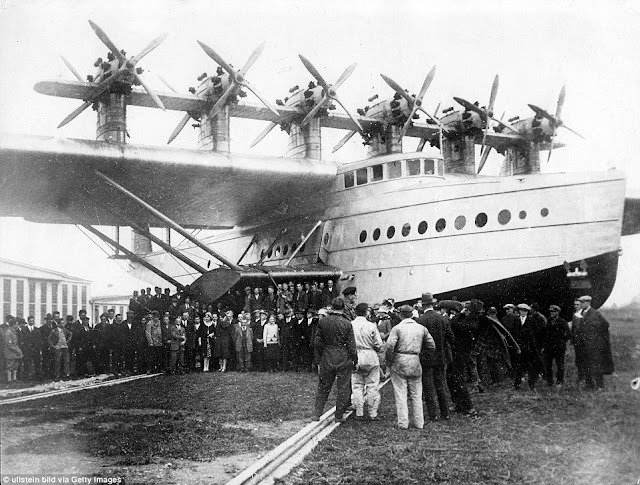 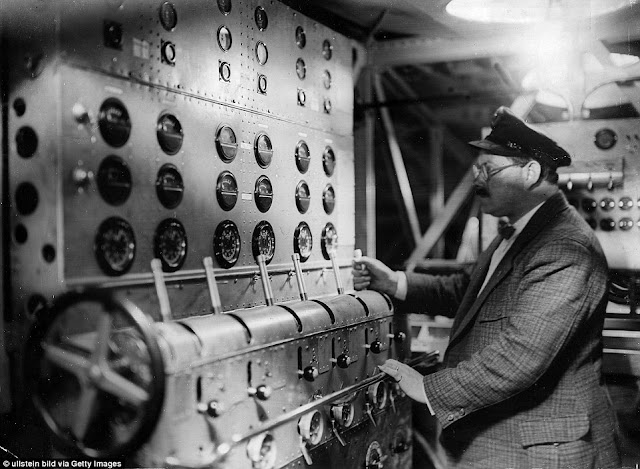 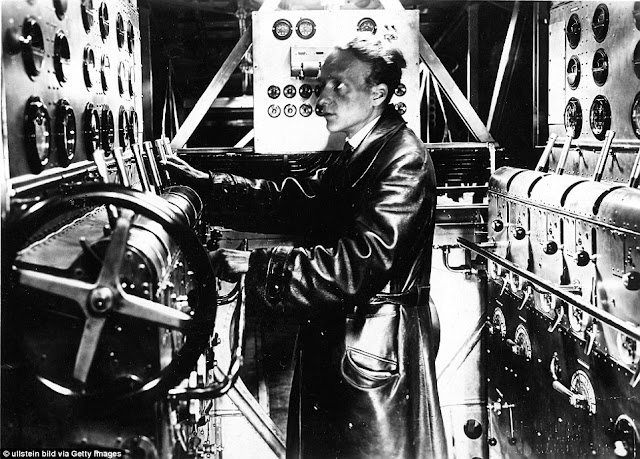 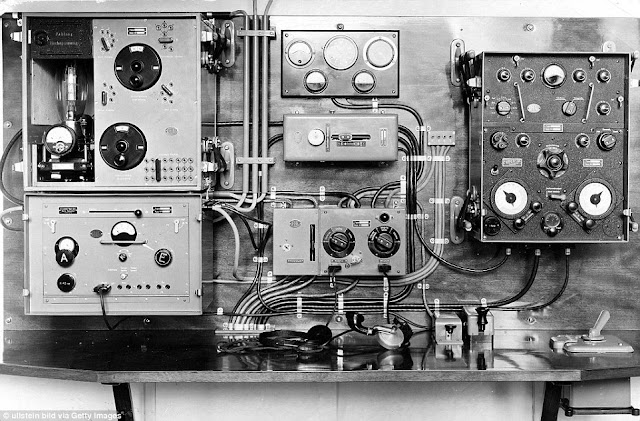 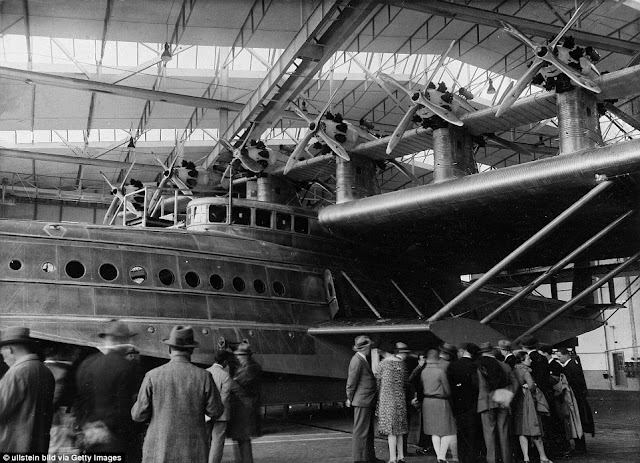 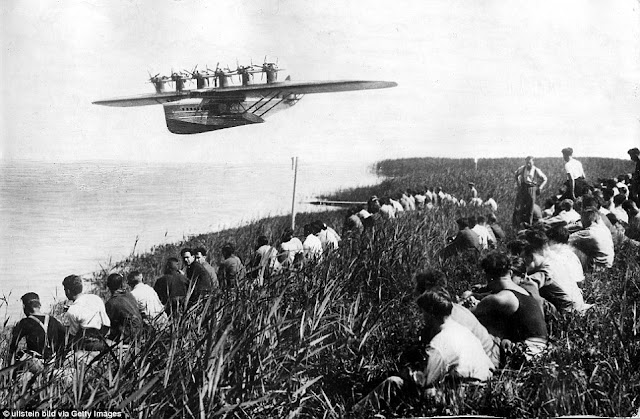 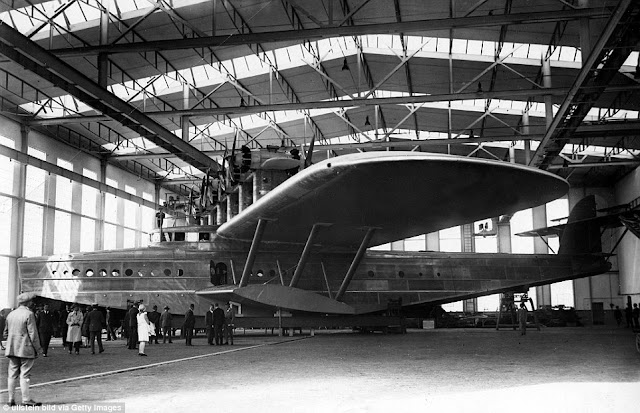 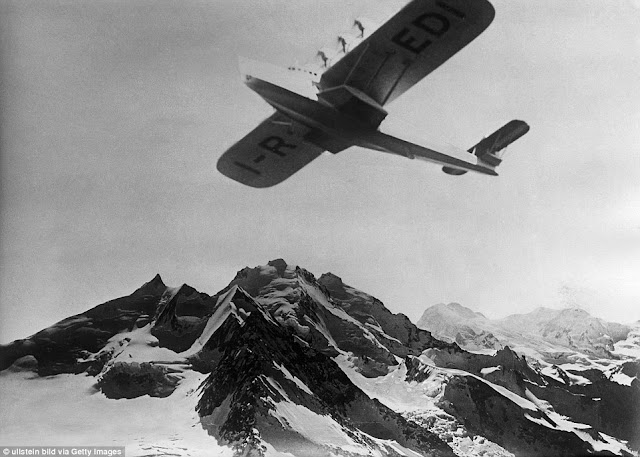 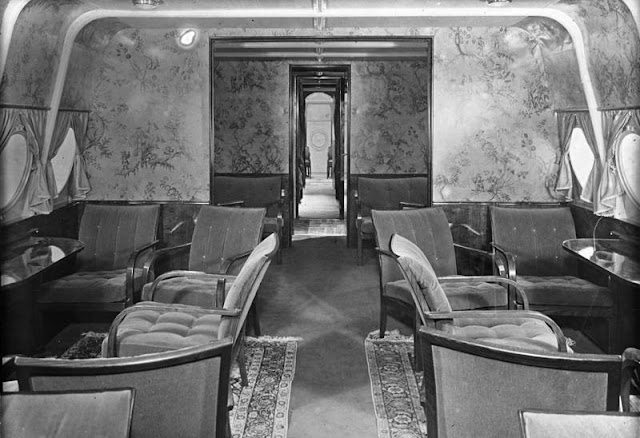 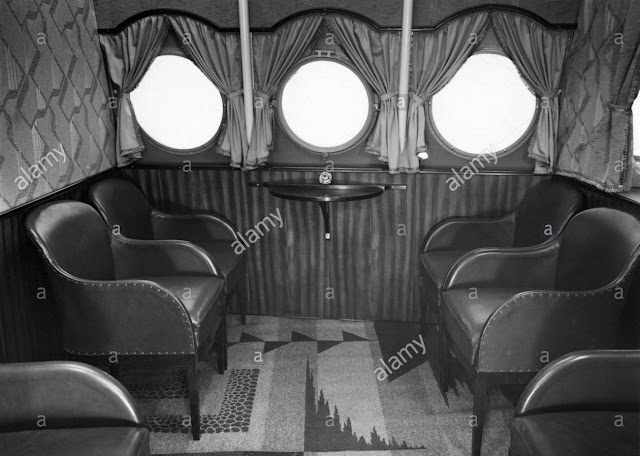 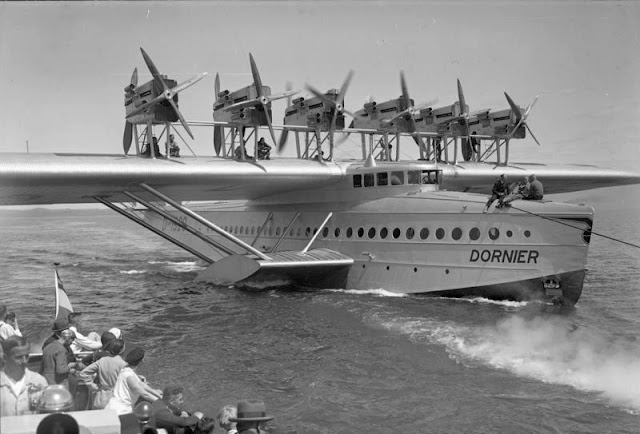