Florida family is raising a gender-neutral ‘theyby’: ‘Chose to acknowledge [that genitals] don’t indicate anything about gender 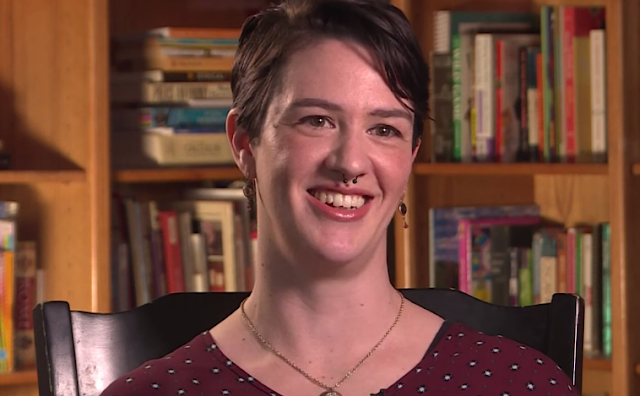 A Florida family is opting to raise their child, Sparrow, as "gender-neutral," and calling the child a "theyby."

According to WTSP-TV, Ari Dennis — Sparrow's mom — believes that her child's genitals don't determine her child's gender.
"We did not assign a sex at birth, which means when they were born, they had genitals, we know what they are, we just chose to acknowledge that those genitals don't indicate anything about gender," Dennis explained.
Dennis said that Sparrow, who is 11 months old, will be able to decide his or her gender when he or she is older, and even noted that her child's birth certificate says "unknown" under "sex."
Dennis told WTSP that she was inspired to raise her child as a gender-neutral baby after their older child "discovered gender around the age of four."
"We are in no way prohibiting Sparrow from having a gender, and we're not forcing them to be one gender or another," Dennis explained. "People will be like, 'Oh, the child will be confused!' No. If gender is really something in you, then no one's going to change that."
Dennis said that she simply won't put her child into a box.
"There's nothing wrong with pink. There's nothing wrong with blue," Dennis said. "There's something wrong with forcing kids into roles."

Dennis' idea about gender-neutral parenting isn't brand-new; in 2018, two Utah parents revealed that they would not reveal their children's gender at all.
Similar to the Dennis family, the Utah family subscribes to what they said was the "gender creative" notion, where a child is permitted to choose their gender when they come to the ripe old age of 3 or 4 years old.
At the time of this writing, the Utah family's child — Zoomer — still appears to be gender-neutral.