Josh Kushner's parents refused to meet his wife Karlie Kloss for six years and 'spoke horribly' about her behind her back, an expose of the family claims.
Charles and Seryl Kushner, whose other son is Jared, the son-in-law of Donald Trump, banned Kloss from family gatherings because they hated her so much.
The Kushners hated how Kloss was not Jewish and the family, who were billionaires thanks to their real estate empire, thought that a Victoria's Secret model was beneath them.
Family friends mocked Kloss as 'the lingerie model' and they feared that Josh had 'doomed' the entire bloodline.
Jared, whose wife Ivanka Trump is a Jewish convert, also piled in and dismissed Kloss as a 'shiksa', a disparaging and offensive term for a non-Jewish woman.
He also said that the 'family is going to take care of that', according to the new book Kushner, Inc.: Greed. Ambition. Corruption. The Extraordinary Story of Jared Kushner and Ivanka Trump by Vicky Ward.
The claims in the book by the journalist author shed new light on Josh and Kloss' relationship, which began in 2012 and had a six year courtship. 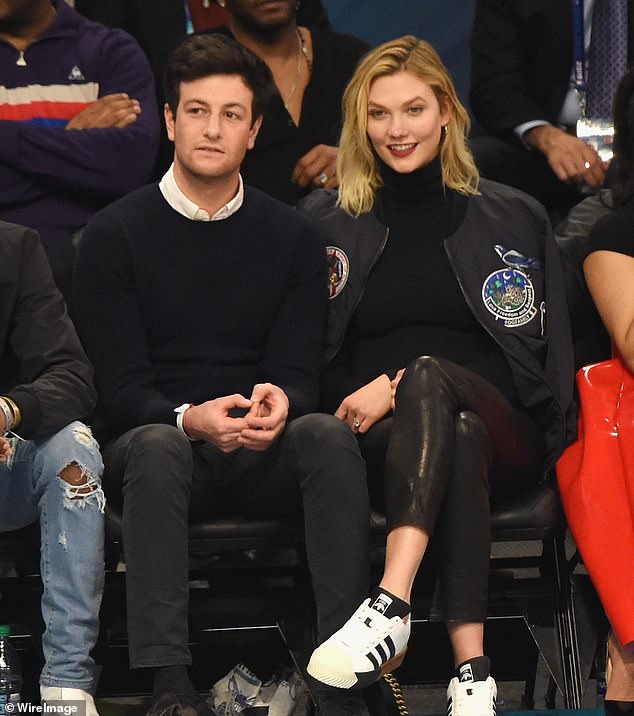 +8
Josh Kushner's parents refused to meet his wife Karlie Kloss (pictured together in February) for six years and 'spoke horribly' about her behind her back, an expose of the family claims

The couple got engaged in June last year and soon after Kloss converted to Judaism in a move which now looks designed to please her husband's parents.
Kloss, the new host of Project Runway, revealed in October that she and Josh had got married in a quiet ceremony in upstate New York - but only after the event.
Josh's parents were reportedly there, as was Jared and their two sisters but it appears to be a very low key affair.
According to Kushner, Inc., Josh extracted revenge on his parents by not asking them to play any part in the nuptials, denying him the society event which he would have preferred and Charles was 'noticeably restrained' when talking about it to a family friend.
A Kushner family member explained why to Ward; saying Seryl thought that Josh's marriage to Kloss was her 'biggest failure'.
According to Kushner, Inc. the family disapproved of Kloss right from the start when she and Josh began dating in 2012.
Aaron Gell, who was editor of the New York Observer at the time, congratulated Jared, who was also the owner of the paper, when the news broke.

Video playing bottom right...
Click here to expand to full page
Loaded: 0%
Progress: 0%
0:22
Pause
Unmute
Current Time0:22
/
Duration Time1:00
Fullscreen
ExpandClose
Jared supposedly said: 'Don't worry. The family is going to take care of that. We're not very happy about him dating a shiksa. We're hoping he'll move on'.
Jared also supposedly added: 'She's not that smart'.
The tensions were so bad that Josh told Gary Cohn, Trump's former economic adviser, that he was not allowed to bring Kloss to family gatherings for six years.
When Josh protested that Jared had done exactly the same thing as him with Ivanka Trump, he was told it was different.
Ward writes: 'Ivanka, they explained, was different. She was a Trump. She was also, like Jared, real estate royalty. And she'd attended an Ivy League school, the University of Pennsylvania.
'Kloss grew up in Webster Groves, Missouri, a suburb of St Louis, and hadn't even been to college when she and Josh began dating'.
Karlie Kloss and Joshua Kushner's romance through the years
Loaded: 0%
Progress: 0%
0:00
Previous
Play
Skip
Mute
Current Time0:00
/
Duration Time1:04
Fullscreen
A New York rabbi's wife told Ward that Charles and Seryl were of the mindset that 'once you marry out (of faith) that you have sort of doomed your family chain...that you have lost something tremendously valuable'.
The wife said: 'It is a source of tremendous shame for someone like Charles Kushner who sets so much store in his Jewish identity.'
Charles made a major push to get Josh to dump Kloss in January 2017 at a dinner in the Trump International Hotel in Washington after a gathering of 40 family members to celebrate the President's inauguration.
Over the meal Charles 'turned nasty' towards Josh and gave him the warning about Kloss, telling him: 'We expect you to do the right thing. The person you are with is not the right person'.
Josh 'absorbed his father's abuse in silence' but later on Charles 'kept needling' his son even after others had joined their group, adding to his shame.
The row took its toll on Josh and family friend Alan Hammer said it 'troubled him deeply'.
Hammer said that Josh 'doesn't want to hurt his parents' but he had found the woman who he loves.
Last summer Josh's parents appear to have finally relented and they agreed to meet Kloss, even letting her stay at their beach house for a long weekend a few months before the wedding.